February 01, 2013
Since my super sparkly glitter nails are still holding up and they took so long I can't bear to take them off, I'm going to do what I've been putting off for a while, and that's to do my 2012 year in review post!  Yes, I realise it's the 30th of January but I've done 390 posts on this blog and I want to reflect a little.

There's too much here to fit in one post so let's start with the first part of my three part reflection.  Gotta start with glitter, right?

My most recent and most complex glitter mosaic comes in at number five.  It's sparkly and took forever but the holo glitter I usually use is even more sparkly and is a better colour combination.  I can still see where there glitter surface is uneven, which annoys me, but as a whole, it's still awesome.

Another recent post, I was really happy with how my red and blue harlequin nails came out.  This also, unsurprisingly, took a long time to do and nearly sent me cross-eyed.  It's at number four because I love a good rainbow but makes it on the list because while the colours are clearly separate up close, from a distance it looks purple, with pretty red flashes.  I love that I got the glitter to line up so neatly, it makes me happy. 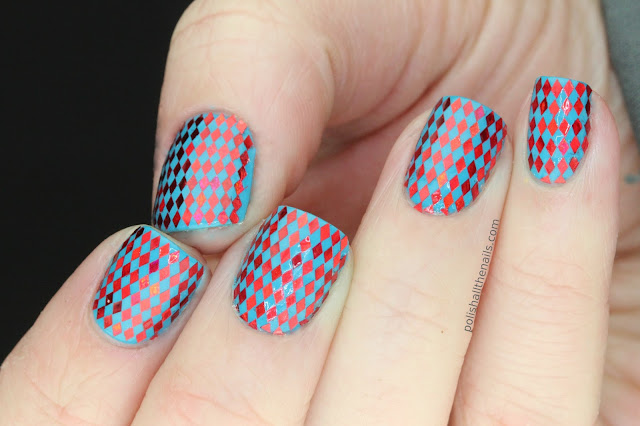 I usually stick to using small glitter because I HATE it when pieces of glitter don't sit completely flat on my nails. That's when I cave half a day in and end up picking it off.  Anyway, I have a large collection of little pots of glitter and decided to give the larger pieces a go, because they work so well together, colour wise.  I even had the time to trim the glitter so it sits properly at the cuticle and nail tip.  Yay rainbow fishies! 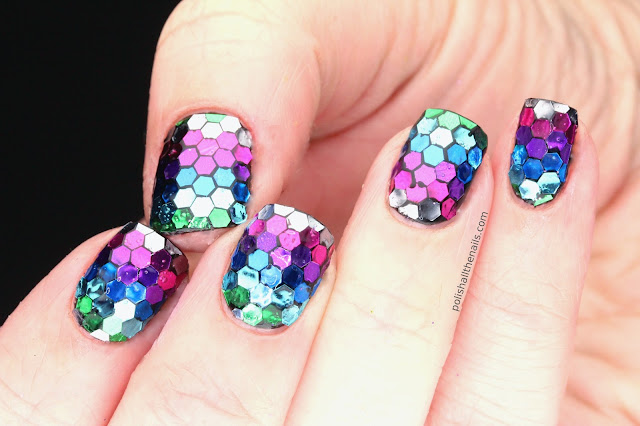 Diamond shaped glitter is always tricky to work with because it so easily sticks up and catches on things.  I was playing around with it one night when I realised that I could make cubes out of it!  I wasn't sure about making a full coverage mani with it so I let the cubes meander around my thumb and ring finger.  Turns out, that works pretty well! 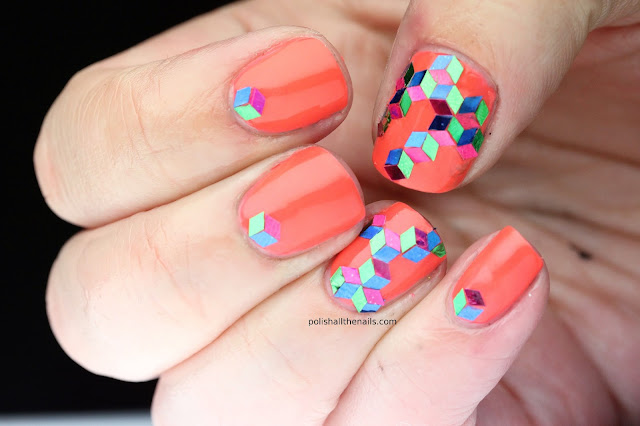 I've done a ton of different manis with this holo glitter but the one that started it off were my stained glass glitter nails I did for my friend's birthday.  All night people commented on my nails, asked if they were stickers, basically showered me with attention which is pretty much all I ask for in life.  I can see things I want to fix here, but it's sparkly so it's ok. 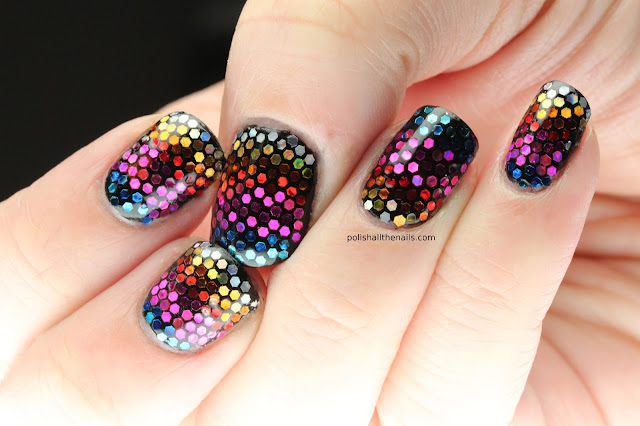