August 24, 2014
Hot damn do I love neon studs.  I mean, look at how awesome they are and are.  And saying hot damn.  But mostly neon studs.  They have this awesome smooth texture and THEY FRICKING GLOW UNDER BLACKLIGHT.  The only way these could be more awesome is if they were somehow holo too but I think I can survive.  I really should come up with a new pattern....eh.  I have soooo many too, if you're interested..... NEONNNNNNNNN. 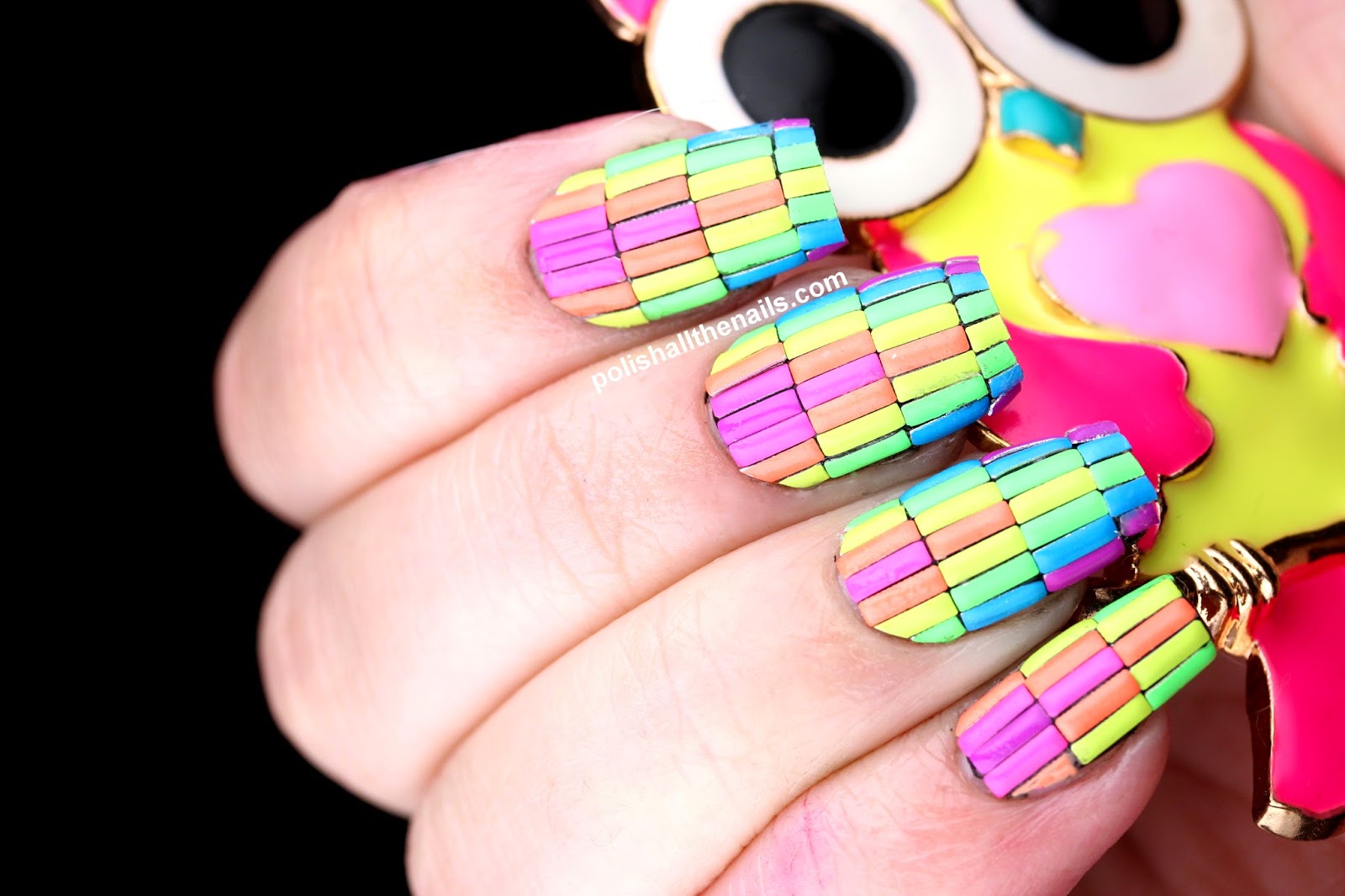 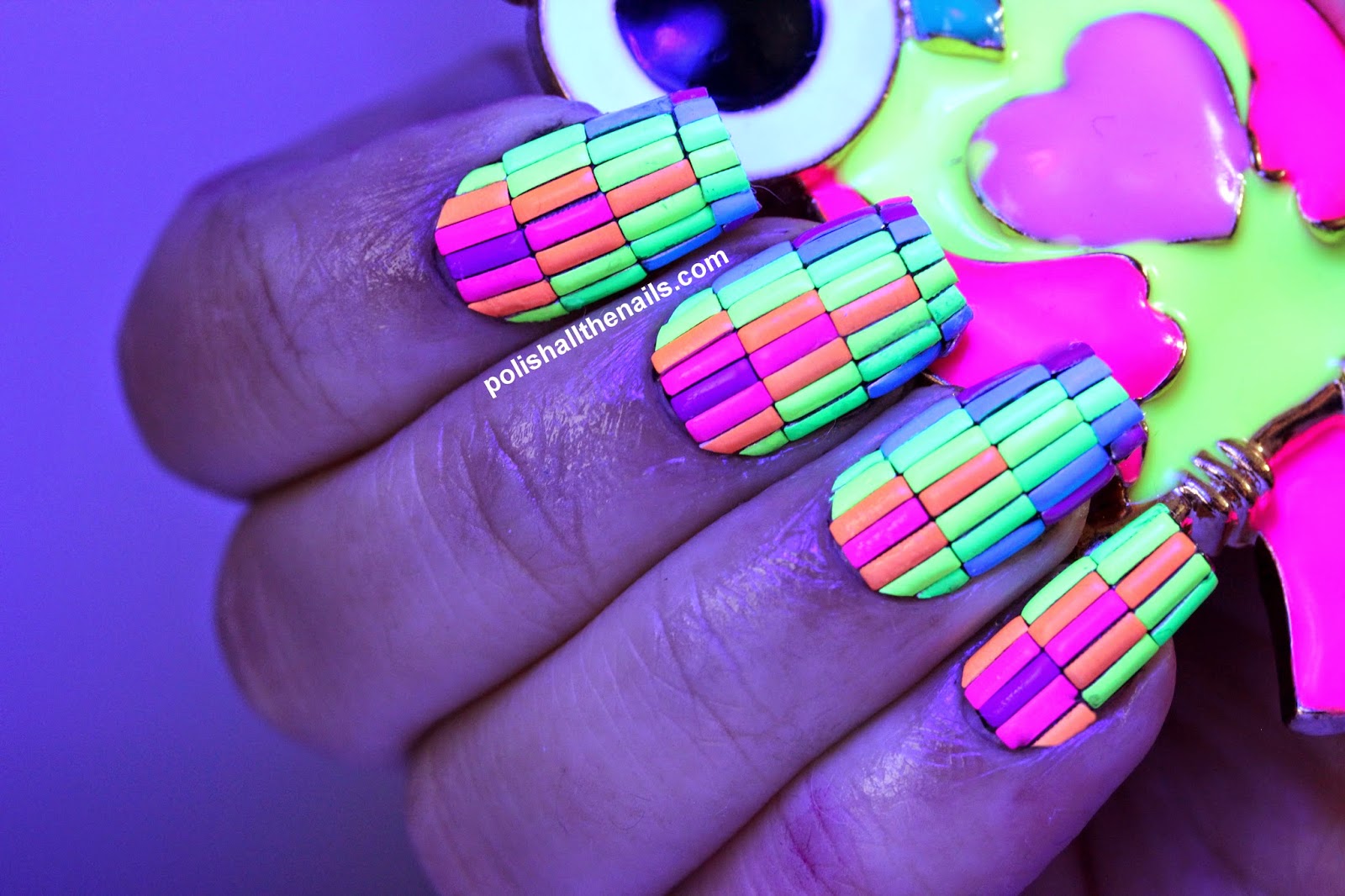 I've tried a few different ways to stick these on and the best I've found so far is it slather on the top coat and just make sure each stud is pressed down firmly, without having the base polish overflow.  I like black for the contrast to the studs, so I started this off with two coats of China Glaze Liquid Leather.  Then, using Essence Top Coat - anything that isn't fast drying will do - I worked my studs.  Usual deal: start in the middle and do a column of studs, then work out each side.  I left the end pieces overhanging til I was done, then trimmed them off.  Same with the cuticle pieces.  Just use a small pair of scissors and you'll be right.  Oh, and HOLY BALLS, BLACKLIGHT. 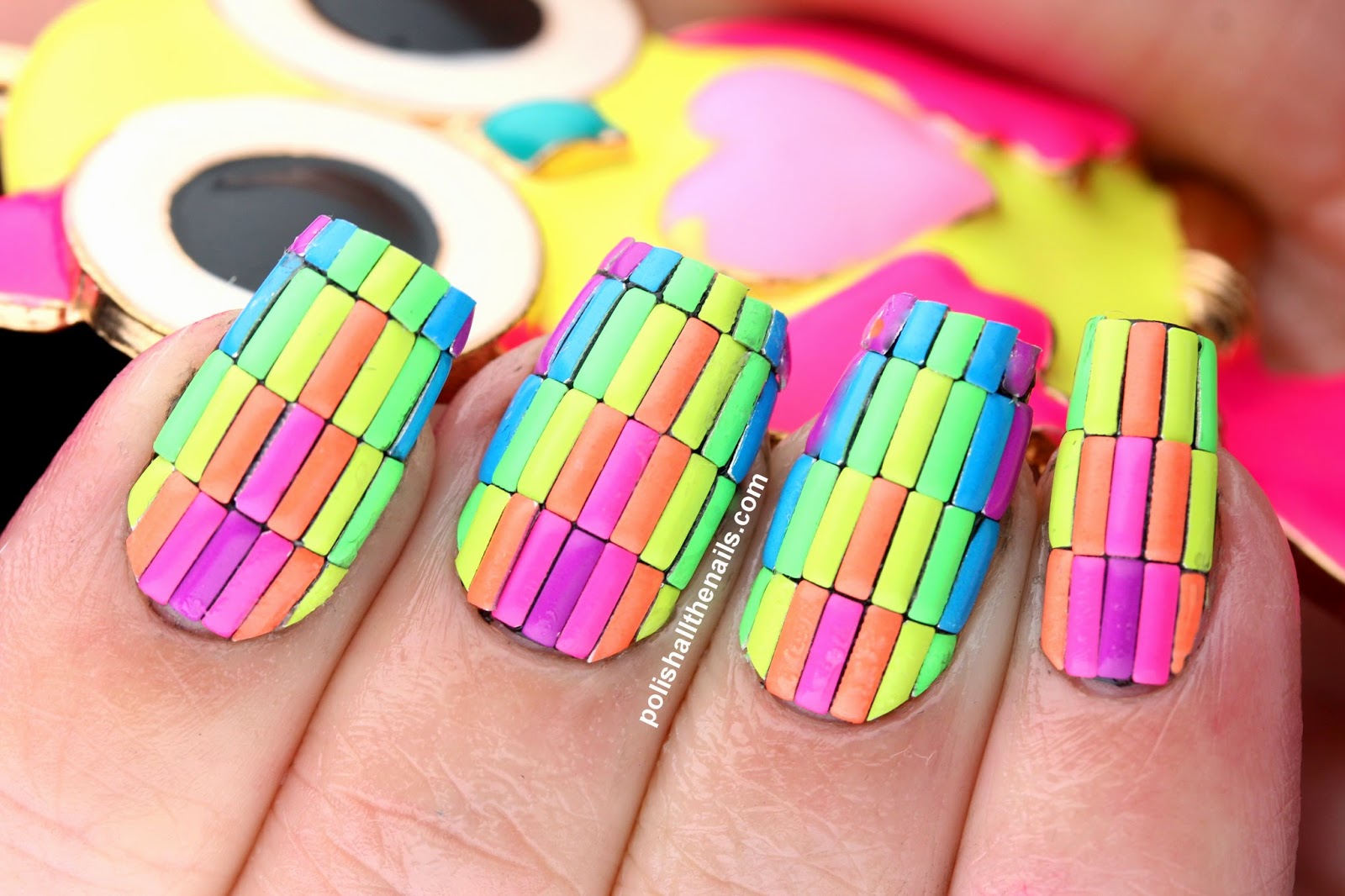 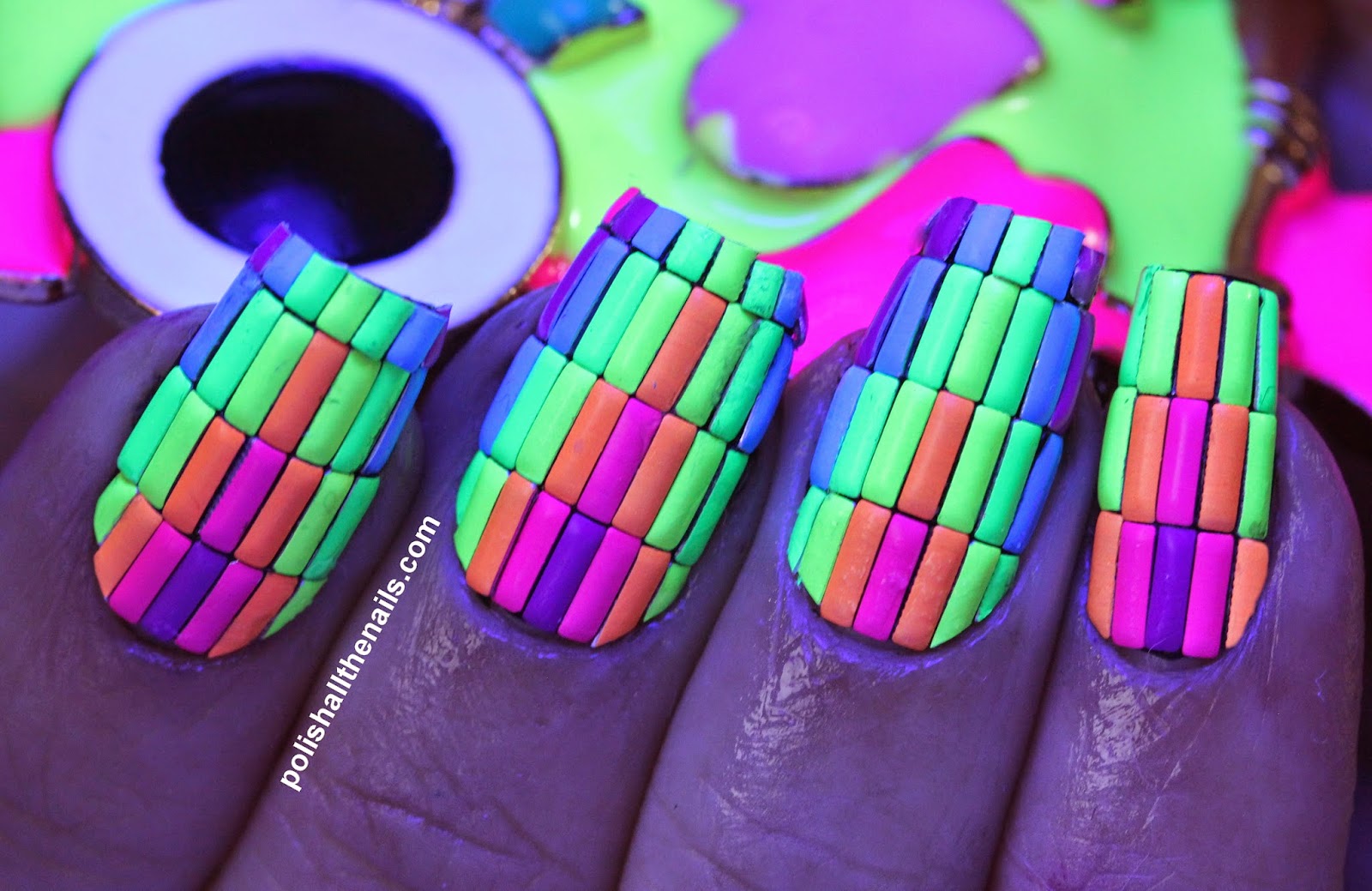 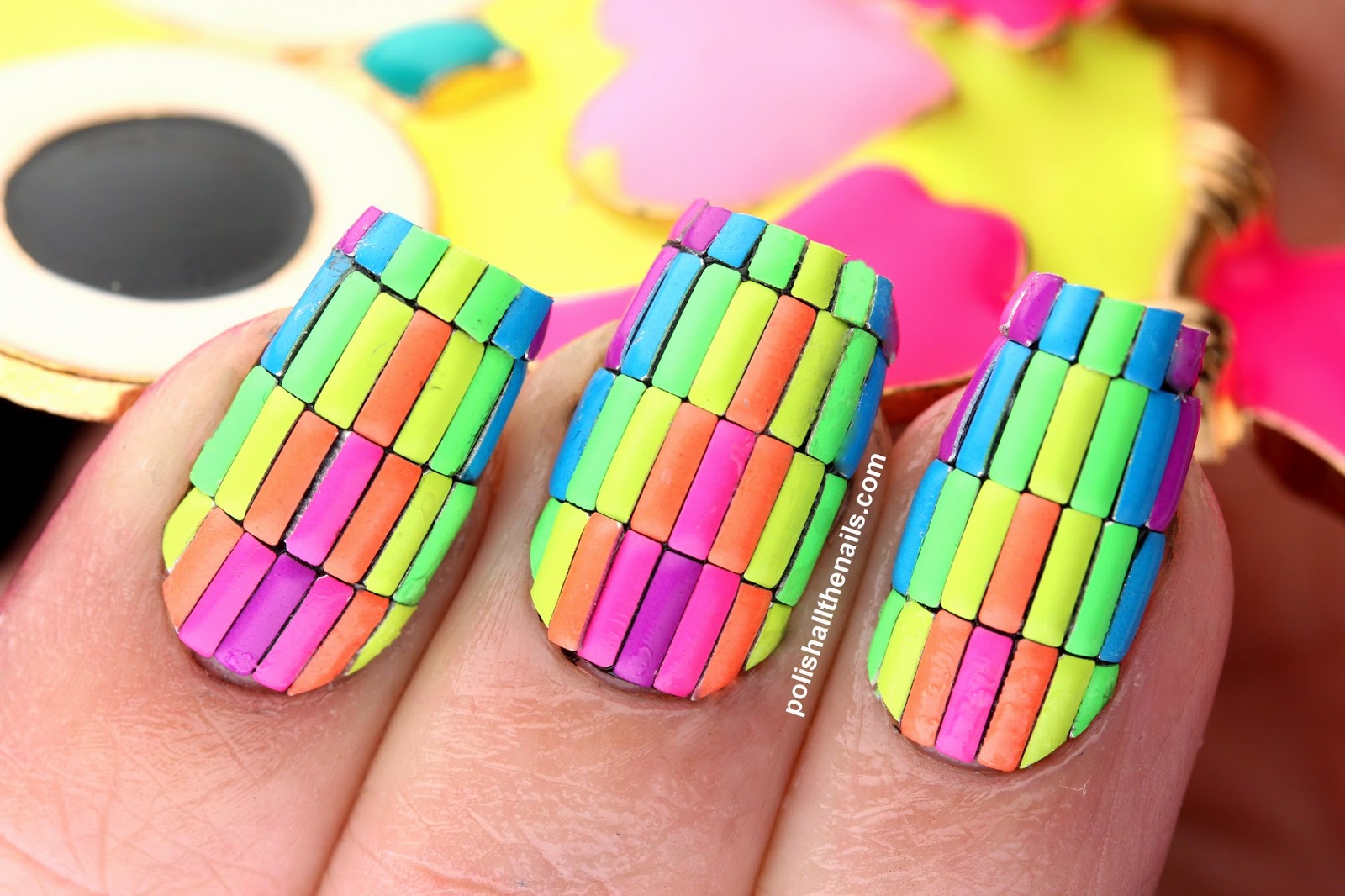 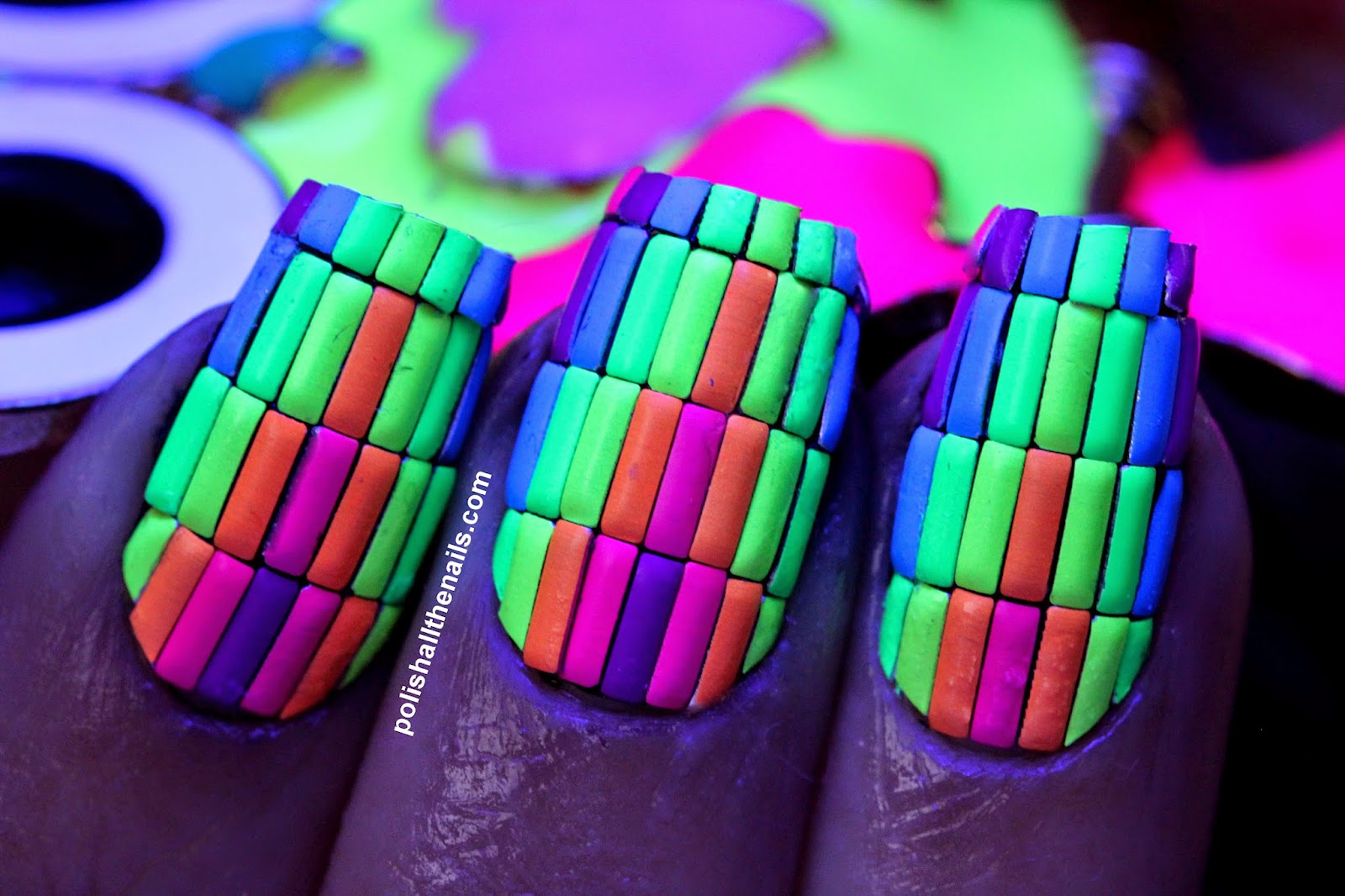 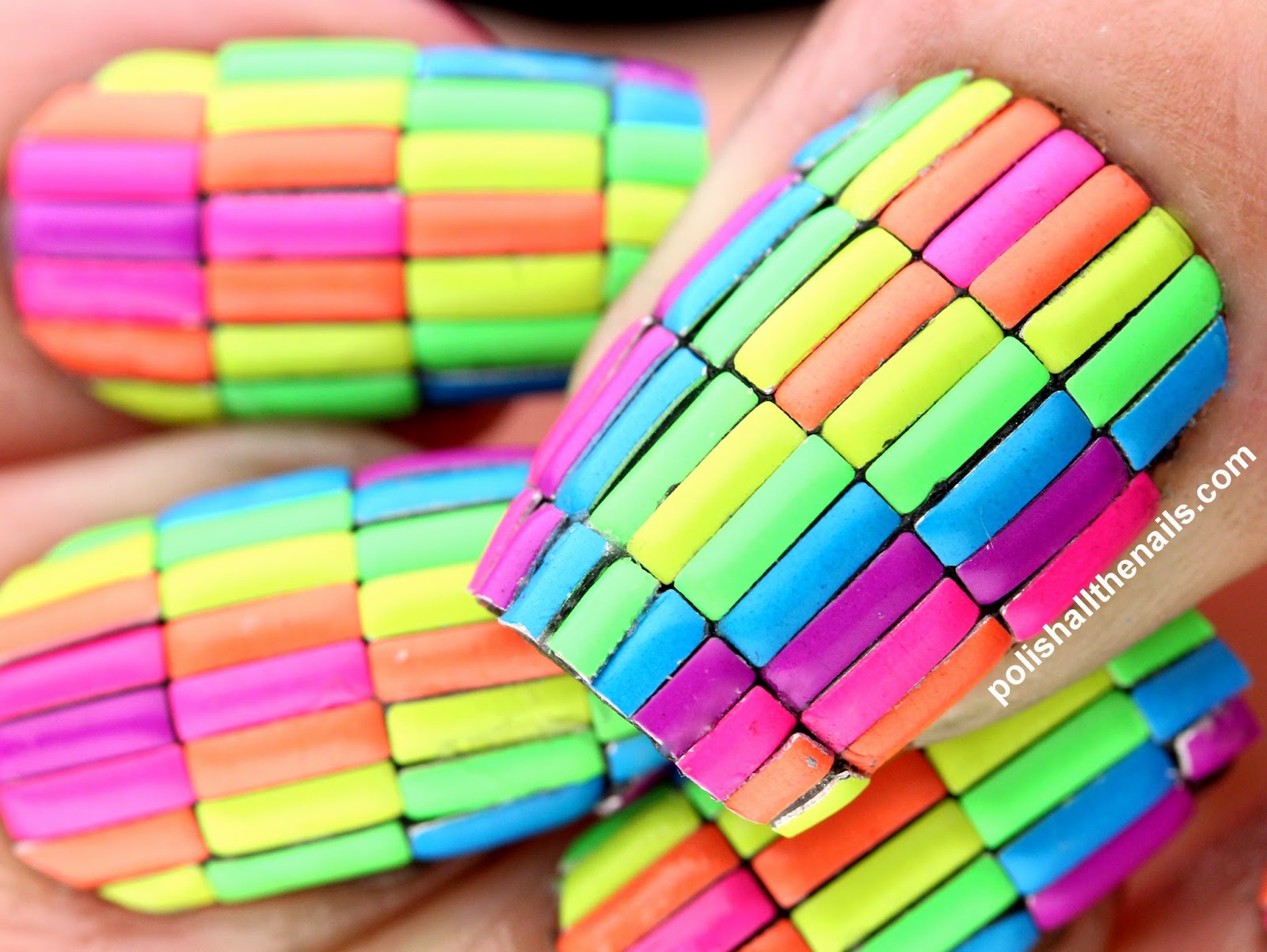 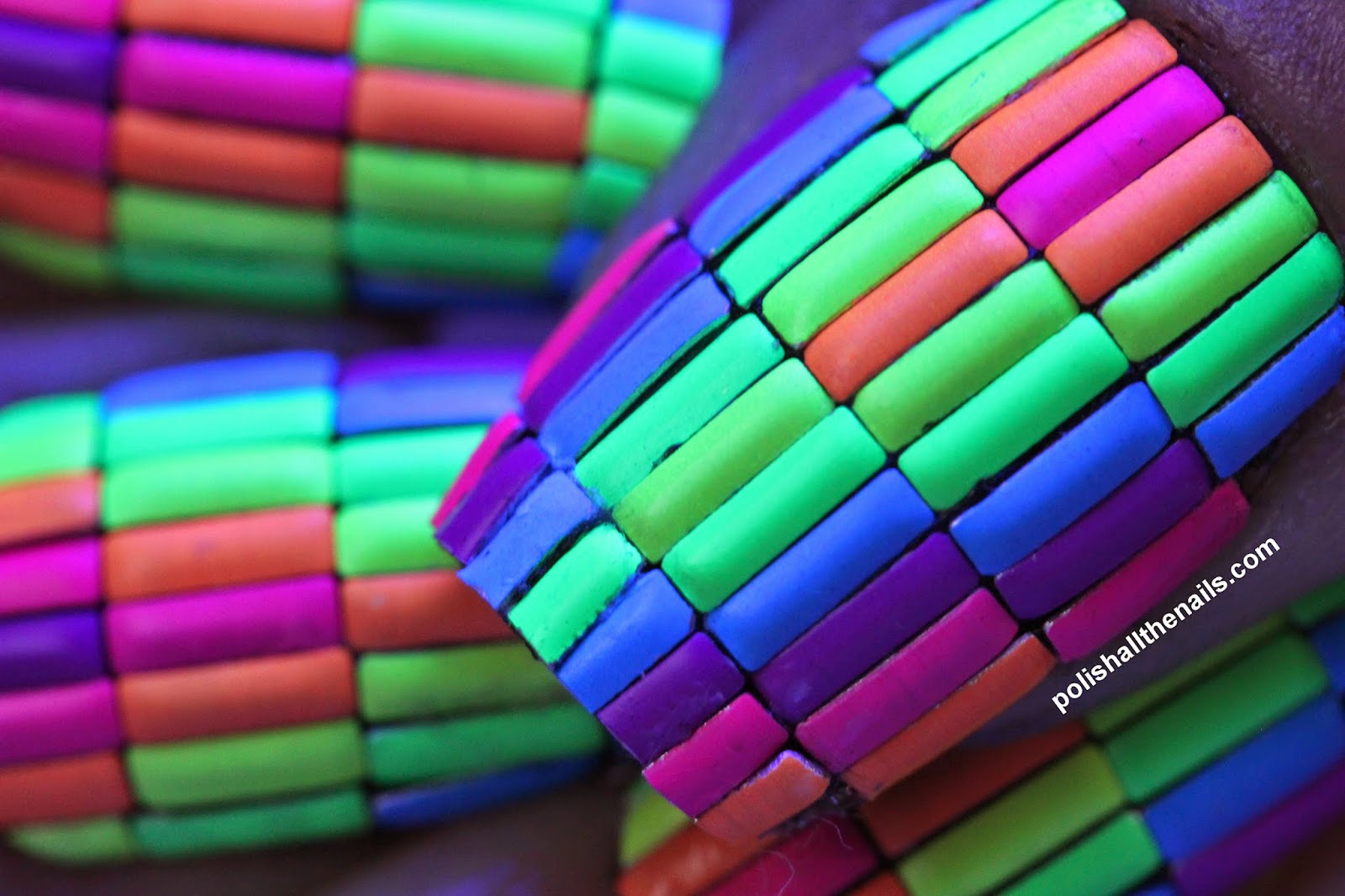 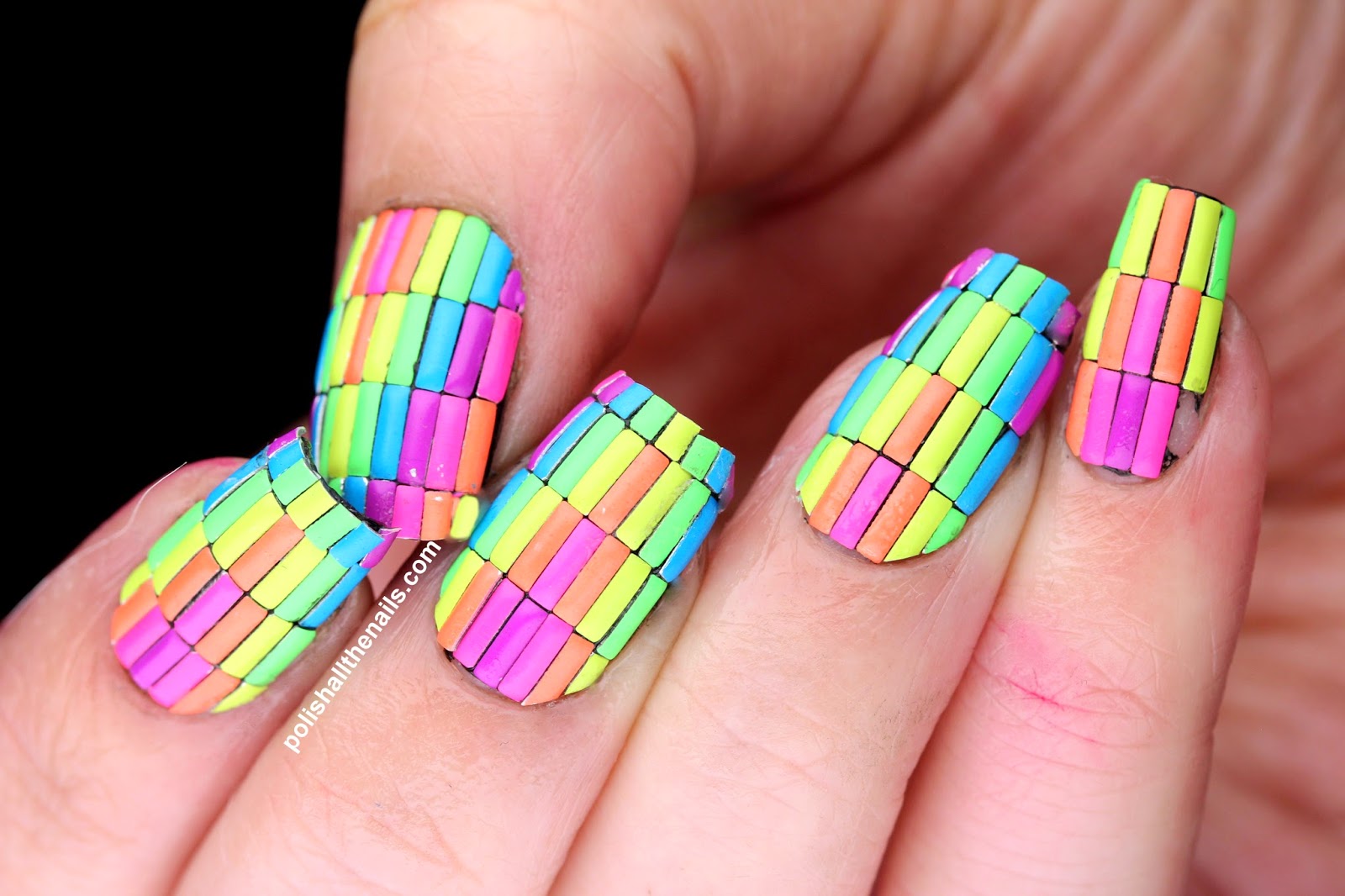 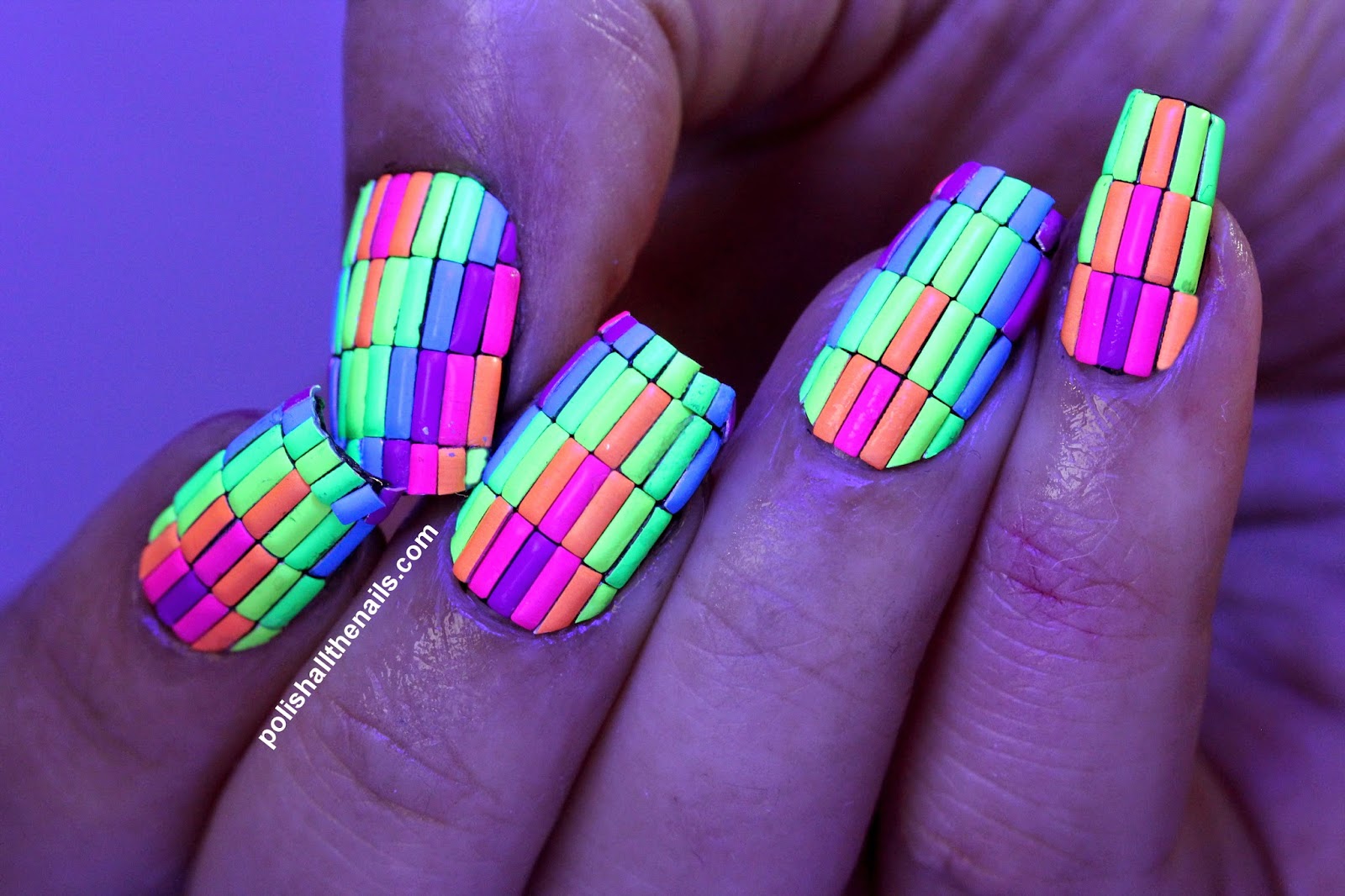 The Verdict:  I think I like these 1.5mm x 5mm studs the most. Being so narrow they aren't affected by the curve of my nail and aren't so long that there isn't enough room for patterns.  WIN.

These particular size will be available on The Sparkly Shop on Friday!