May 04, 2012
After the reasonable success of my last dry marbing experiment, despite the emotional pain inflicted on my camera, I decided to give it another shot, this time with raaaaaaaiiinbows.  I fear that, while very rainbowy, I've made a huuge mistake that kinda ruins it.

First up, I got out my handy sandwich bag and painted a rainbow strip with five different LA Color Art Deco Colors I found at Honest Ed's for $2 each.  Once each stripe was done, I took a toothpick and dragged it through all the colours.  Awesome, wicked sick, I even made enough for if I messed up one and left it on an angle like last time.  Chopping a bit off one end, all ready to stick on my heavy coat of Seche Vite.  Here I come to a cross roads.  Blue end or red end at the cuticle?  Shoulda chosen blue because now it looks like I have the most terrible cuticles.  And now my ring finger hurts from trying to get the red off :( 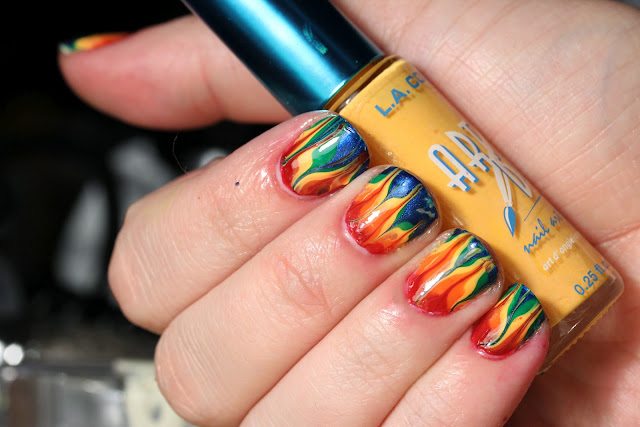 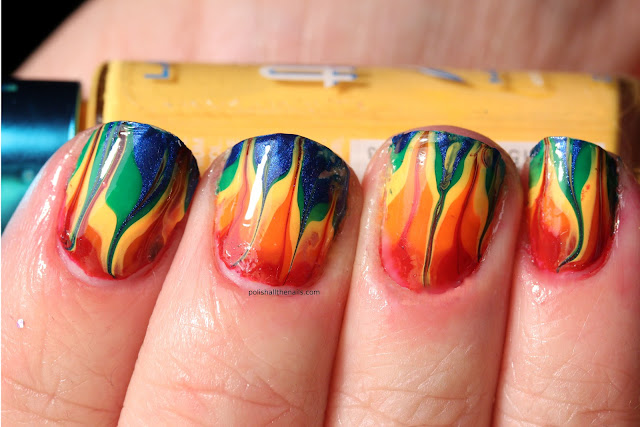 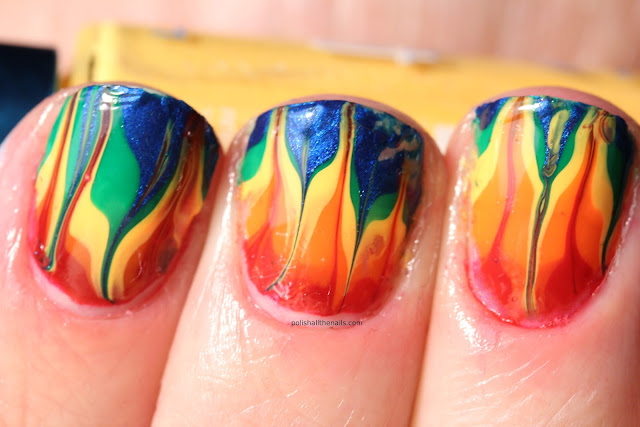 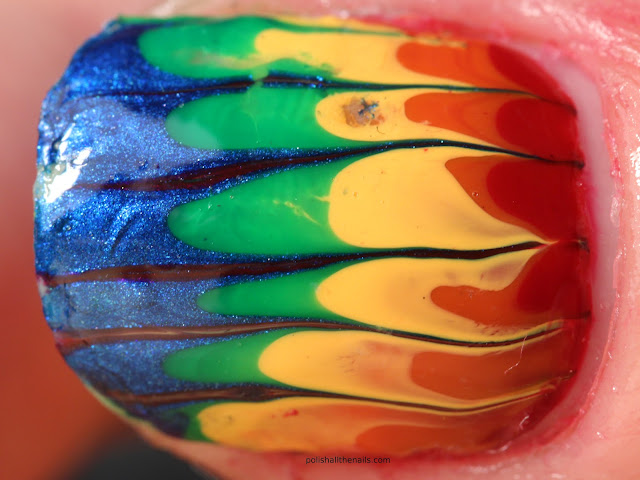 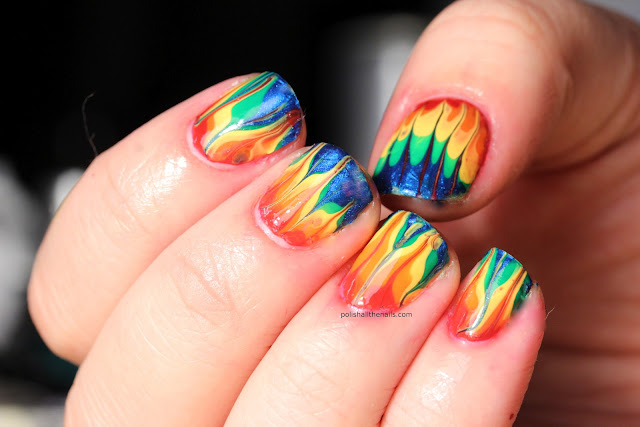 The Verdict: I like the colours and the rainbow, I'm just already super self-conscious about my cuticles, being a recovering cuticle-picker who's under an enormous amount of pressure.  Next time, NEVER RED AGAINST THE CUTICLES.