June 21, 2012
Ever since I played with Urban Outfitters Blood the other day (the nail polish, not the...uh..bodily fluids) I've been tormented by it.  It was such a good red and I just didn't do it justice.  I've been toying with the idea of doing gingham nails for a while now and figured that since it was such a good jelly, it would make for a good ol' check pattern.  I wanted a polish that was noticeably darker between coats for the cross sections.

First up, two coats of my favourite nude, Orly Porcelain.  I've used this one quite a few times now and it's one of the few light/nude colours I've found that doesn't look streaky in two coats.  I'm usually adding a lot of layers on top of it so I need something that's even in as few coats as possible.  Once that was dry, I thought about using tape but that was too much work.  I found a small, narrow brush and just dipped it in the OUB (Urban Outfitters Blood, the sentence is just too weird otherwise) and made stripes.  Quick, easy and effective.  I did find though that if your brush fans out just a bit, to be two-three mm wide, you'll get a better effect.  When I did my thumb, the brush was less splayed and the check was less effective. 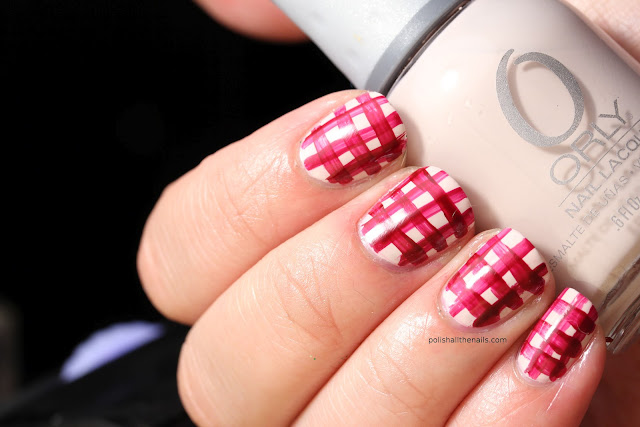 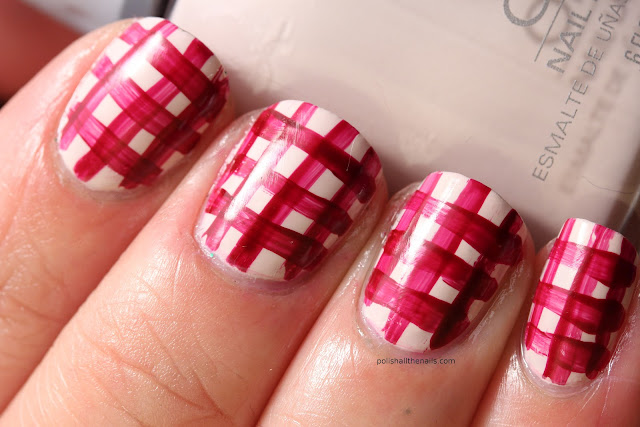 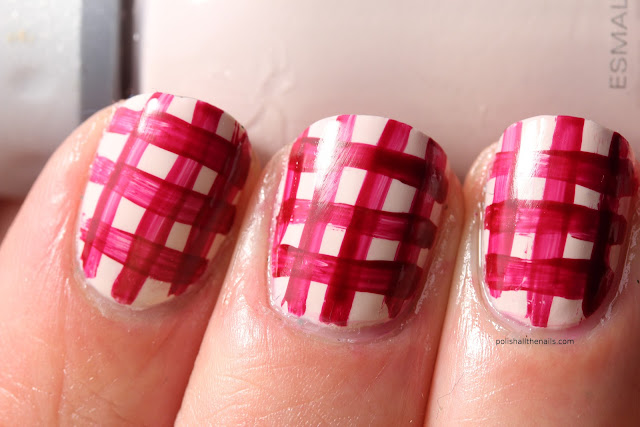 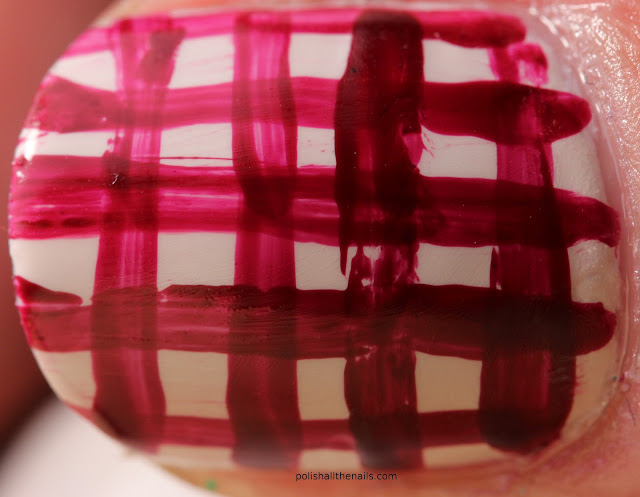 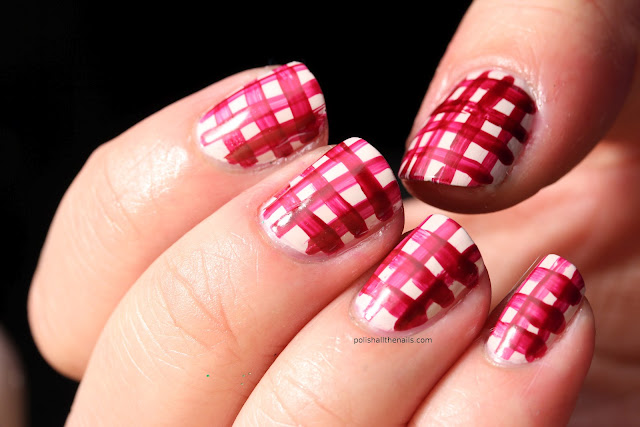 The Verdict: I love how this came out.  I wasn't expecting to but it's awesome.  For once, my less precise application works in my favourite as it looks quite rustic.  If I do say so myself :)