August 07, 2012
As a rule, I'm pretty generous with my reviews of polishes.  I'm more than happy to blame my application, clean up, top coat interaction, etc but sometimes, a polish is just will not apply.  It makes me incredibly sad to say but Butter London Knackered is one of those polishes.

I tried this polish on its own but after three coats it was still too sheer so I decided to layer it over black, always a reasonable choice.  On goes the usual two coats of Rimmel Black Satin and once it was dry, I started with Knackered.  The first coat was ok, you expect it to be a bit sheer and a bit brush-strokey, nothing to worry about.  The second coat usually fixes all the issues but not this time.  The brush strokes got more visible, if anything, and no matter what I did, it still dragged at the cuticles.  Even when I took it off completely and started again, being even more careful it was still terrible.  Sure, the glitter is pretty and the duochrome is nice but the finish gives me the horrors.  The first five pictures below are the second application.  See how it looks as though there's tip wear? I JUST applied this.  The last picture was my first attempt *shudder*. 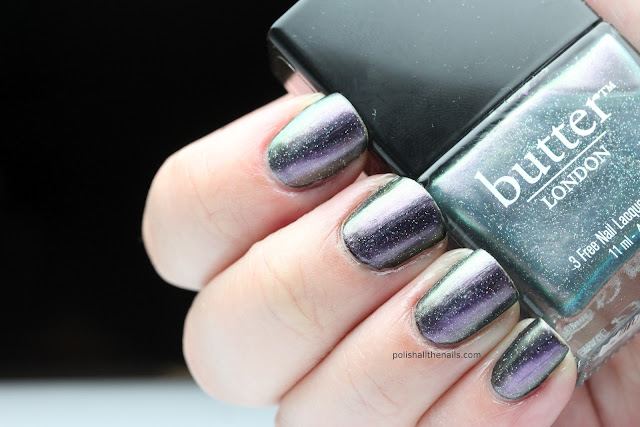 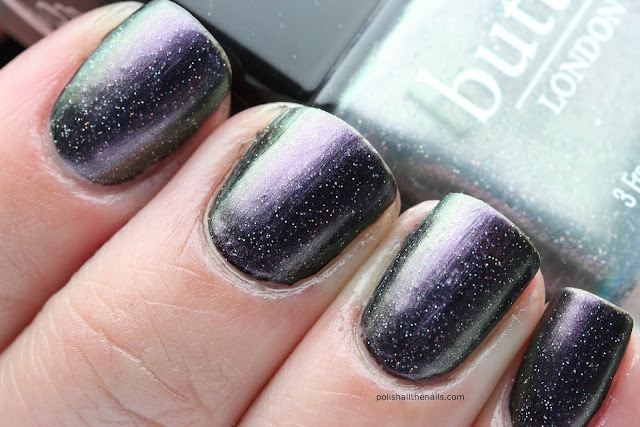 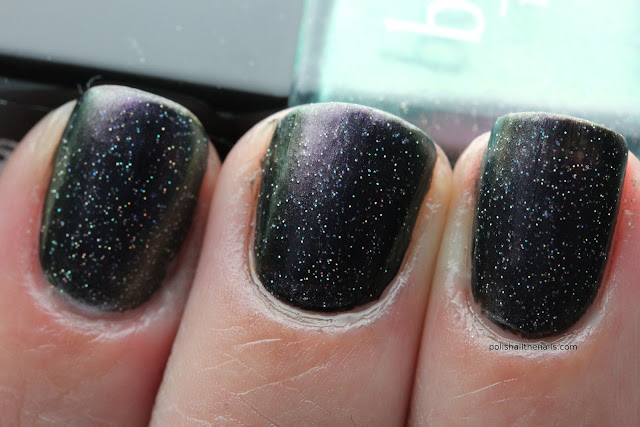 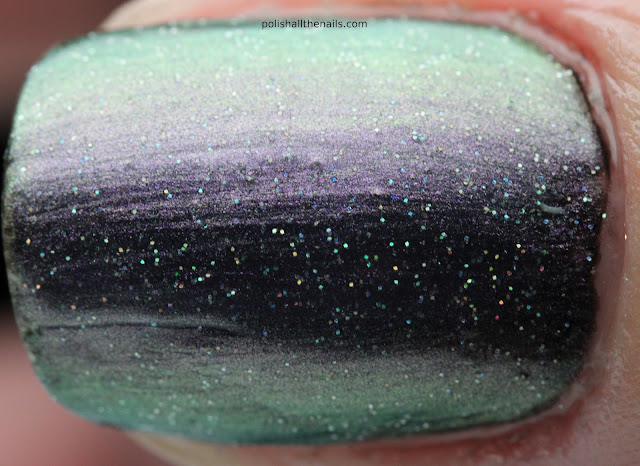 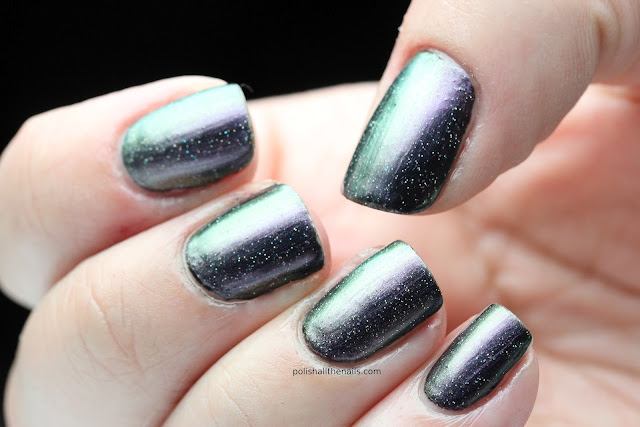 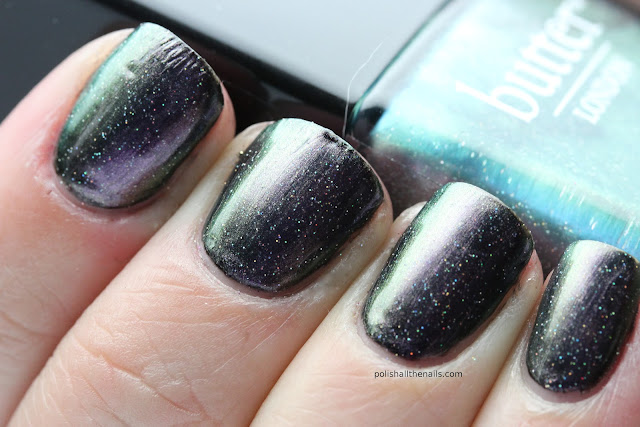 The Verdict:  I finally decided to plurge and get a Butter London and now I'm sad.  It seemed like a good idea but how on earth can anyone deal with the application??