Re-review: Nerd Lacquer All of Time and Space, Warrior Ethos and Event Horizon

April 22, 2013
It's no secret I think indie polishes are awesome.  I love them for all their sparkliness, uniqueness and that they're just made by people.  In their houses.  Sometimes though I just have to go back to the indies that started it all for me, the irreplaceable Nerd Lacquers.  I'm lucky enough to own about a dozen and I thought I might let some of my favourites see the light of day.  Let's take a look at Warrior Ethos, Event Horizon and All of Time and Space. 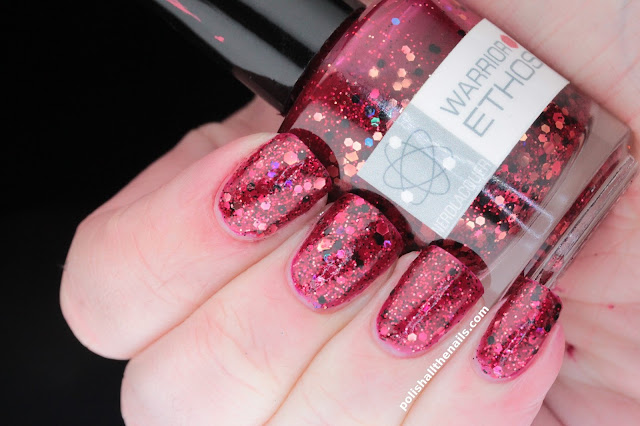 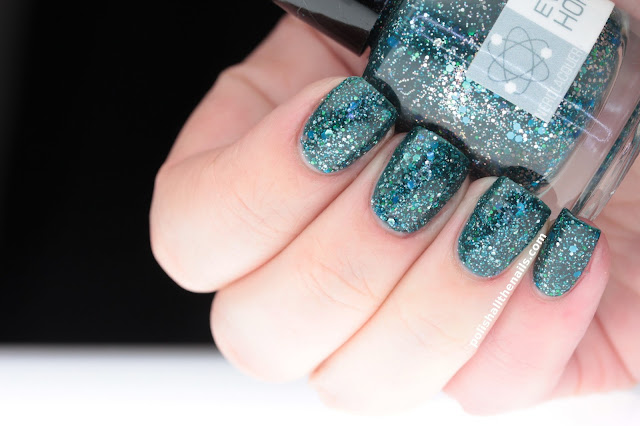 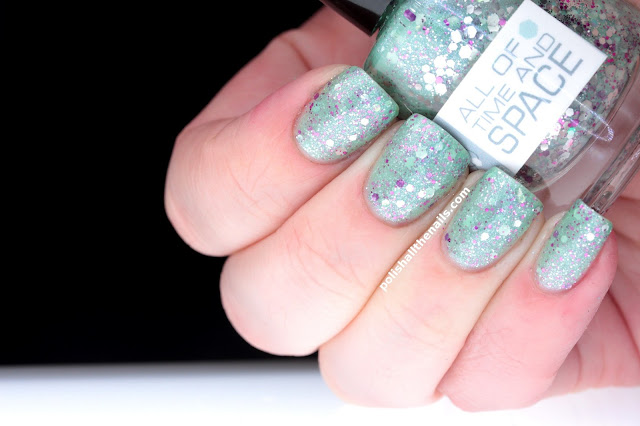 Back in early 2011 when you could actually buy Nerd Lacquers, there was nothing else like it around.  There were a handful of Etsy sellers but not much beyond that.  It was the sparkliness and all-around differentness that drew me in.  Warrior Ethos was one that especially caught my eye.  It's a beautiful, blood-red jelly polish with black, iridescent and red glitters of all sizes.    With these kinds of polishes, you need three coats to let the glitter build up in layers, getting a real sense of depth. 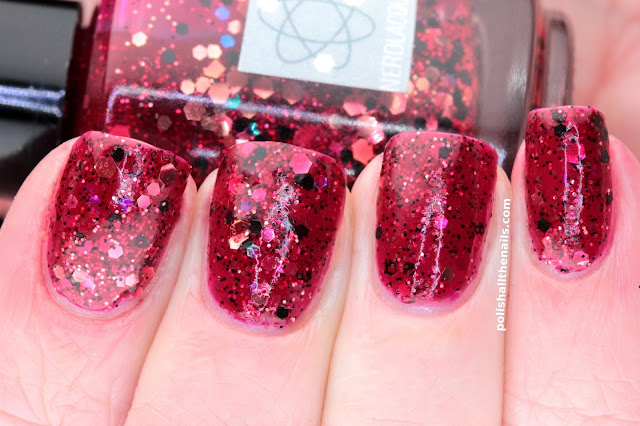 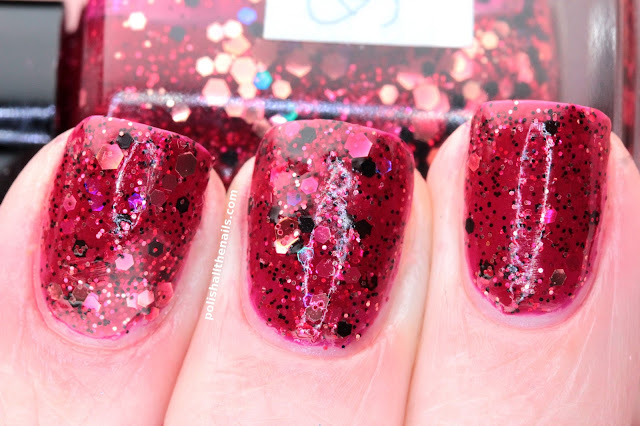 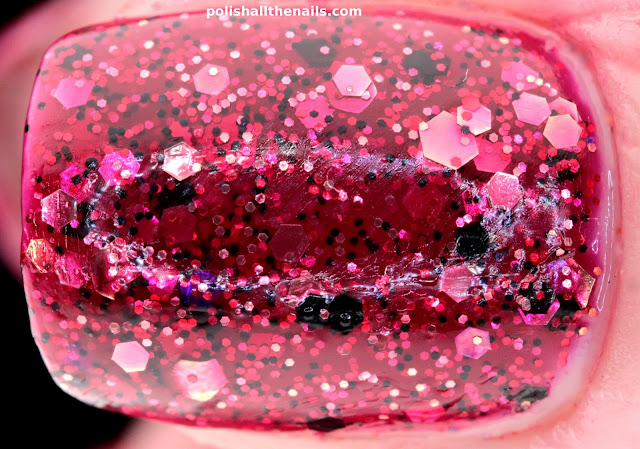 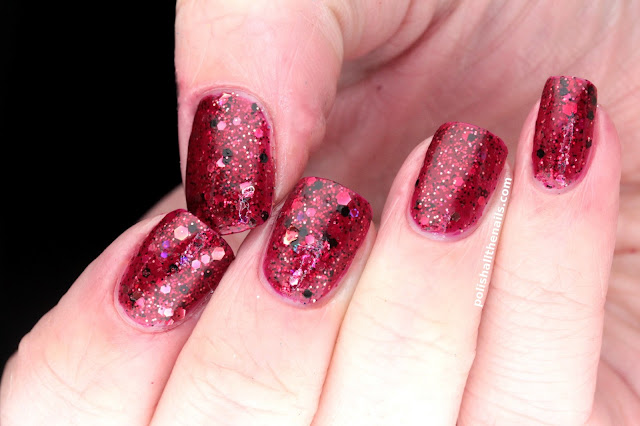 I don't even have words to describe how much I love Event Horizon.  Look at the macro shot on my thumb, look at how much glitter is packed in there!  There's too many different kinds to name, suspended in a deep blue-green jelly.  Just like Warrior Ethos, the more coats you add, the deeper the polish looks.  This one has a whole bunch of holographic silver glitter in there so not only is gorgeous, it's sparkly too. 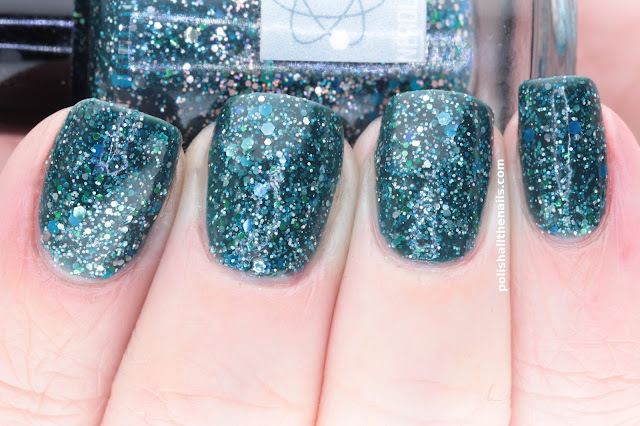 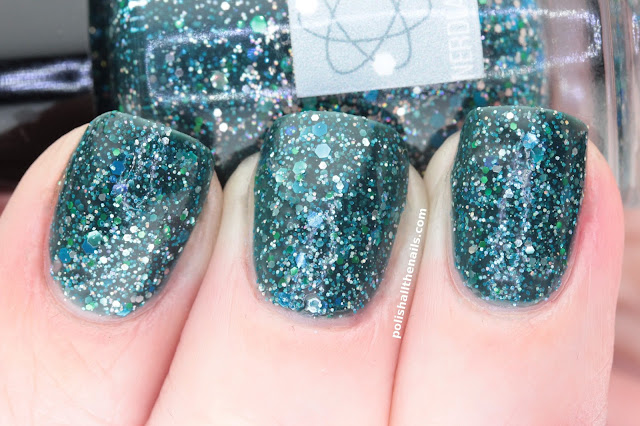 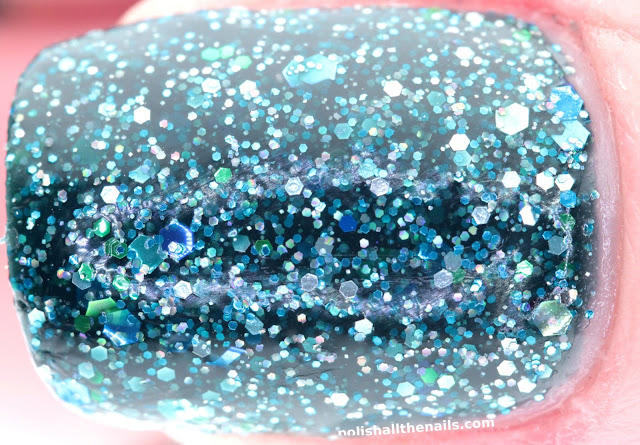 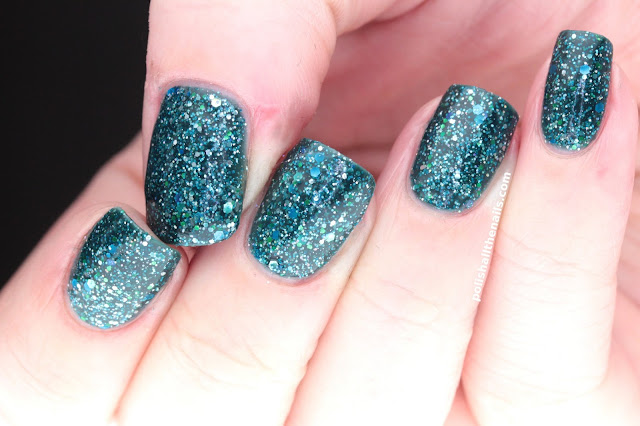 Finally, at least for today, we have the much softer All of Time and Space, an awesome mix of pink and silver glitter in a mint green base.  This one has more of a frosty finish than the first two but it's that pink shimmer that's mixed in there with the glitter that gives it a different kind of dimension.  I feel like this looks almost like Monet's Waterlilies, although that could just be me stretching to find another way to describe how much I love this polish. 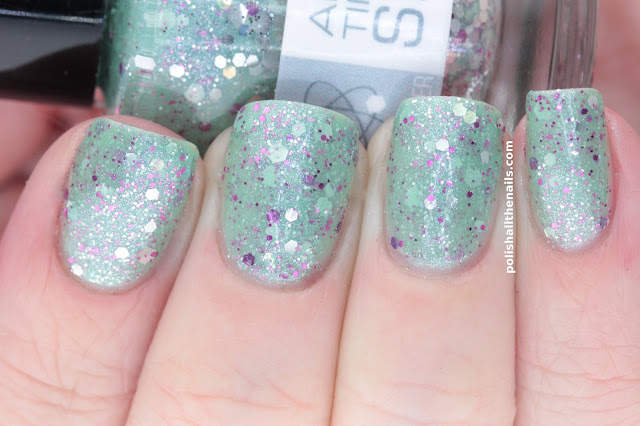 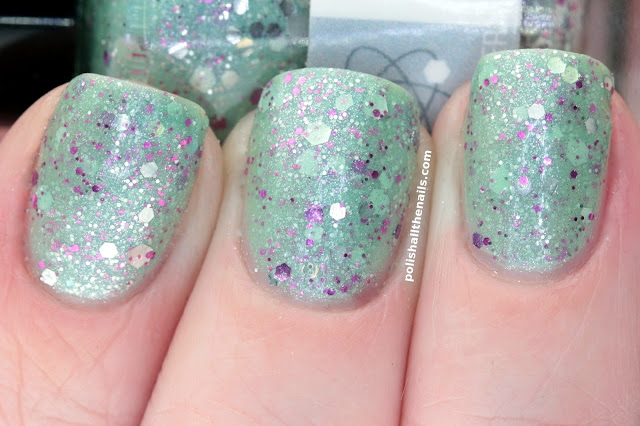 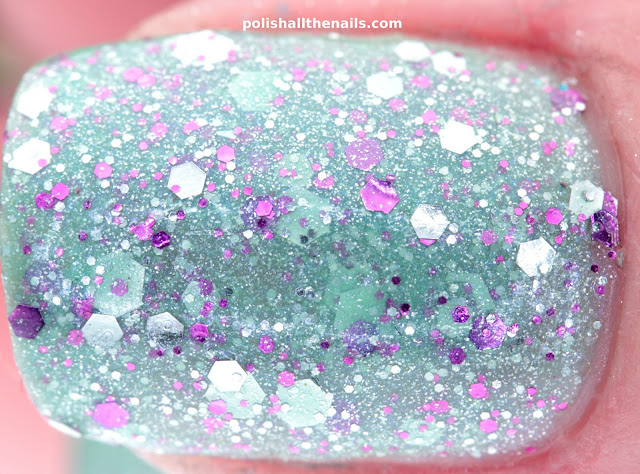 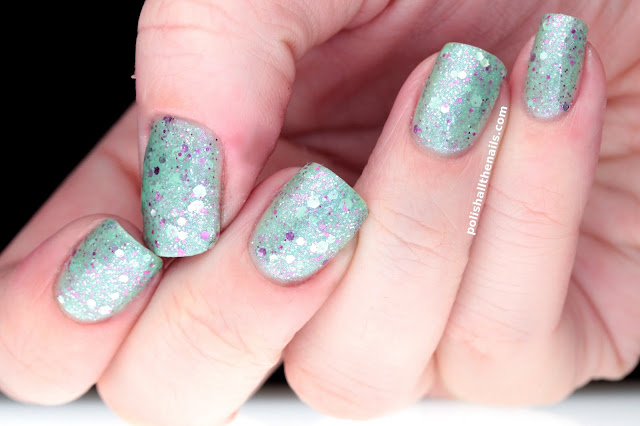 The Verdict: It's been well over a year and just no one has been able to come close to making the same complex polishes as Nerd Lacquer.  I don't mean to disparage other brands - they do their own thing - but Nerd Lacquers were just such an amazing mix of glitter and perfect base jellies, flakies, everything.

I'm also posting this because I'm sad the Ninja Polish site crashed when these were going on sale again recently.  Doesn't hurt to take a look at the originals!  Speaking of, I have reviewed all these before but let's just say I'm a bit better at doing this now.