More Circle Glitter! Because I Can!

August 16, 2013
I can't even write an intro here about how I can't write an intro about glitter any more because there's not much else to say because I've written that too.... let's just look at the sparklies, shall we?  I swear I'm not sick of doing this yet, let's hope you aren't either :) 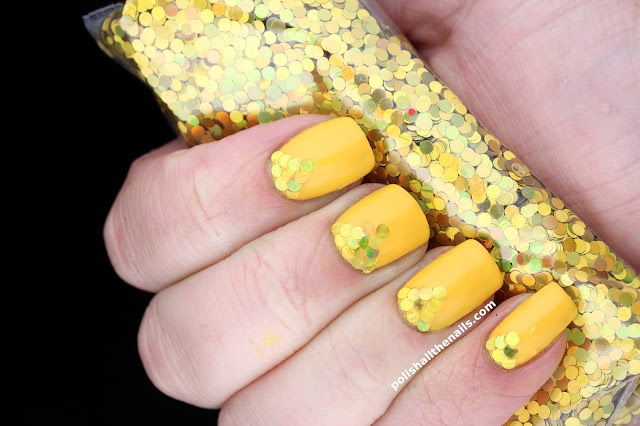 Usual deal with this mani.  Three coats of Urban Outfitters Sunshine because it's a really great yellow, then get to work with the slow drying top coat and the circle glitter.  This was a bit of an experiment for me.  Doing a 100% glitter coverage mani is difficult, mostly because the final top coat doesn't play nice when it doesn't have any actual polish to stick to.  The bonus of doing triangle half moons is that you can seal it all as the glitter area isn't too big.  Start at the cuticle on a nice thick layer of top coat and lay a row of glitter.  Fill in the spaces with the next row, working up to the point at the top.  As this doesn't try fast, you should be able to shuffle all the bits around until it all lines up nicely. 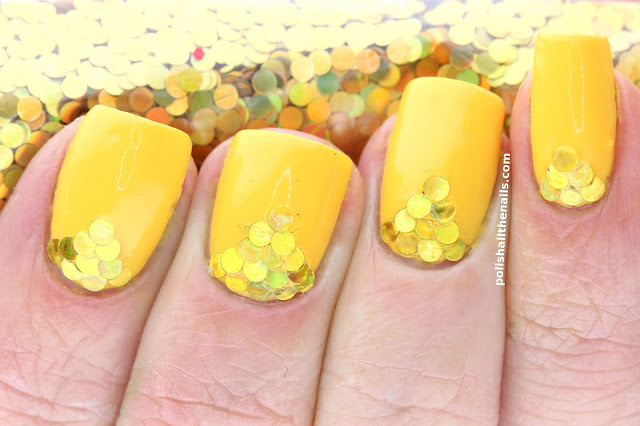 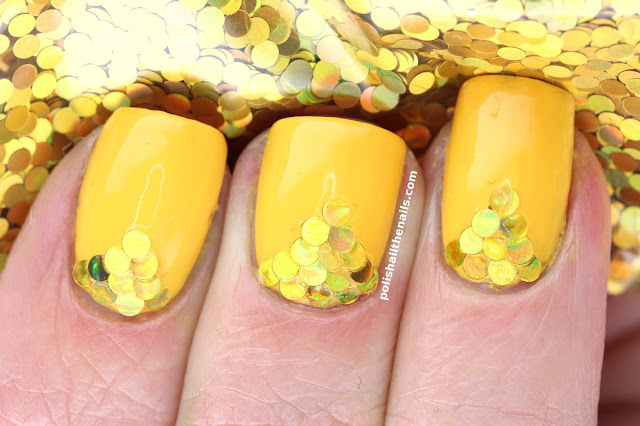 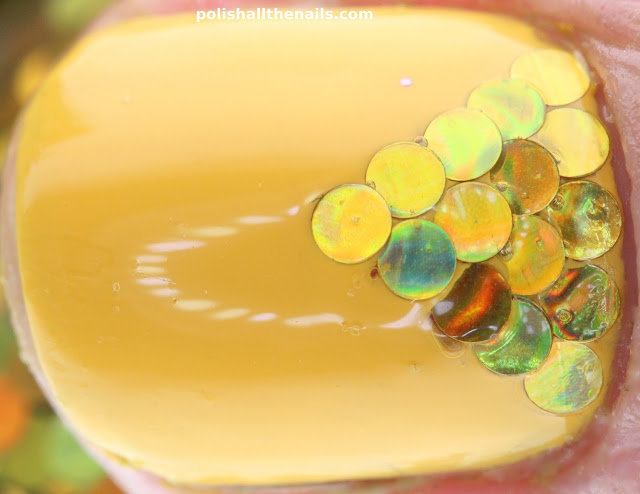 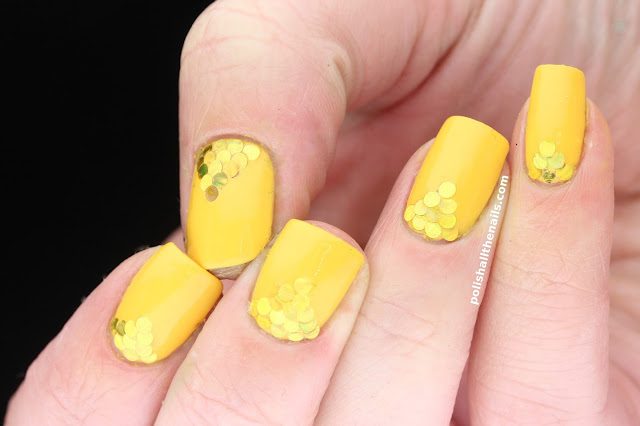 The Verdict: Urgh, this mani is sparkly and good but yet another lesson in why you should clean up more in the actual mani, not do a botched job of it in editing afterwards.  I never photoshop my nails themselves, only my cuticles as they've taken years and years of abuse and need some help sometimes.  Hot damn I love this glitter though.  It's this glitter from Borough Babe Supply, if you're interested.