January 25, 2014
I'm not really sure why but I've become a little obsessed with yellow polishes lately.  I guess I want to make it up to the colour after ignoring it for two years.  Shh, that's a normal thing to do.  Totes.  Anyway, Maybelline Fiercely Tangy is good at fitting in that colour cos it's yellow.  Which means I of course have to put glitter on it.  Taxi nails! 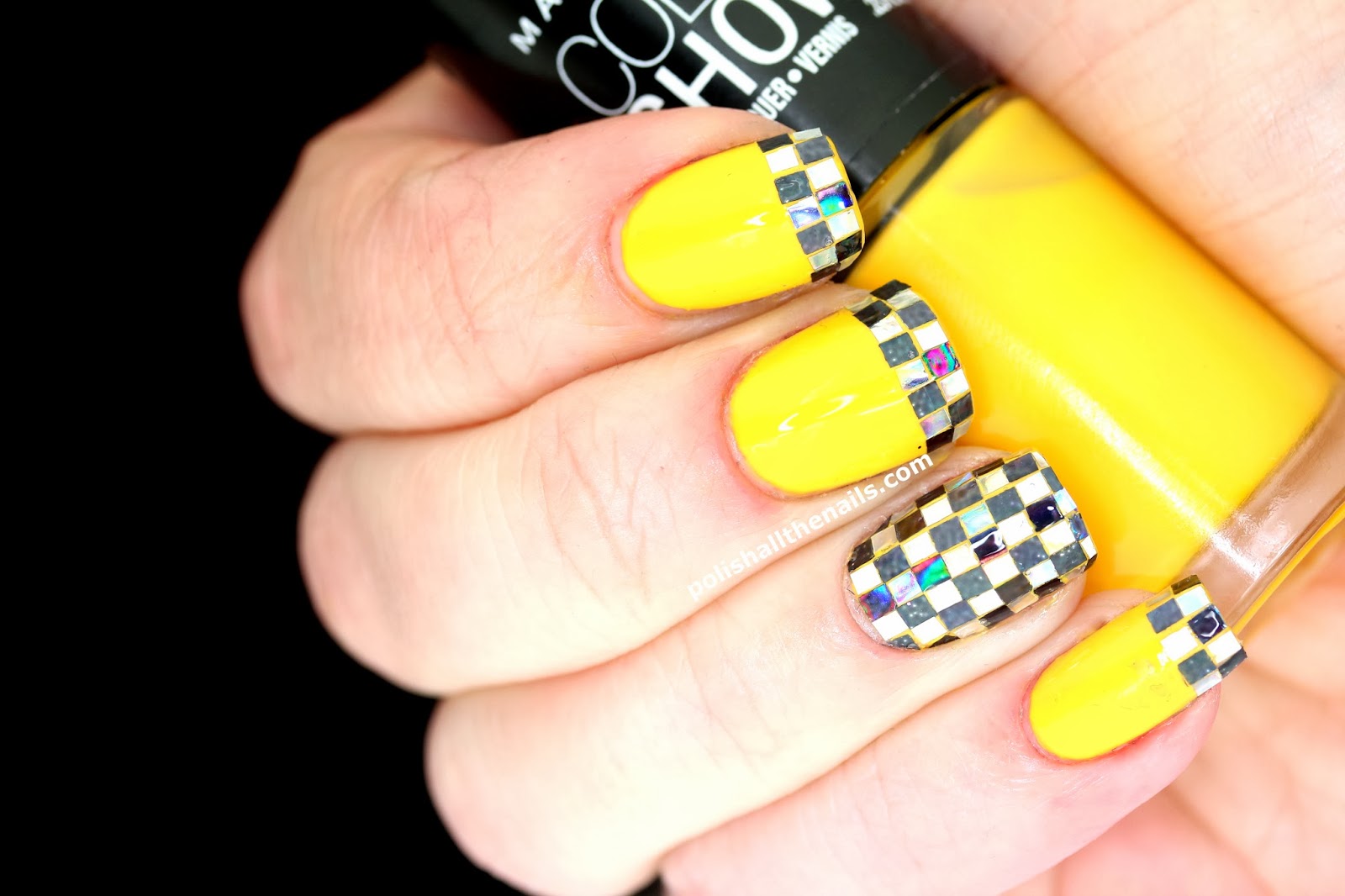 I guess I so neglected yellow polishes because they have a habit of being really difficult to apply.  Turns out Fiercely Tangy doesn't have that problem.  It's just a nice, bright yellow creme.  After applying three coats I went to work with my black and silver holo square glitter.  WHY IS IT THAT LARGER "SQUARE" GLITTER ISN'T SQUARE?  Surely it's not that hard to do.  My placement isn't the greatest here because I was having problems with the two colours being different sizes and not being cut evenly.  I think I'm ok with how it turned out. 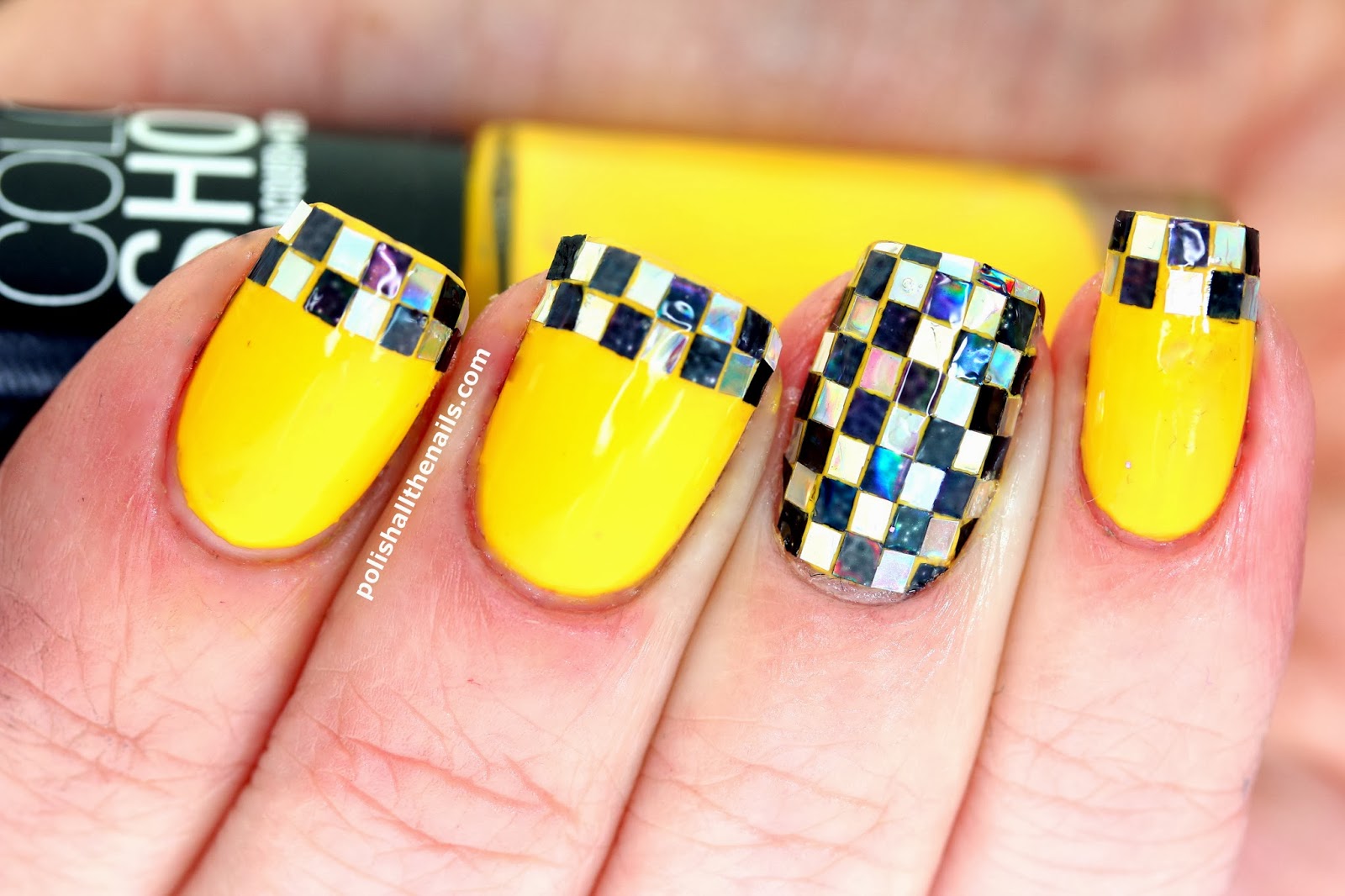 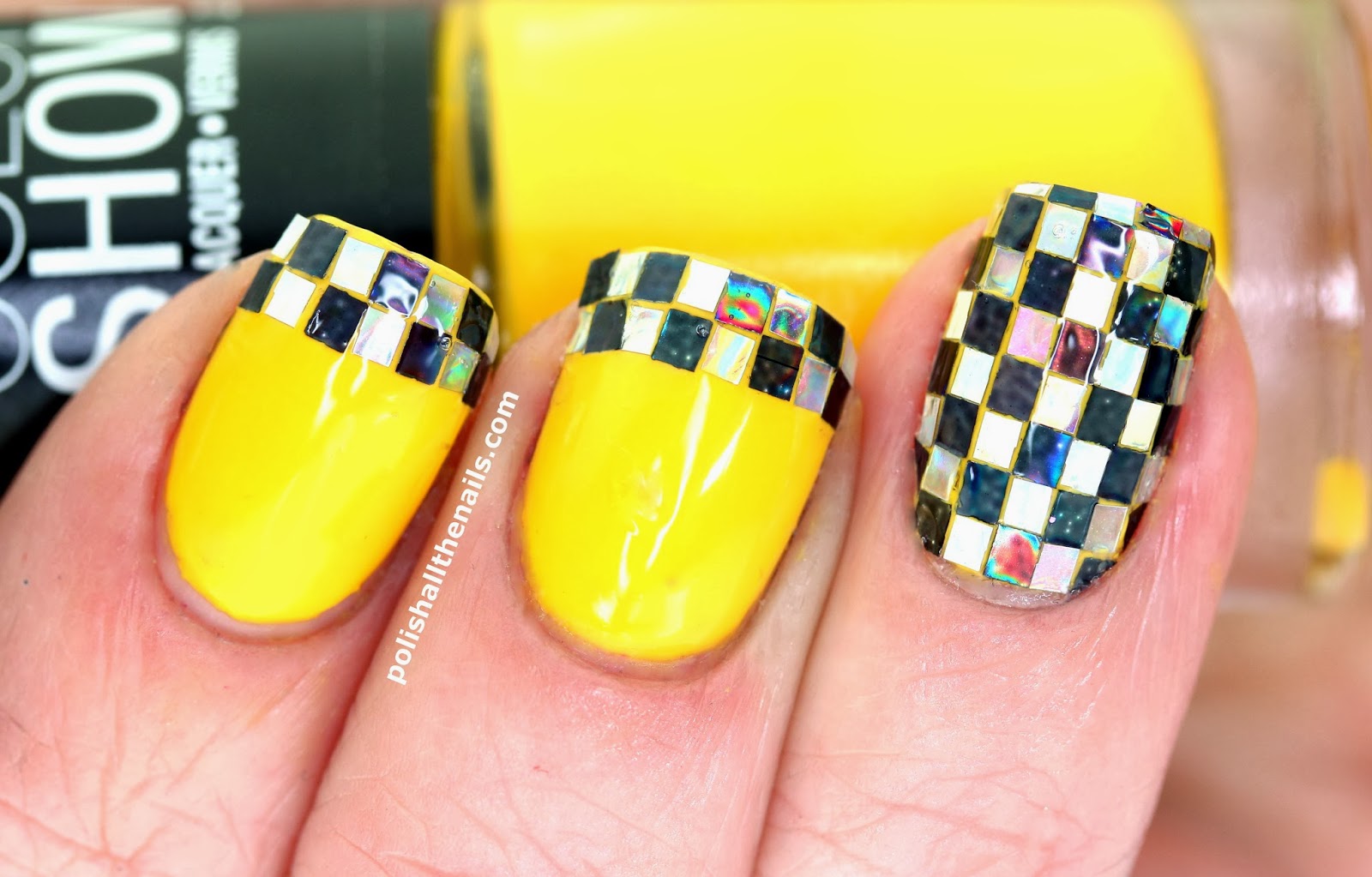 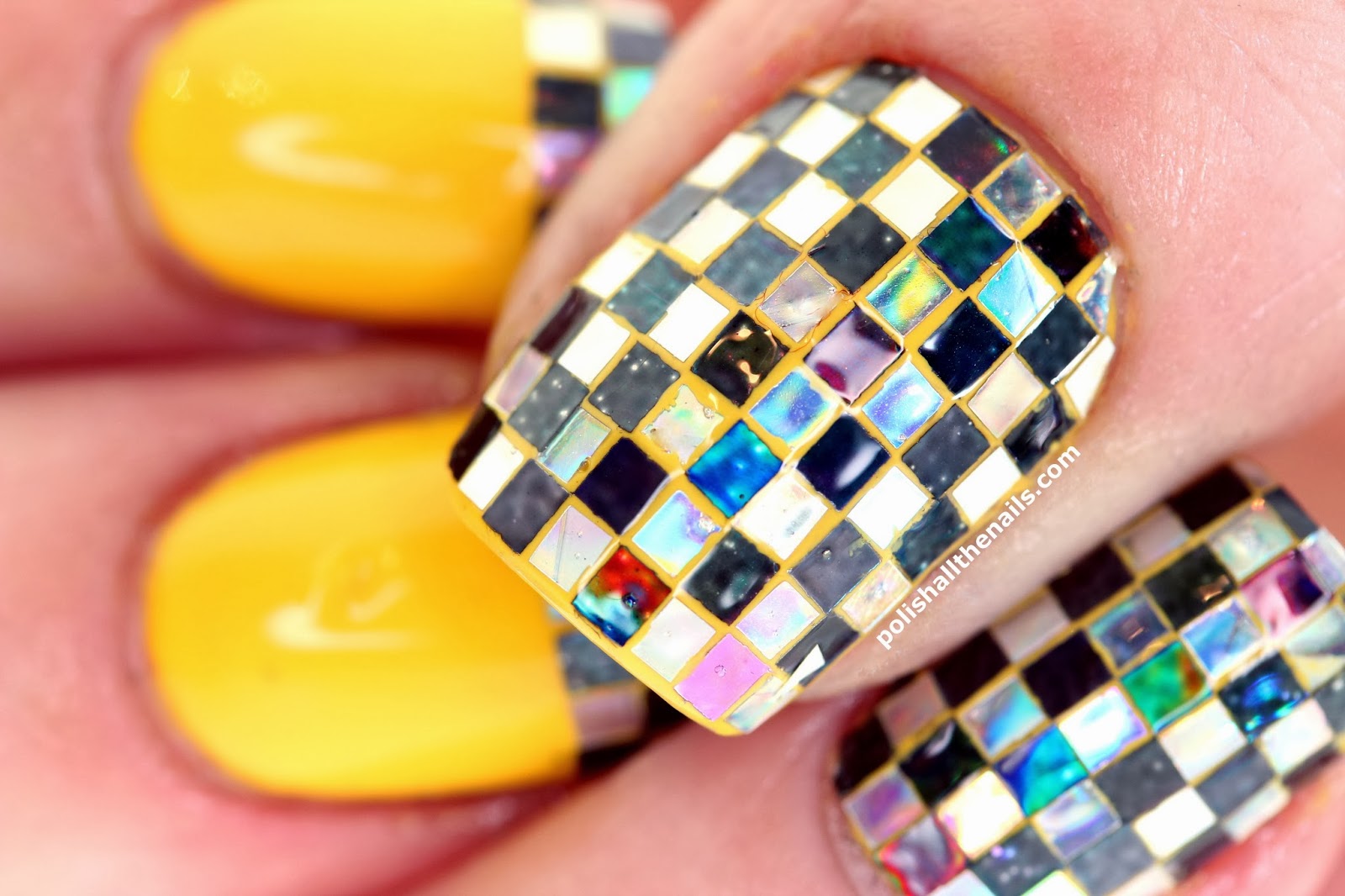 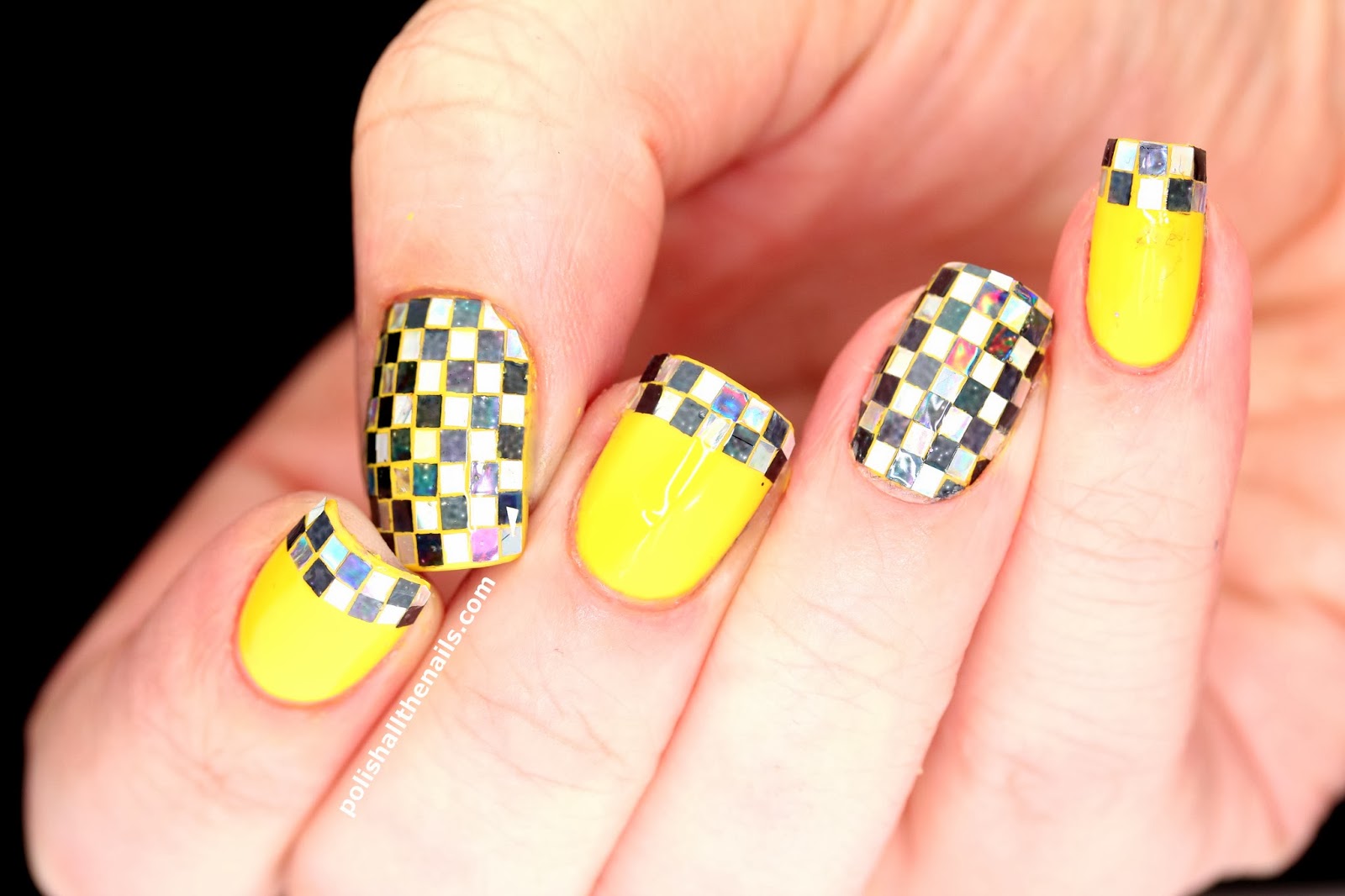 The Verdict:  Love the polish, eh about the glitter.  Good in theory, just not executed terribly well by either myself or the people that made it.  It is sparkly, so there's that.  That's always a good thing.  Sppppaaarrrrrkkklllyy.