July 09, 2012
I just haven't been having the best run of luck with my colour combinations lately.  First this, then this, it's all just been a little less than awesome.  This is especially annoying when both polishes are awesome on their own and then they just don't go.  Let's take a look at a classic example - Revlon Chilli and Girly Bits Hippity Hop.

First up, Revlon Chilli is the most fabulously squishy bright orange coral.  It's one of those great jellies that doesn't leave a VNL (visible nail line) but still looks glossy and awesome.  I used three coats to be safe and was happy with the result.  If I were a normal person, I'd just stop there.  It was bold on it's own and at this point, just a plain nail colour is quite the envelope pusher for me.  No, instead I added a coat of Pam's Girly Bits Hippity Hop, a gorgeous purple-based rainbow glitter, shot through with a blue iridescent shimmer.  There was something about the combination with the jelly, the glitter colours, the lot that just didn't sit.  The glitter is beautiful though, with good application, I just have to find something to put it over.  If there's something you'd like to see it with, let me know in the comments. 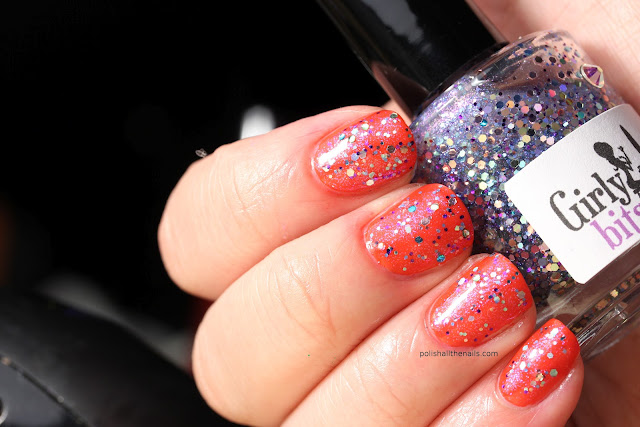 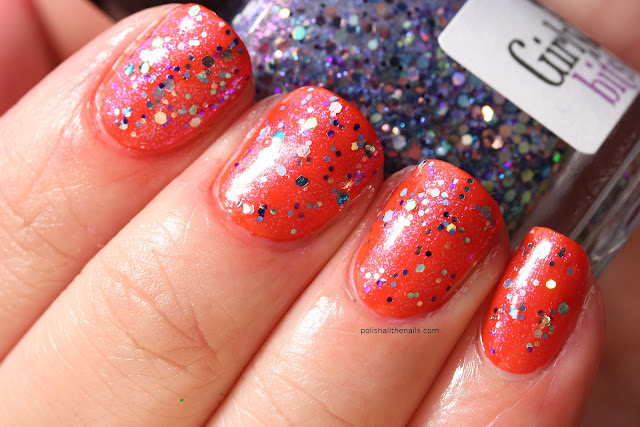 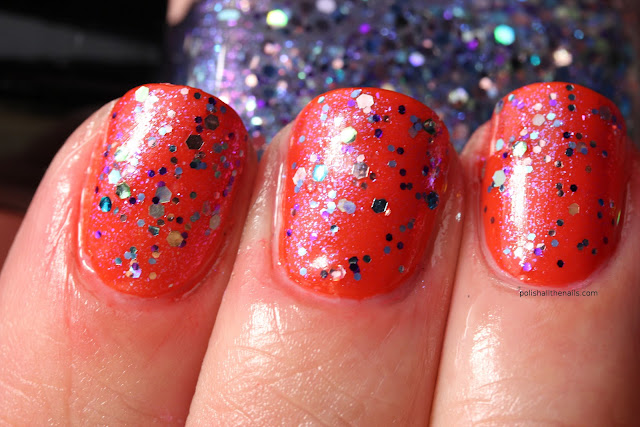 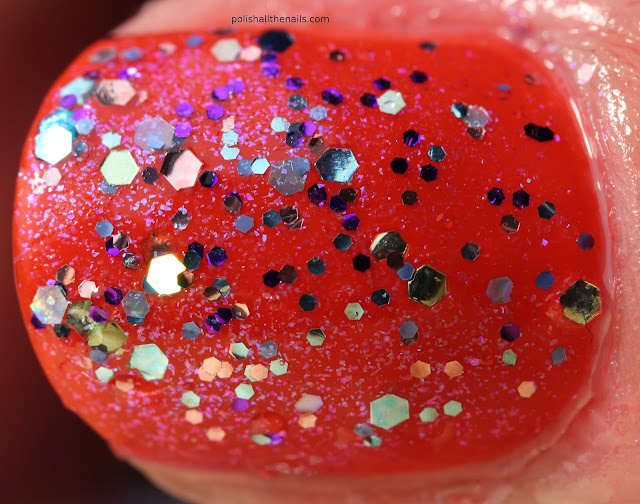 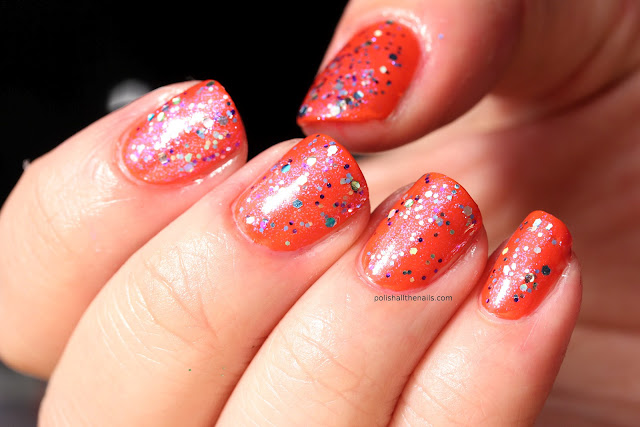 The Verdict:  One day I'll learn to test out colour combos before getting all the way done.  Sigh.