October 11, 2012
A while ago, the wonderful Jenna from Lacquistry sent me the most magical box of glitter you've ever seen.  You name it, it was in there.  One of the odd pots out was a pot of purple and green tinted shredded glitter.  I can't tessellate this! says I, and promptly forgot about it because there was too much sparklies and my brain couldn't cope.  I was going though all the glitter again a few weeks ago and decided to investigate this unusual glitter further.  TURNS OUT IT'S THE SAME TYPE OF GLITTER I LOVE IN FLAKIE POLISHES SO MUCH WHY DIDN'T I REALISE THIS SOONER I'M SILLY. So, experiment time!

I wanted a darker polish to help bring out the colours in the flakies so I started with two coats of Maybelline Demin Dash.  I then applied a thick coat of top coat and dunked my nail in the glitter.  I then brushed off as much of the glitter as I could and pressed everything flat.  With a stiff-bristled brush, I got as much of the glitter from out around my cuticles as I could.  Once it was all stuck down, I added a thick coat of Seche Vite.  Not exactly the most practical as it was very thick on, but whatever, look how different it is! 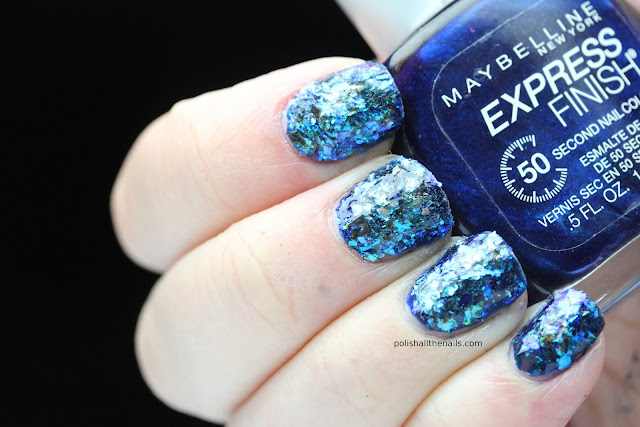 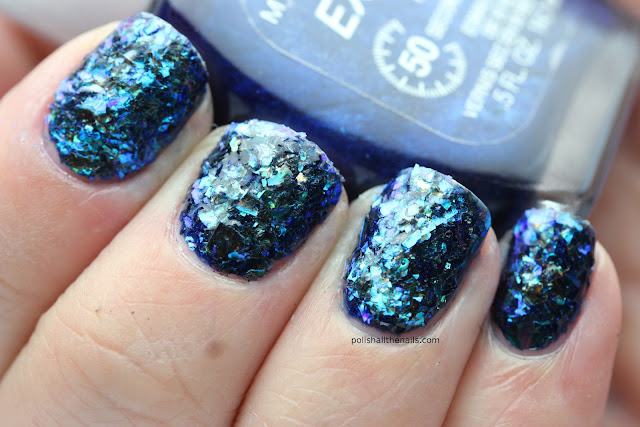 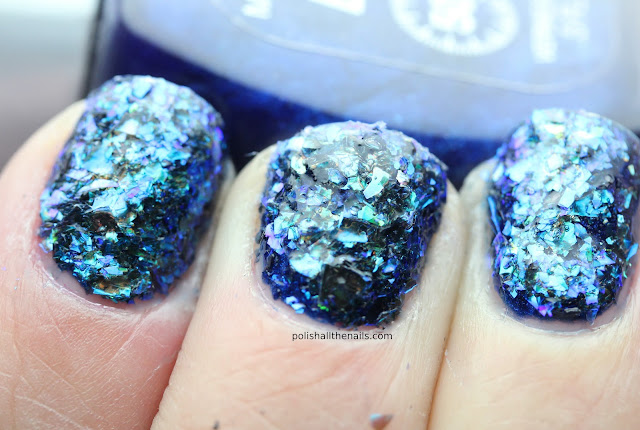 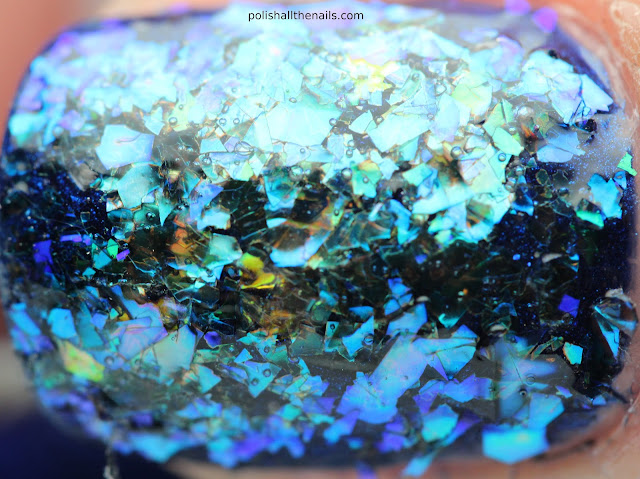 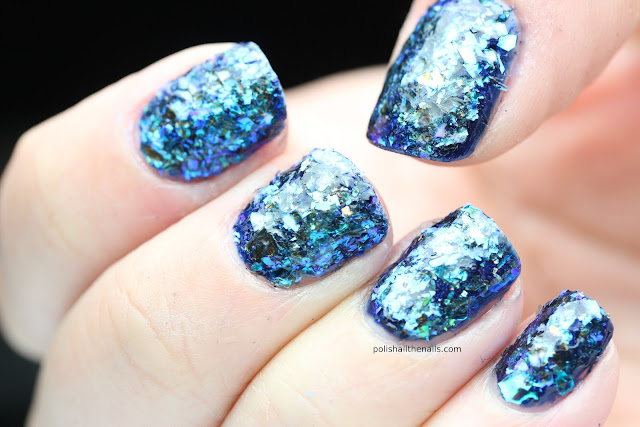 The Verdict:  I have had this one sitting in my images folder for a while as I wasn't 100% sure of how I felt about it.  Looking at it again, I really like it.  I think I'll have to try it again with a liiittttlle less glitter, but it's still good with a metric crap-ton on there.