October 11, 2012
Over the past week or so, I completed the mammoth task of swatching every single polish I own.  Given that this was my collection back in April, it was no easy task.  I did, however, find a bunch of polishes I forgot I had.  Among them was my Art Deco +nail art polishes I found for super cheap earlier in the year.  I never really used them as the colours weren't quite right for what I had in mind and they got pushed to the bottom of my hold-all box.  Turns out, they're pretty good, especially the black and whites.  Having just started re-watching Friends from the beginning again, I had time to play with the stripers.  So, stripes!

It's funny, this looks so much better from a distance.  My hands are nowhere near steady enough to hold up to macro photography but, I make an effort to share regardless of how much I want to retroactively go and fill in the gaps in the stripes.  I didn't use a base colour for this mani, just striped on the red first, then the white and finally the navy with a separate brush.  Bit wobbly, and shows just how badly I broke my middle nail, but really, looks cool from a distance. 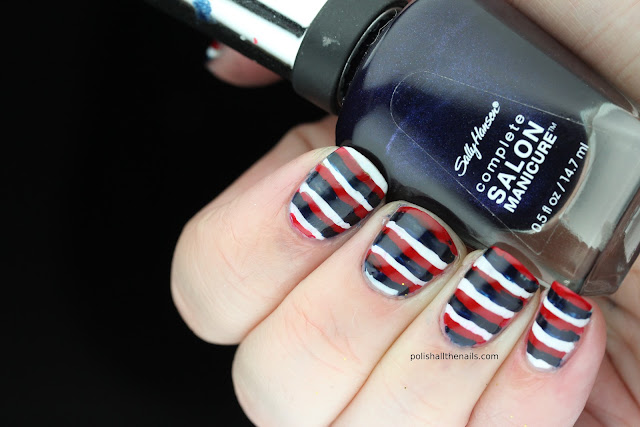 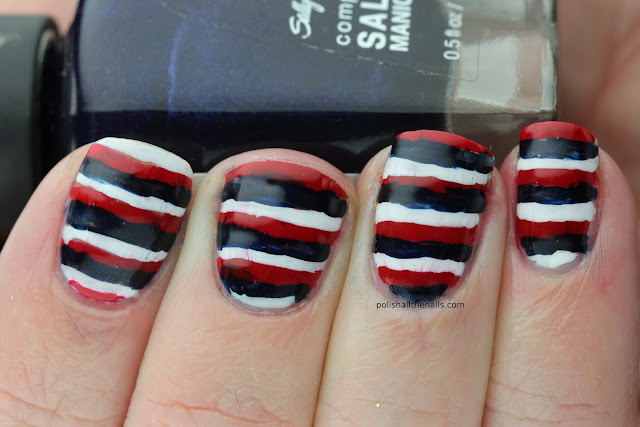 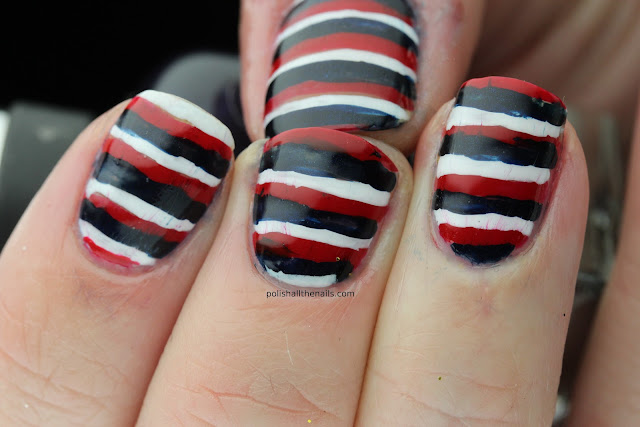 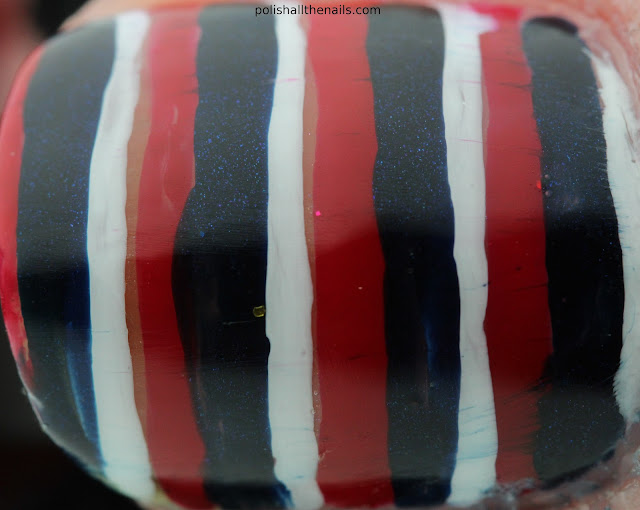 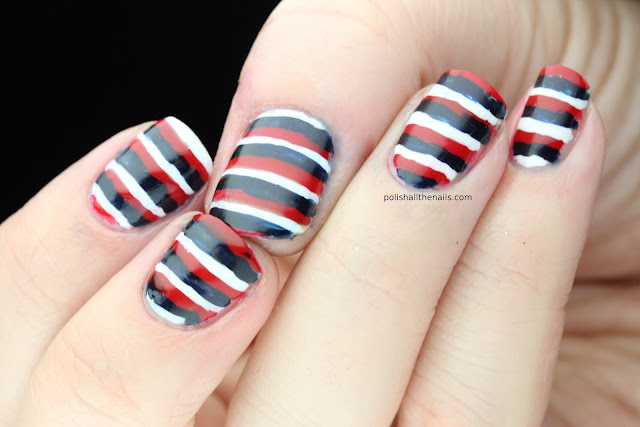 The Verdict:  You can't beat red, white and navy for a colour combo.  The stripes make my nails look shorter but it's eye-catching, always a goal.   In case you were wondering, I didn't do stripes on my other hand.  Instead, I started with a base of Sally Hansen Navy Baby and added a coat of OPI Gettin' Miss Piggy with It.  I kinda like having contrasting hands and turns out the red glitter looks awesome over navy.