July 30, 2013
Not done with my new glitter yet.  The bright red square matte glitter caught my eye the other night so I chose a nice purple to contrast and got to work.  It's hard to say much more as an intro, it's the same glitter I've been playing with recently, from Borough Babe Supply. Cos glitter is awesome. 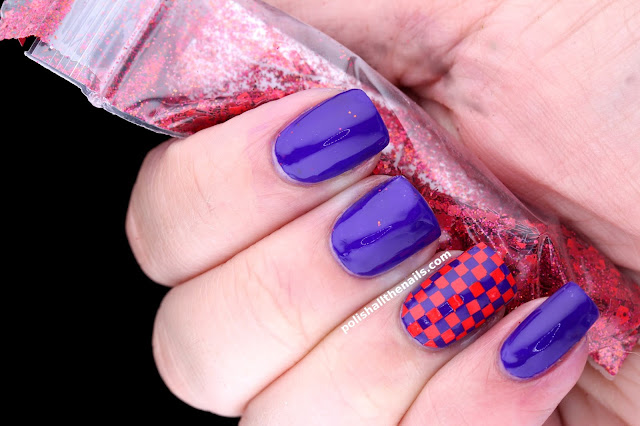 To start, I applied three coats of Urban Outfitters Bandeau, a bright imperial purple creme.  I've used this colour tons but who cares, it's pretty.  The three coats are important when you're working with the larger pieces of glitter - you want to give the pieces something to sink into so they don't catch on everything.  I used my usual technique here but instead of the usual single column down the middle, I had to do a zig-zag, aligning the corners, to make sure my pieces were evenly spaced.  It was then just a matter of filling out each side.  I had the time to do all my nails but it's a pretty loud pattern and I liked the accent nail. 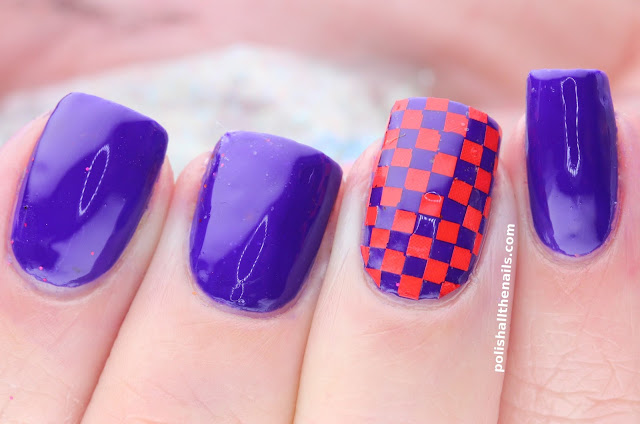 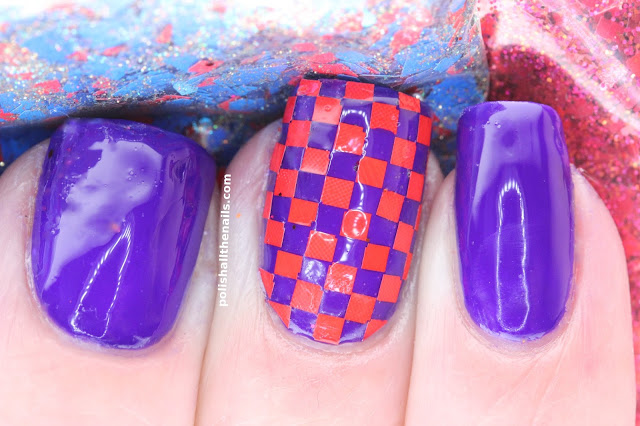 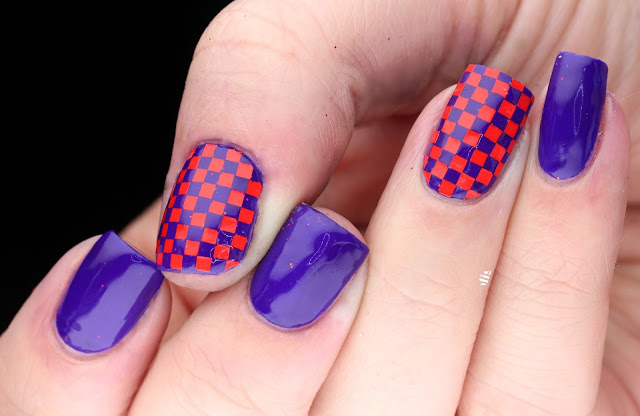 The Verdict:  I love how this came out.  I had three different people ask if the checkered pattern was a sticker which I always count as a win.  It's nice when it comes out crisp and even.  Despite me wanging my middle finger between applying top coat and taking these photos, which is about two minutes :/ Go glitter for being versatile!