Review: Nails Inc Queen Victoria Street with Not At All Subtle Fruit Accents

February 27, 2014
I'm really good at making sweeping statements and declarations about, say, posting everyday.  Problem is I'm terrible at following up on it.  What I am doing ok at is trying to actually use all the misc stuff I buy on the internet.  I've had these fruit fimo canes for ages and just haven't worked out a way to use them.  I've been playing with sculpey lately so I at least have the tools to slice canes thinly.  So then, considering I also have very strong nail glue, I thought I'd take the decidedly unsubtle route and just bung a bunch on.  Turns out that's actually an ok strategy! 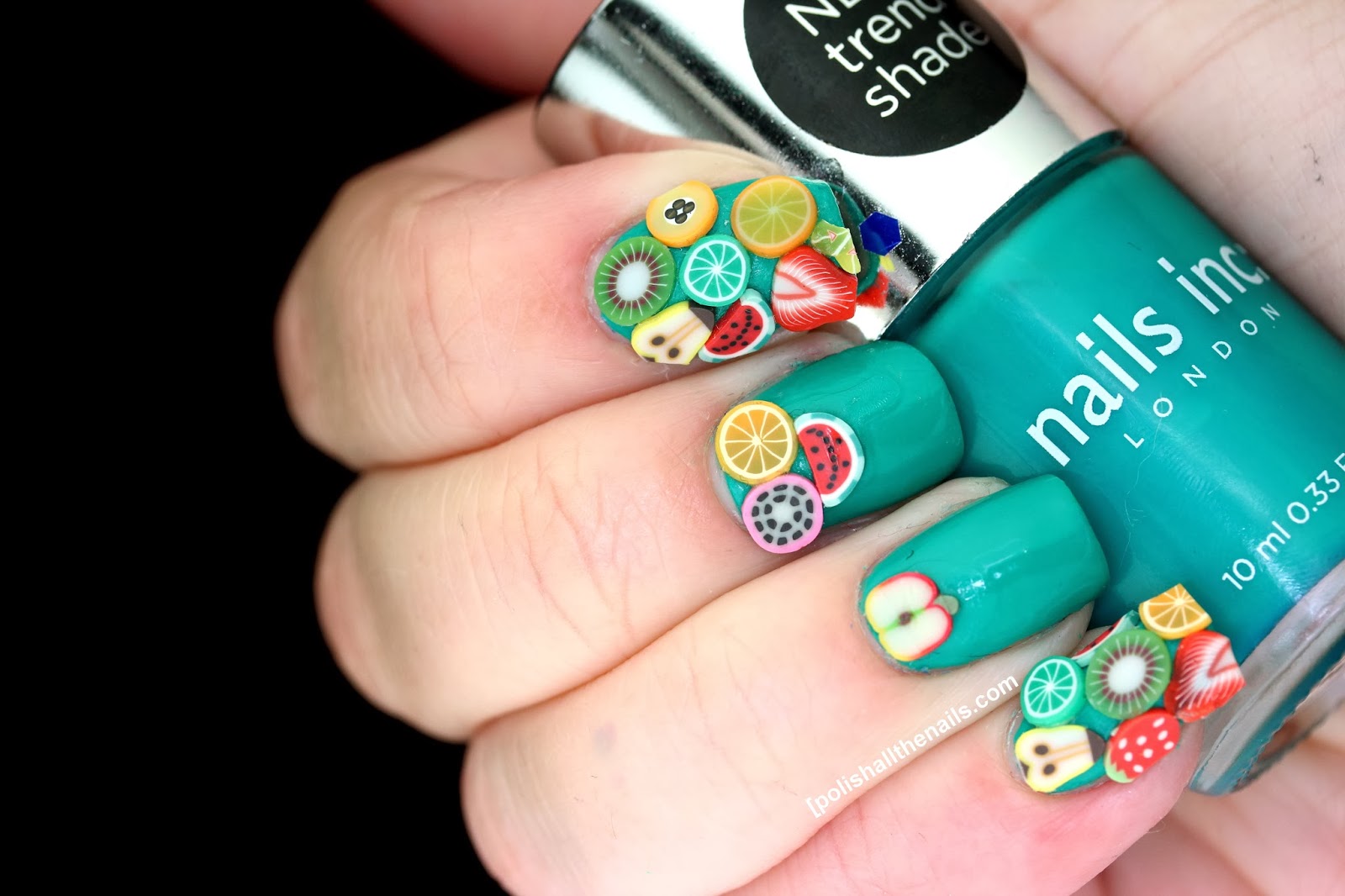 First up, I applied two coats of Nails Inc Queen Victoria Street and topped it off with a coat of Seche Vite.  Queen Victoria Street is actually a really great green.  Nice and opaque from the first coat, on top of being a super nice colour.  So that's good.  Once that was all dry I just covered my nail in nail glue - being careful not to let it pool in my cuticles - then just stuck the slices on.  They feel really weird on, I couldn't stop touching them.  With a proper nail glue, there's no chance of them falling off so even if they do catch on things, they aren't going anywhere.  The only problem I had was trying to get them off!  Just don't pull them off, trust me.  It WILL take a little bit of nail with it and you don't want that.  I do like how ridiculous this is.  Very satisfying. 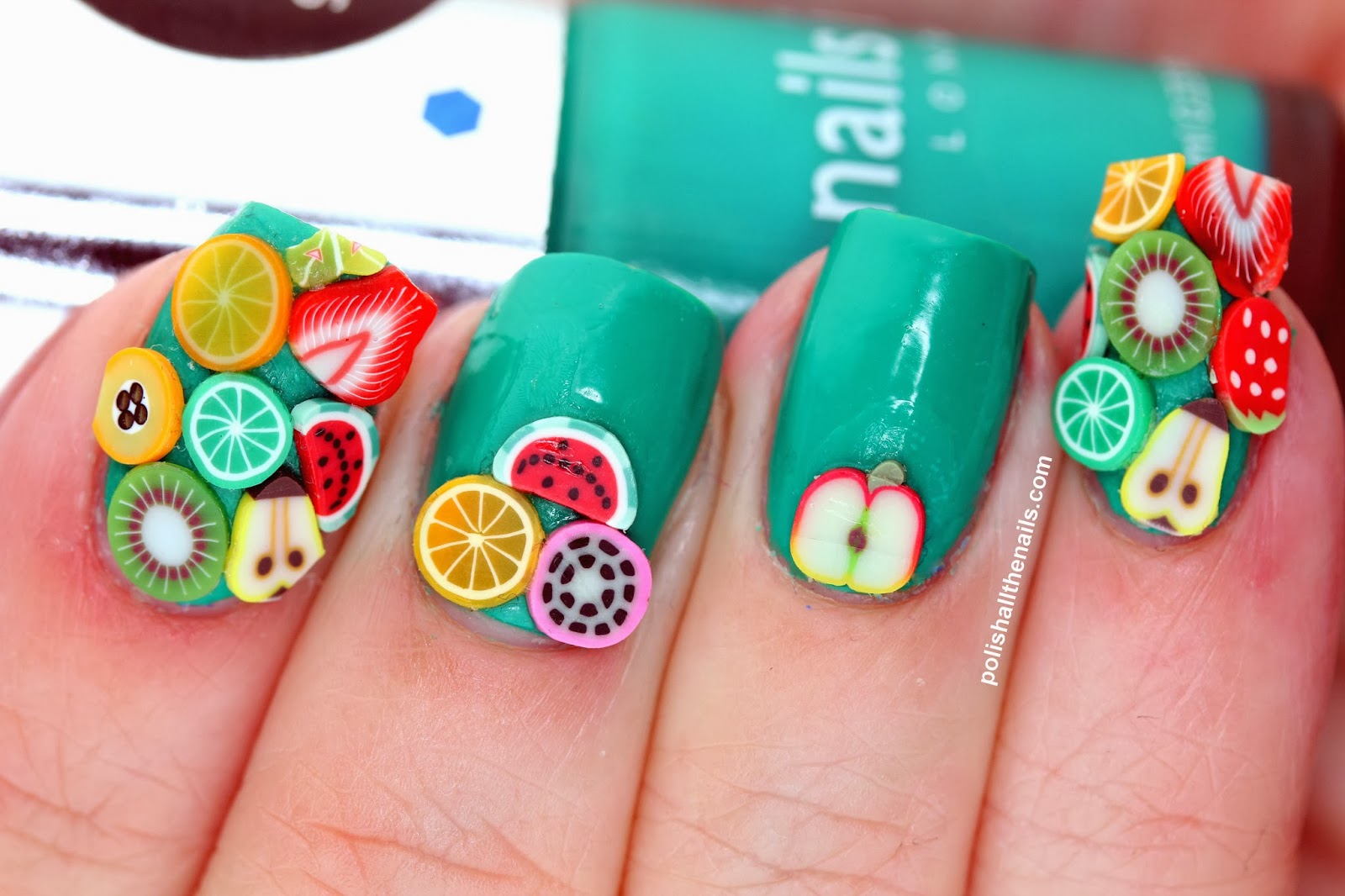 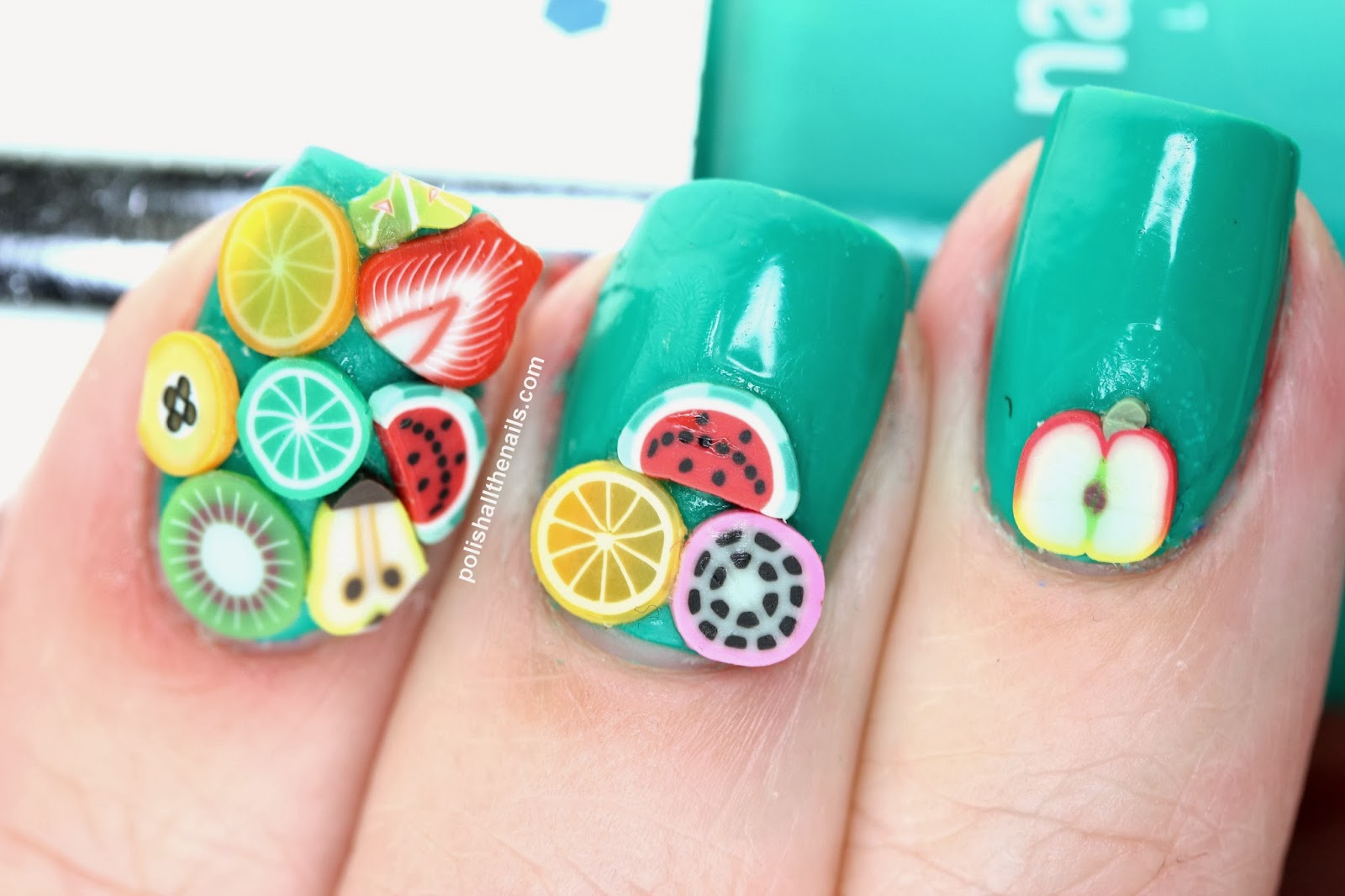 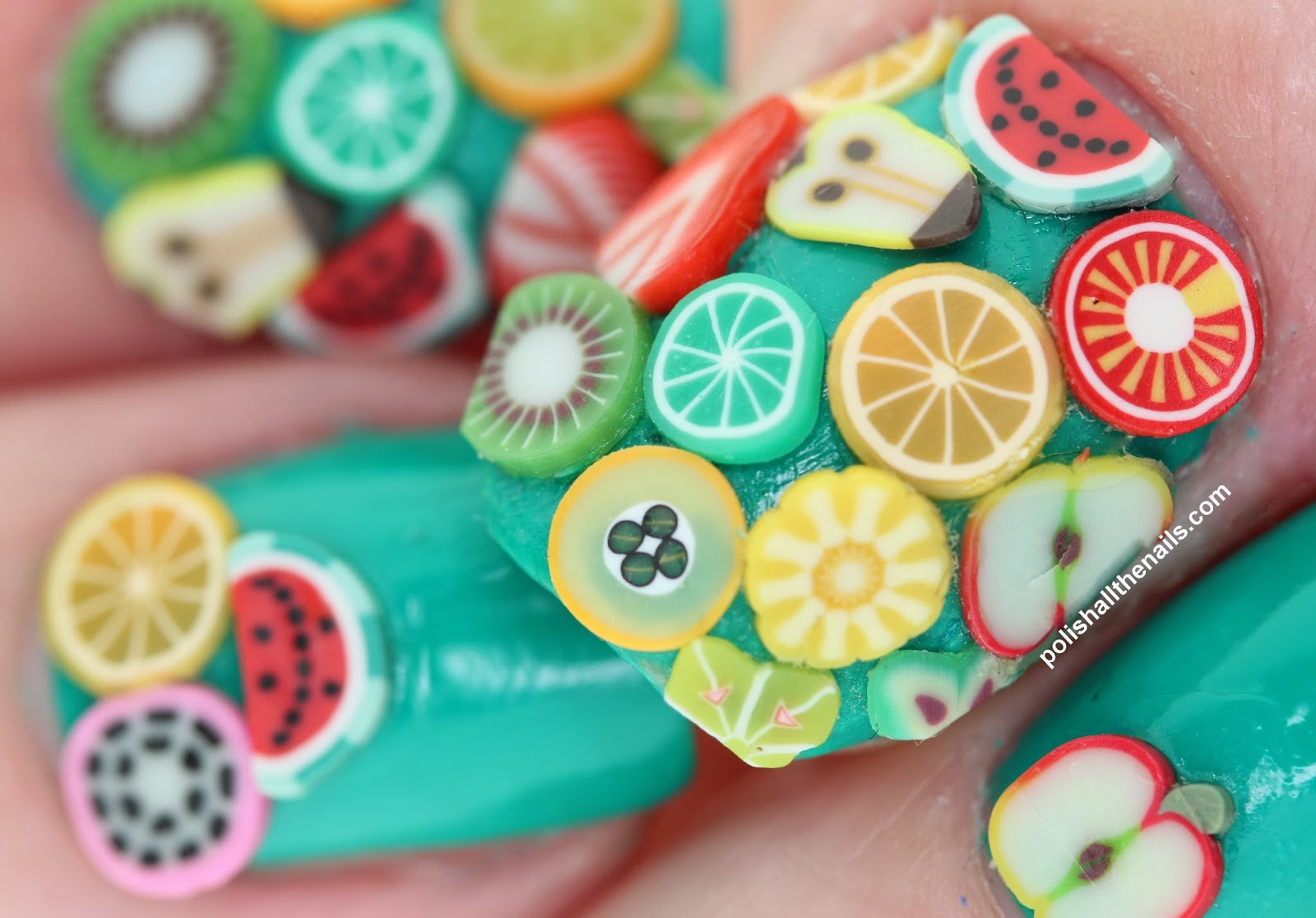 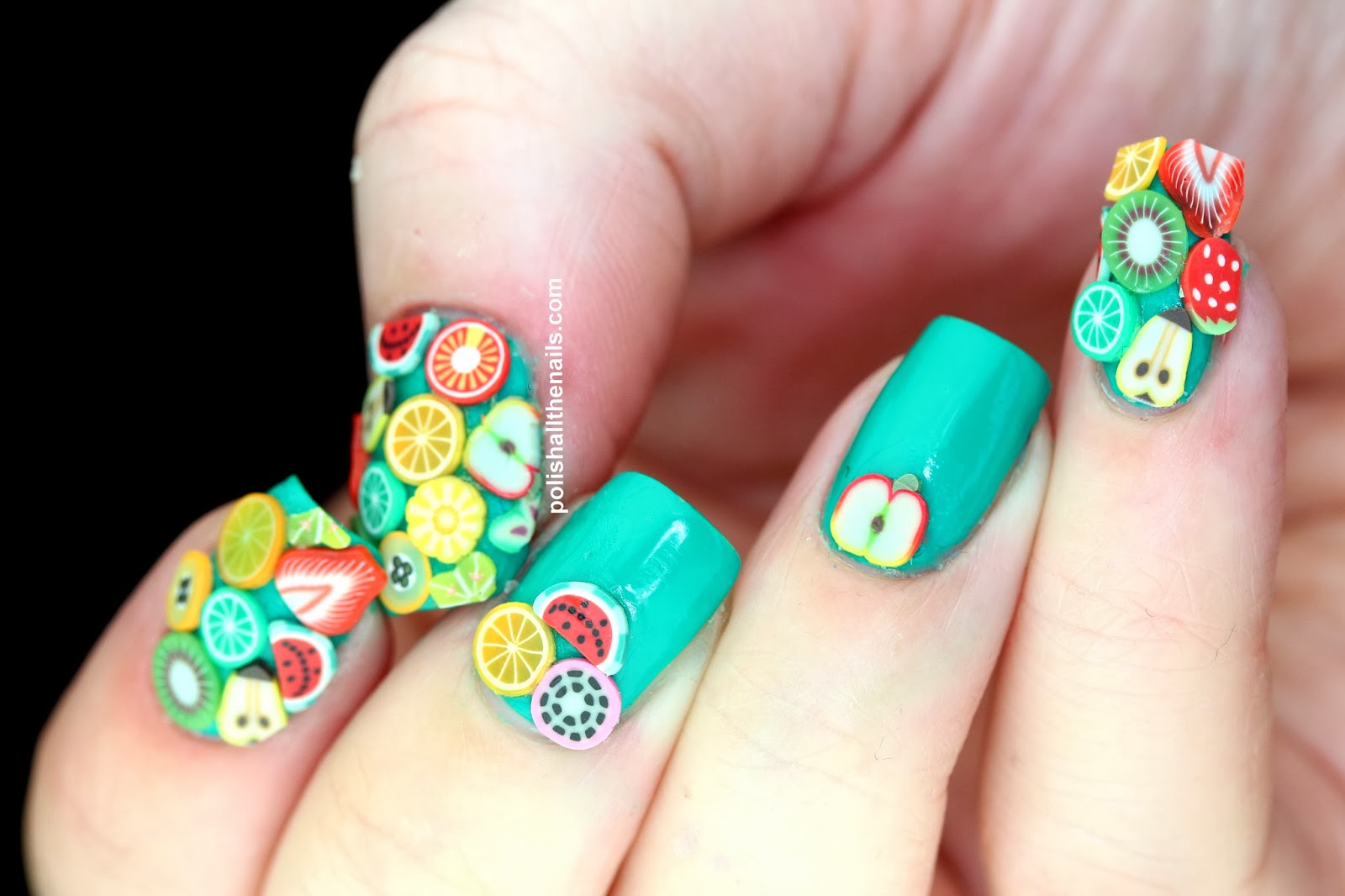 The Verdict:  Love Queen Vic St, and am happy that I finally got to use my fimo canes.  If you use a razor blade instead of a knife, you can get slices thin enough that they'll curve to fit your nail.  And they're fruity.  If you get fruit canes.  Otherwise they're other things.  Yay fruit!