February 16, 2014
So it's totally Day 2 of my Screw-it challenge - where I do what I want, as long as I post!  We'll just pretend for now that I posted yesterday, and didn't nap instead.  I love napping.  Anyway, I saw on Instagram a while back that holographic studs existed and once I'd resuscitated myself, I had to buy them.  I can't remember where now, just google it.  I tried them out once before but was kind of disappointed because they seemed all plasticky and not all that holographic!  Turns out, they have plastic over them.  Peel off and BAM most holo.  So let's take a closer look at these, shall we? 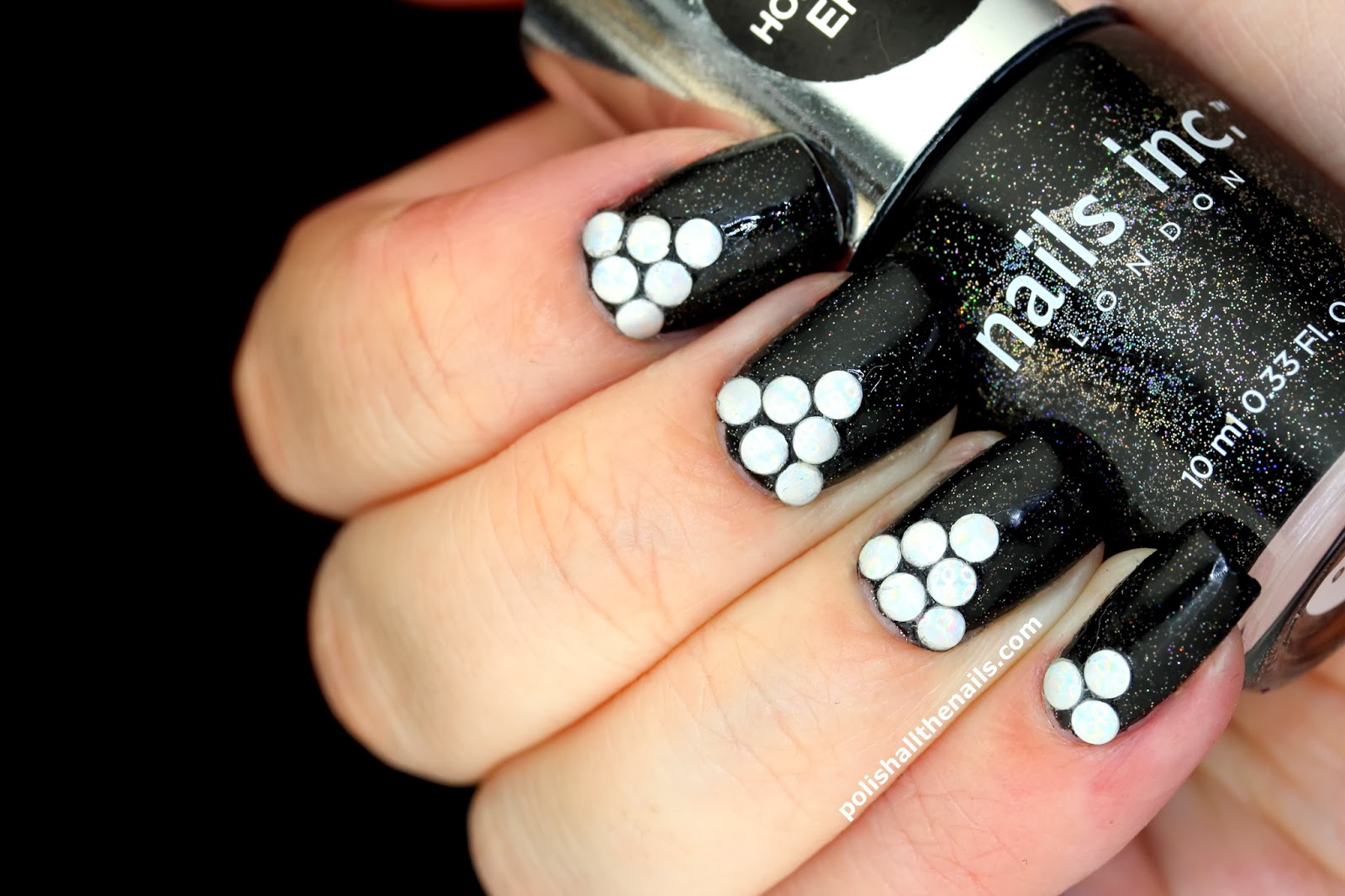 I wanted a black polish to go with my silver studs and Nails Inc Disco Lane is a good match.  Cos sparklies.  I first tried just using the wet polish to stick the studs on but nail glue works so much better, once you've un-stuck your fingers from each other, and peeled the tweezers off your hand.   So, after applying three coats of Disco Lane - topped off with Seche Vite - I applied a little nail glue in the shape of a triangle, then stuck my studs on with tweezers.  I splashed out an bought proper nail glue, believe me it's worth it because it dries fast and is super glue-y.  Just be careful not to get it pooled in your cuticles because that will not come off easily.  Once the studs were dry I peeled the plastic coating and BAM shiny.  And hard to photograph. 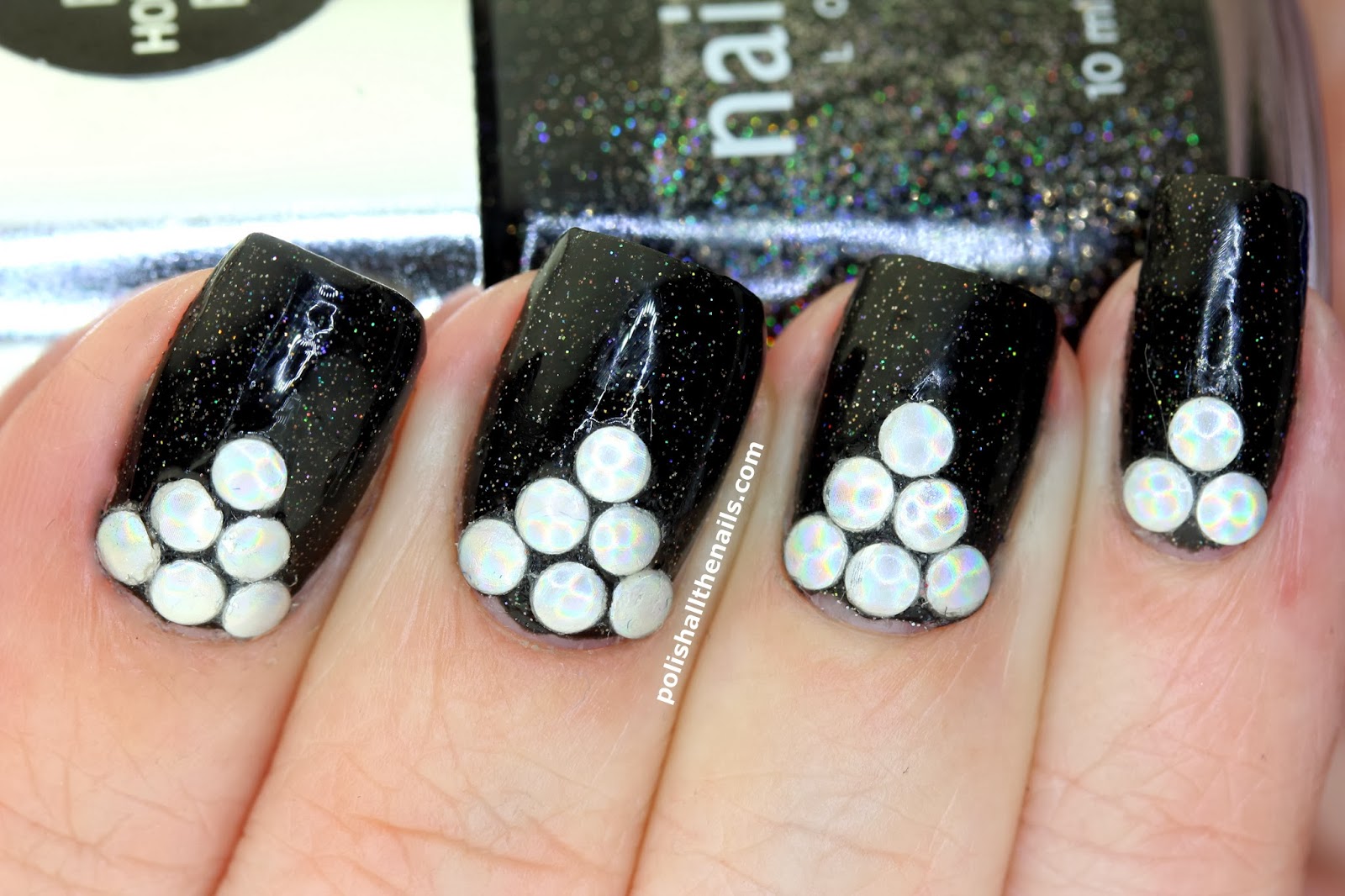 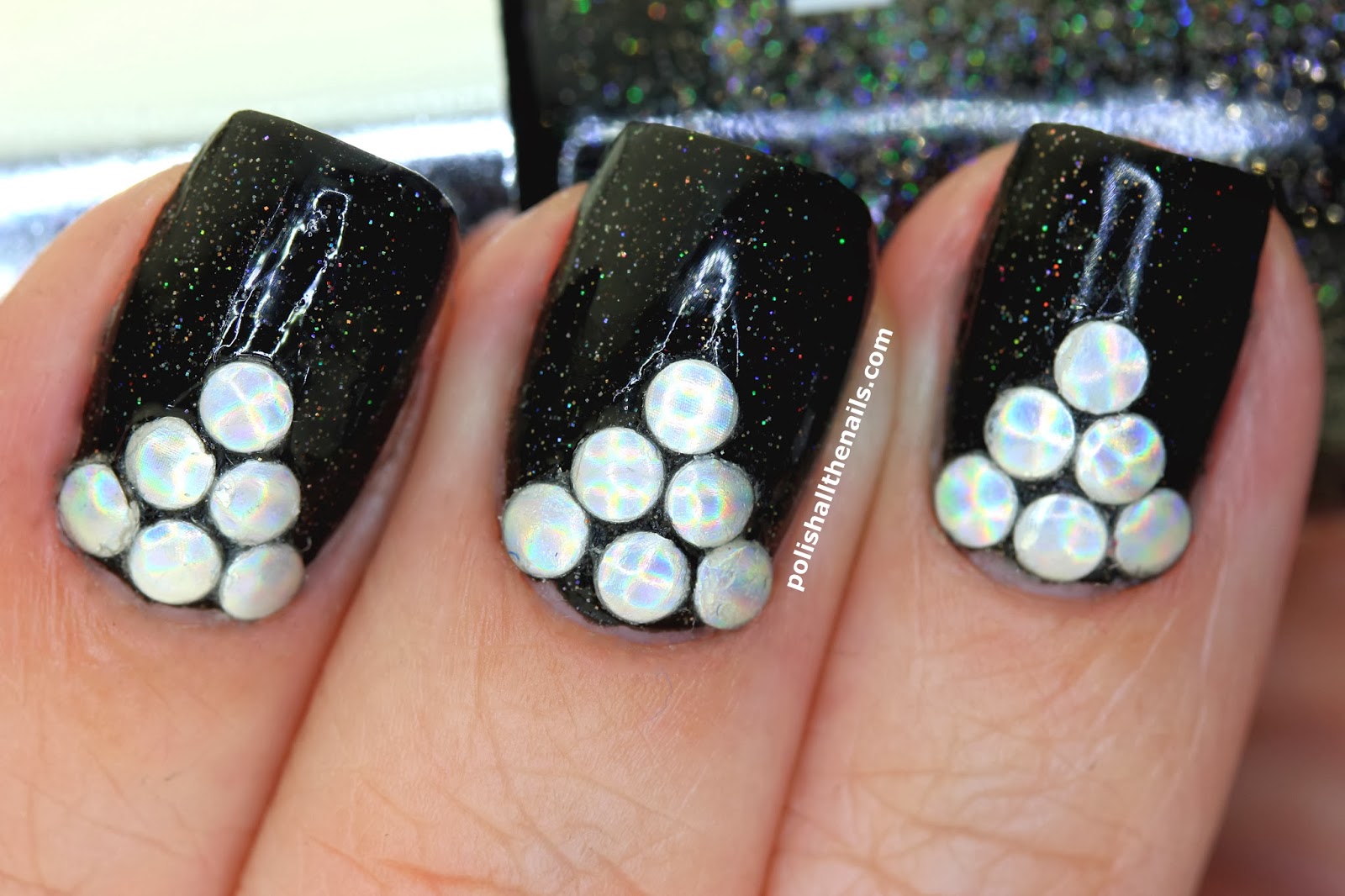 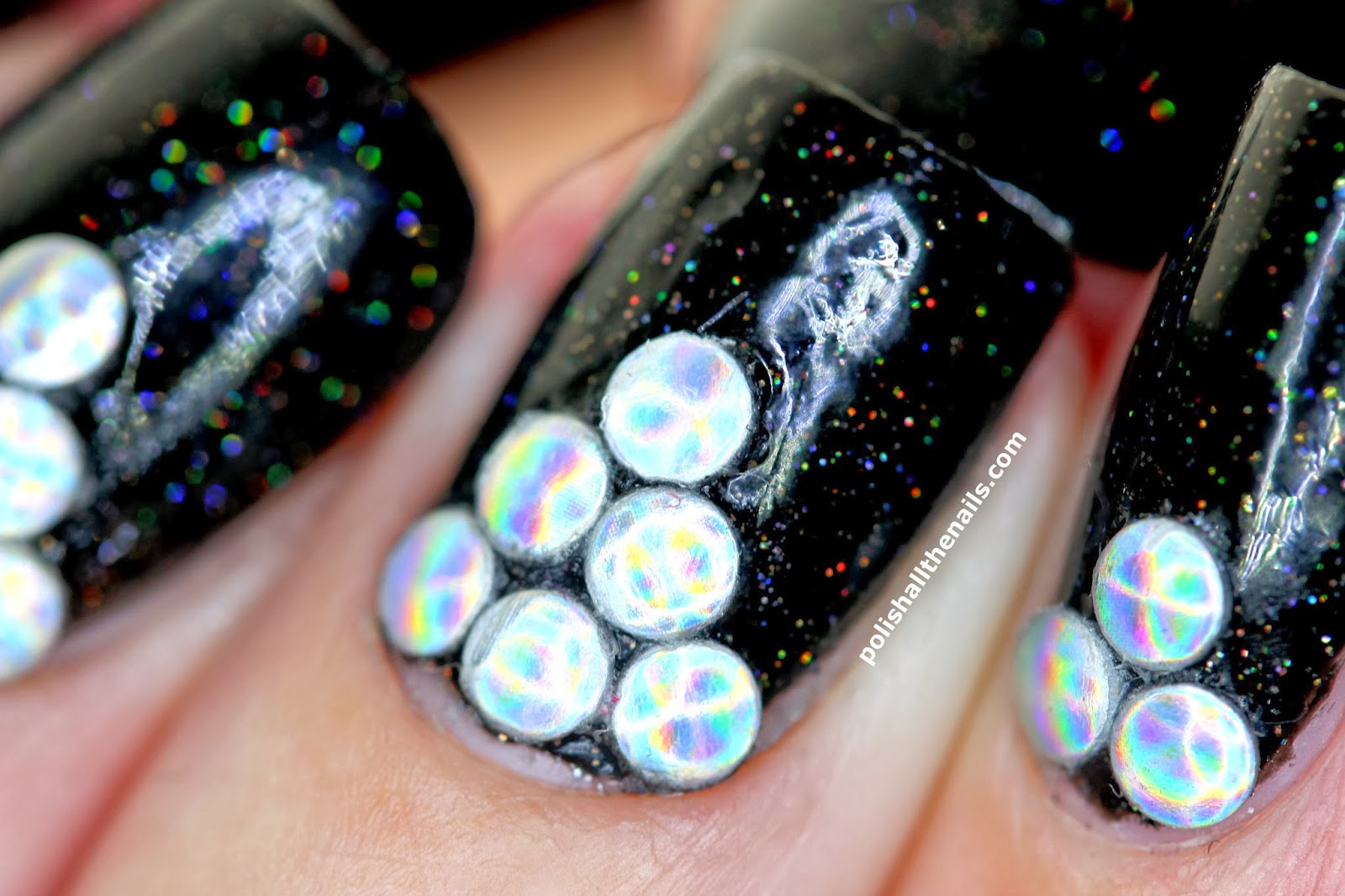 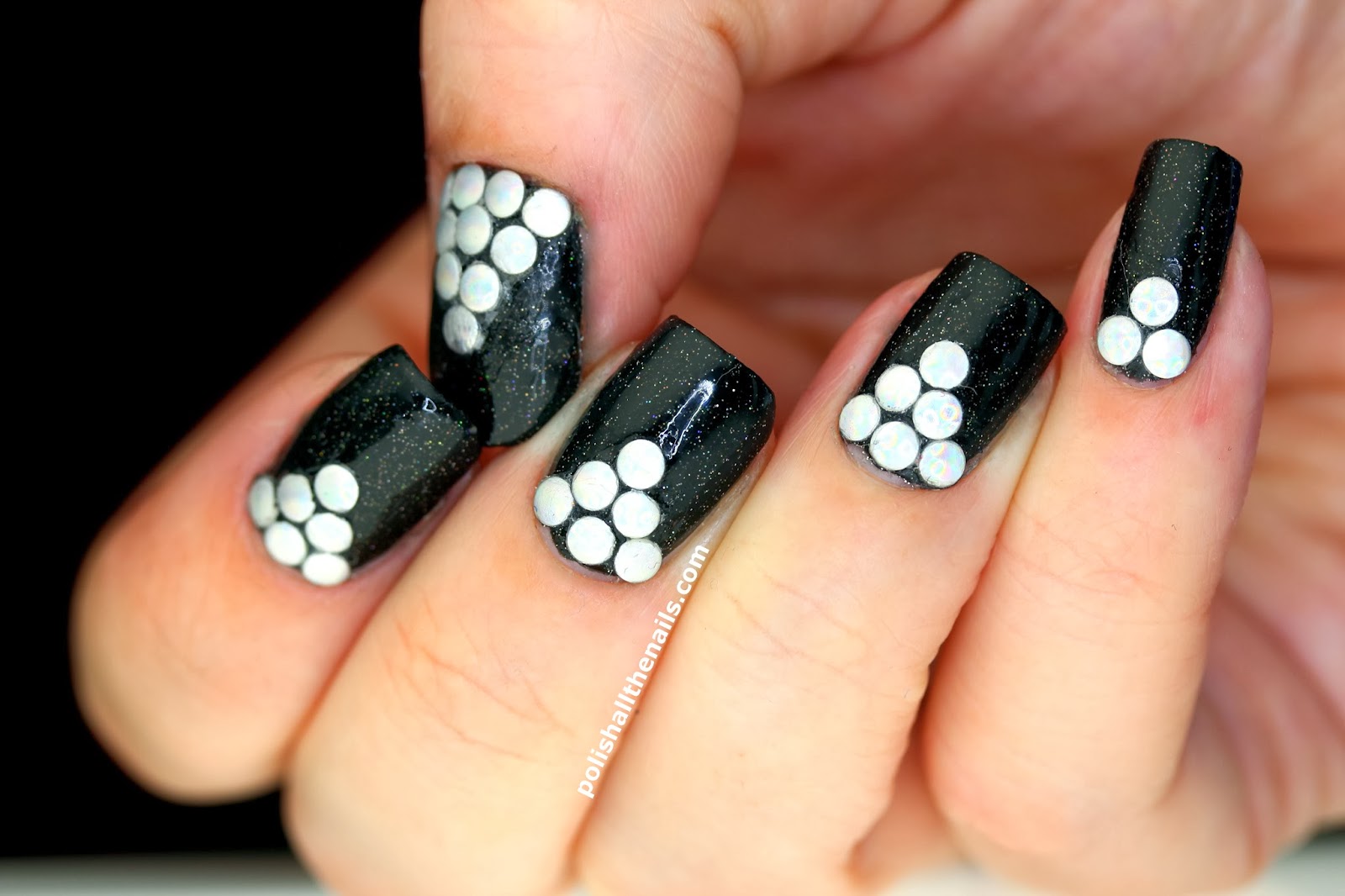