March 15, 2012
YAY YOU FOUND IT GOOD JOB the code is IMGOODATFINDINGSTUFF :D:D:D

Onward I continue on my quest for the ultimate way to melt your eyeballs with physically as much glitter as I can fit on my fingers!! I've had a collection of glitter arrive a few days ago and ever since I've been trying to find the best way to use it.  I initially experimented with the largest glitter, but it was too big to sit flat.  I then tried a combination of silver and pink glitter but couldn't settle on a pattern and wasn't quite...right.  UNTIL TONIGHT.  Tonight I tried one size further down than the silver and pink in a beautiful cobalt holo blue and BAMM.  Electric mermaid nails!

For these I used the same steps as I had previously. 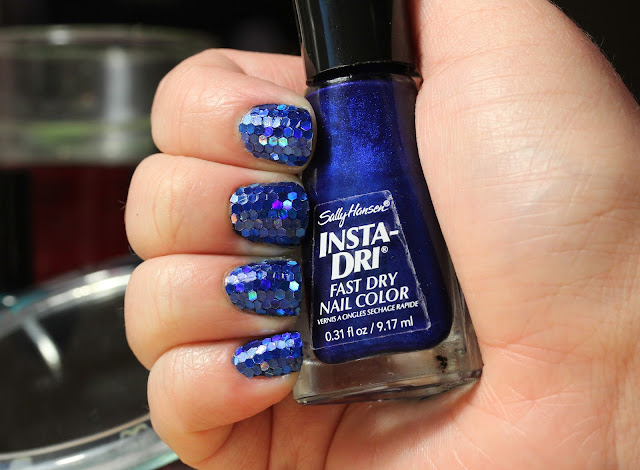 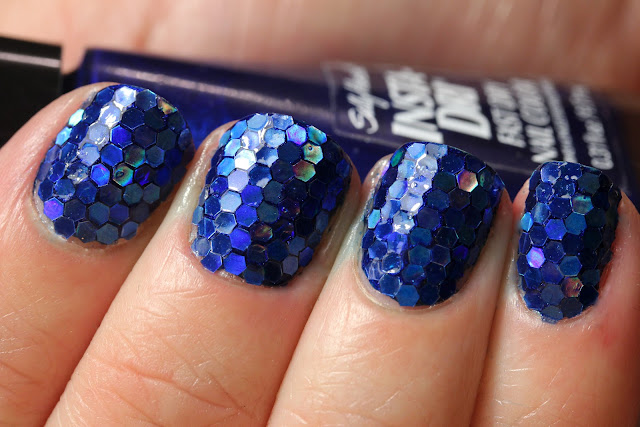 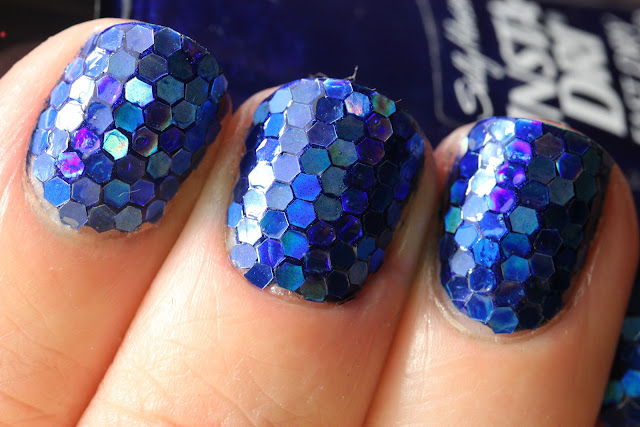 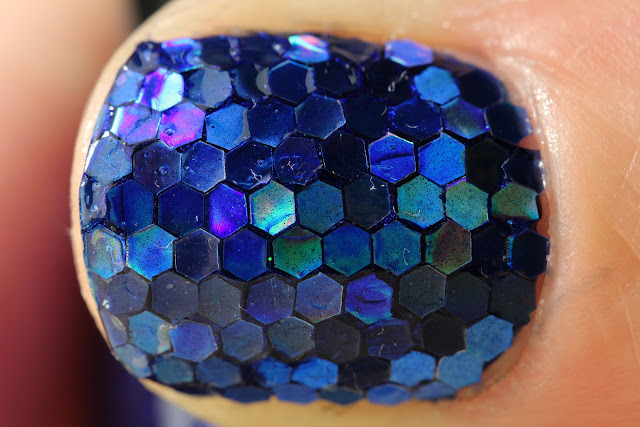 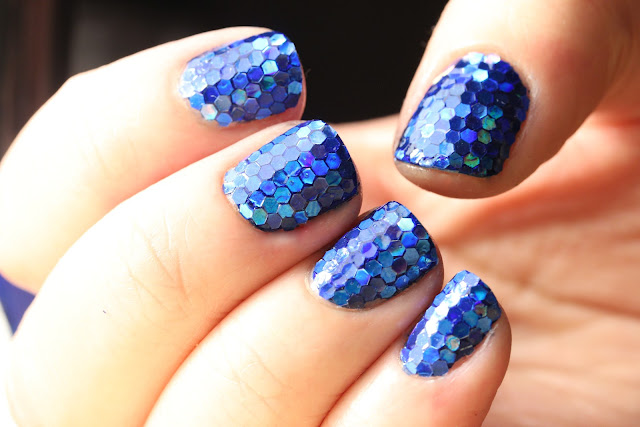 The Verdict:  I think this is it, I don't know how much better my nails could get than this!  The glitter is sitting flat and even, there aren't bubbles in the top coat and it's so sparkly it's like being in an underwater disco ball or pressing your face against a magical mermaid :D