March 07, 2012
Unlike a lot of the harder-to-find polishes out there at the moment, I came across Revlon Whimsical quite a while ago, along with Starry Pink.  There's been something of a flood of posts about Whimsical lately and I felt I would be doing you a disservice by just doing another swatch.  You've seen it over a bunch of colours and sure it's pretty but I felt I had to do something different.  Seeing the two bottles sitting next to each other made me wonder: what happens if you combine Whimsical and Starry Pink together in a delicious (looking) sandwich??

The pictures below are actually my second attempt at this look.  The first time I went without a white base coat and it turned out just a little too sheer for my liking.  Second time, coat of Joe Fresh White made all the difference.  Next, I added a coat of Starry Pink.  This is such a pretty polish, a light, baby pink packed with silver glitter made milky by the pink.  Next, Whimsical.  I know it's a rip-off of the Deborah Lippmann but there's not a lot I can do about it cos it's sooo nice.  A very sheer dusky blue with copper and blue glitter, I don't have any other glitters like it.  Finally, a last coat of Starry Pink to top off the sandwich.  The final result is a mani that could be pink, could be a bit blue but all soft and girly. 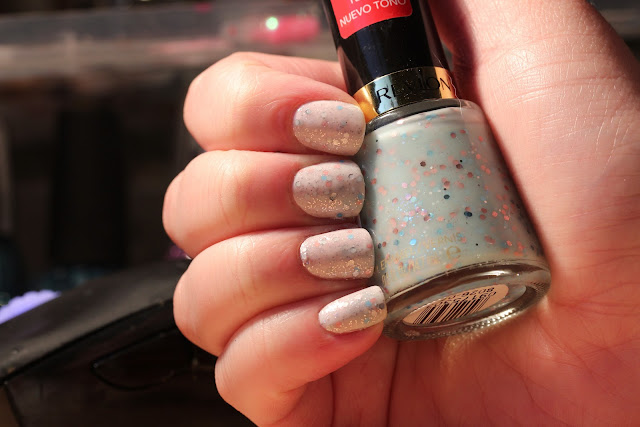 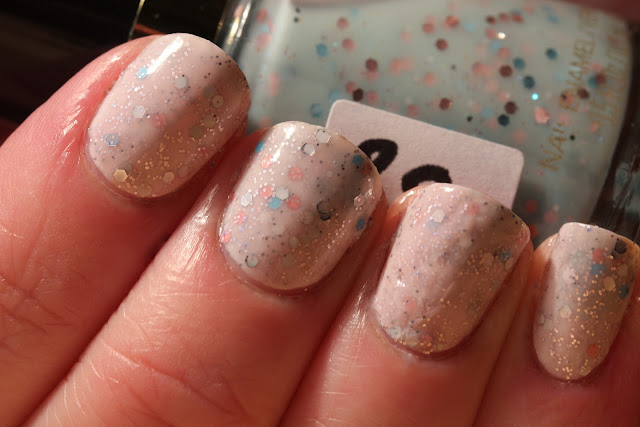 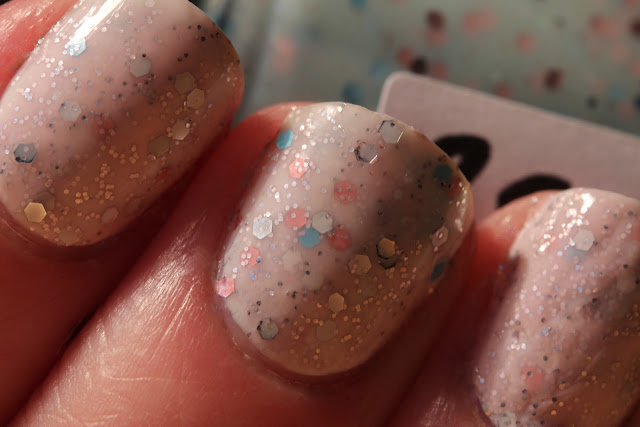 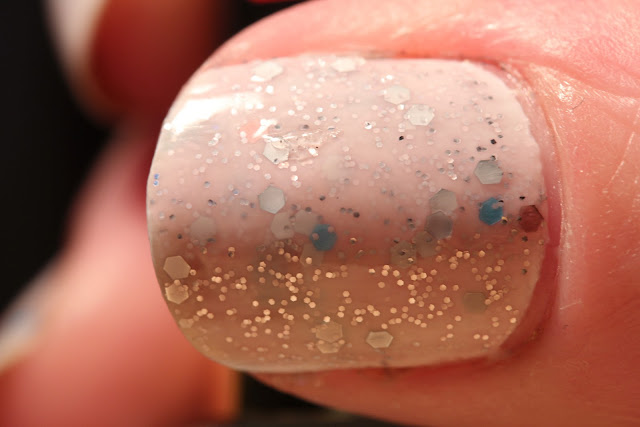 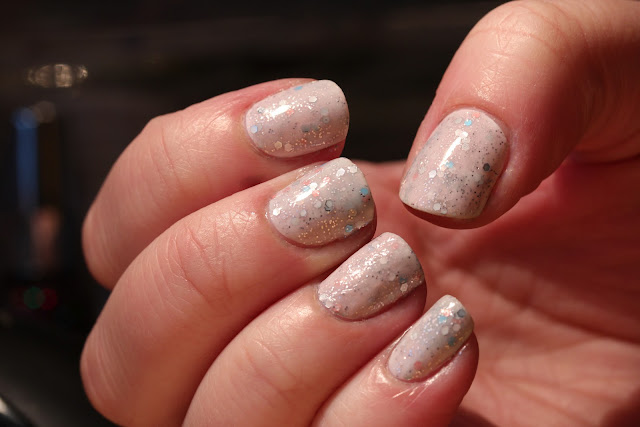 The Verdict:  there's a reason why there's been so much hype around Revlon Whimsical / Glitter in the Air as it's a really pretty polish that doesn't have a dupe outside of the pair.  Combined with Revlon Starry Pink, it makes a soft blue/pink combination that I really like.