Review: Dollish Polish I'll Have What She's Having in Half-Moon

April 09, 2012
I have something of a love/hate relationship with half moons.  For the longest time there was something about them that skeeved me out but then I got those binder reinforcements and actually tried it and was surprised by the results.  Ever since, every time I use just a single colour my brain goes "Psst, hey, what if you did a half moon thing on this?".  Why I chose to do it over glitter is beyond me as now I get all the pain of removing this without the full glitter effect but foresight has never been my strong point.

This initially started off as a straight review of Dollish Polish I'll Have What She's Having, an absolutely pink glitter bomb.  There is every kind of pink glitter in here, it's awesome.  Application was tricky though as this is super thick and likes to drag around the cuticles.  I had to shake the bottle between fingers, it's that thick. For some reason though, mostly because the glitter dries fast, I decided to do a black half moon over the top.  I then added pink and white dots and I think this time the embellishment worked for me, it makes it extra-interesting. 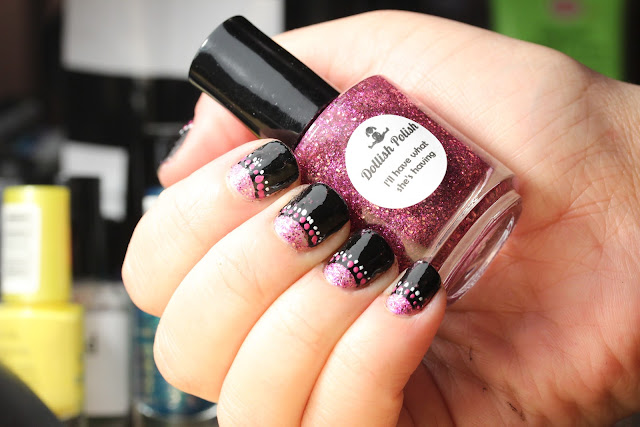 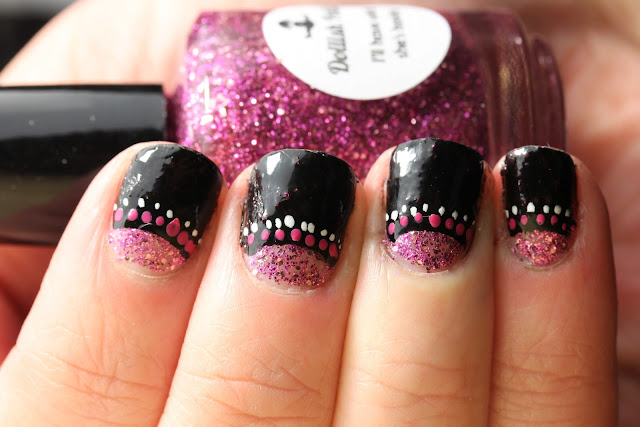 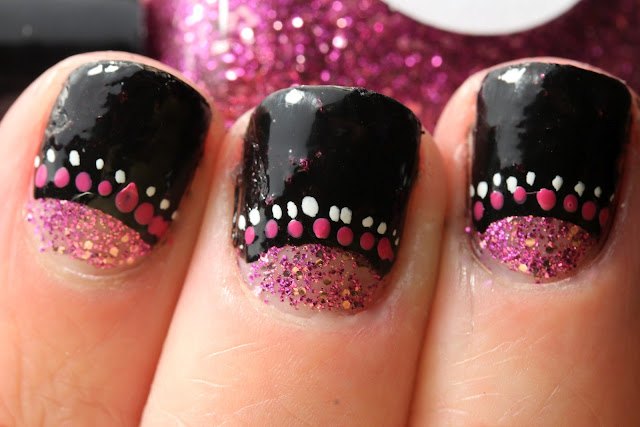 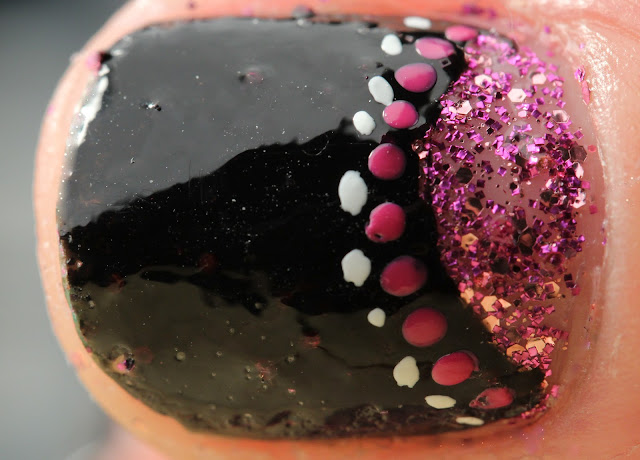 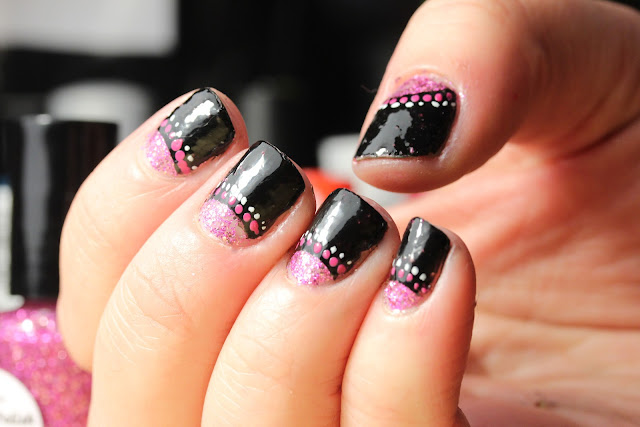 The Verdict:  I'll Have What She's Having is ok, nothing super special.  It's pretty but very rough and tricky to apply.  Works well with a black half moon mani though, especially with the dots.