April 16, 2012
I actually have something different to show you today!  Wandering around Queen West in Toronto, I  happened on a store that actually sells Scotch Naturals polishes.  I'd seen them on Harlow & Co before but couldn't understand the higher price tag so ignored them.  Turns out that they're actually water based, with no odor.  Had to try.

There were a few colours to choose from but I went with Lemon Highlander, a frosty lemon yellow polish.  Application was a little strange.  I needed four coats to get full opacity and the consistency is just a bit...strange.  Not bad, just different.  They are right about the smell though, it hardly smells at all which would be useful to those with sensitive noses.  I applied this last night and aren't seeing any signs of wear yet.

As I can't seem to leave a colour alone, I added some black dots with my largest dotting tool followed by a white dot in the middle.  I tried another, smaller black dot on my thumb but it looked too much like eyes and until I break out the googly eyes I bought the other day, that's a line I don't want to cross. 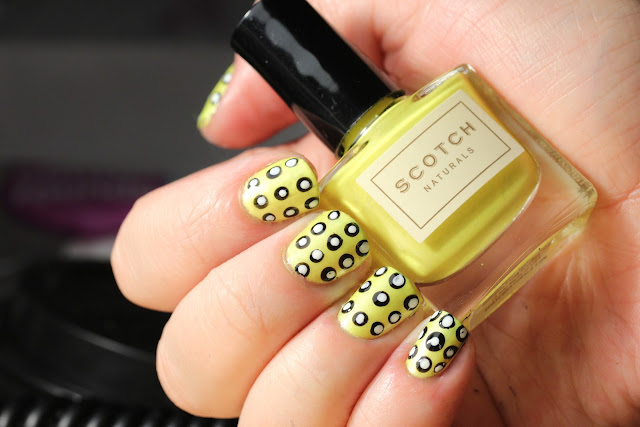 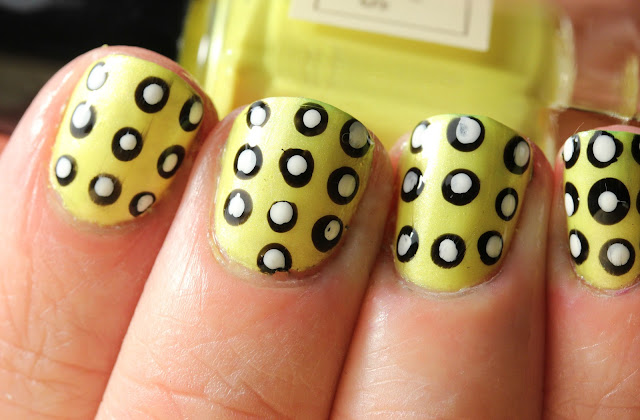 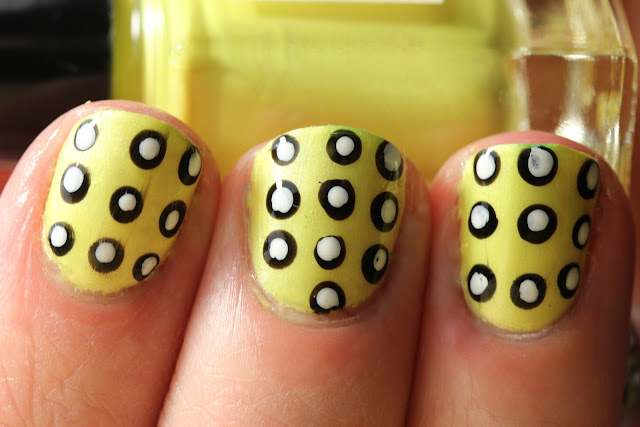 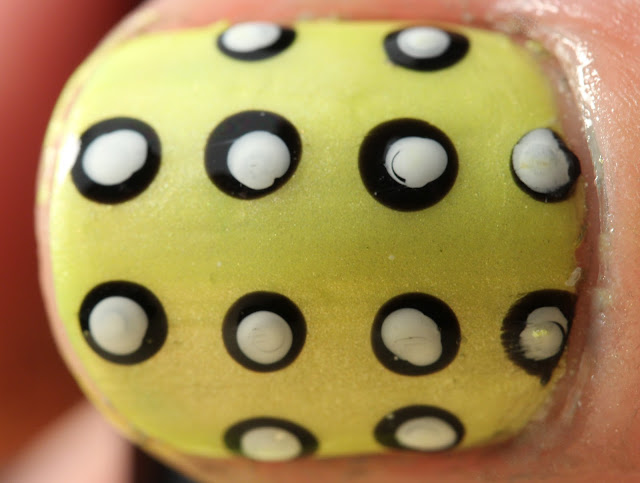 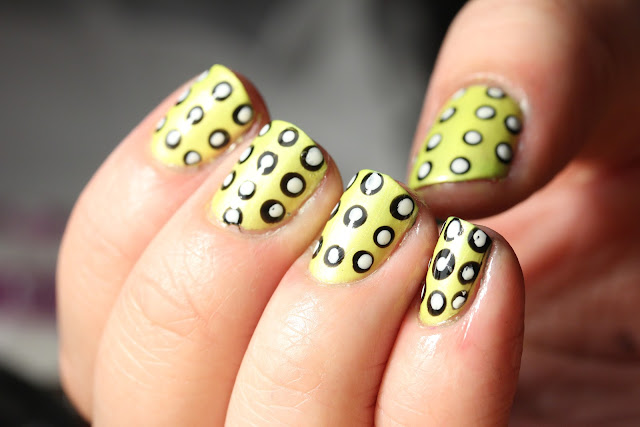 The Verdict:  Like the colour, love the lack of smell but at $15 CAD it's a little on the pricey size, especially with the small bottle.  Worth trying if you have a problem with smell.  This also passed the compliment test, already had two in-person comments today.