February 29, 2012
I spend a lot of time on the internet, reading other people's blogs and getting ideas.  One in particular jumped out me today, Carmen Miranda nails by the lovely Sarah from chalkboadnails.  I loved the ruffled look and had to try it out for myself.

I don't have quite the same colour theme as the original, mostly because I just picked colours at random, hoping they'd be as opaque as possible.  It turned out this was pretty easy to do.  Starting with a white base, I painted a rough strip of American Apparel Malibu Green at near the cuticles.  This one's a bit of a bleeder, hence the green cuticles :(.  Then taking each successive colour and the largest dotting tool I had, I dotted on a line, covering the previous row's edge.  It's nowhere near as neat as Sarah's but I'm happy with the result.  It's colourful! 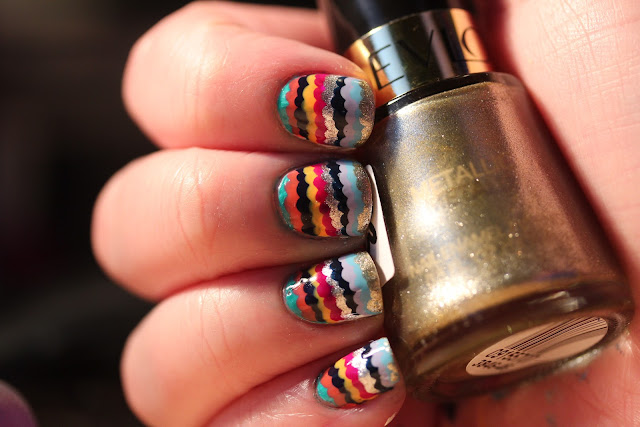 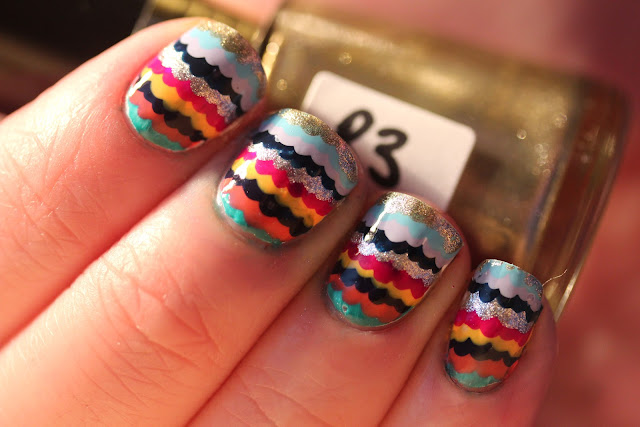 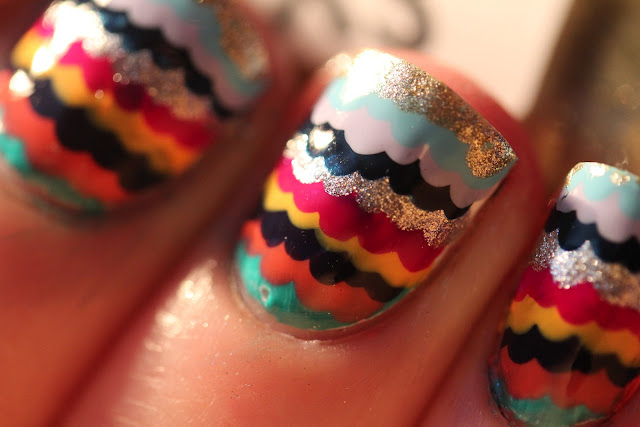 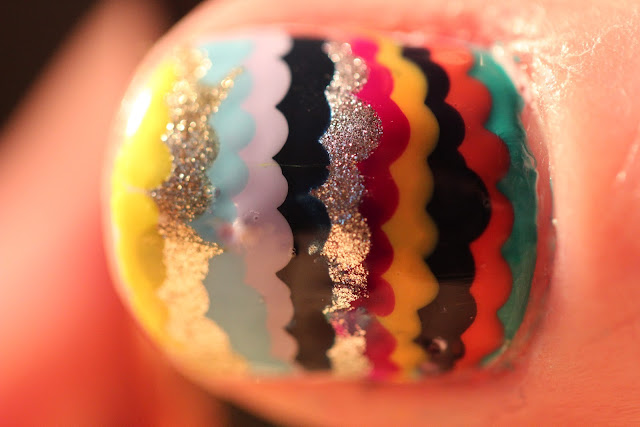 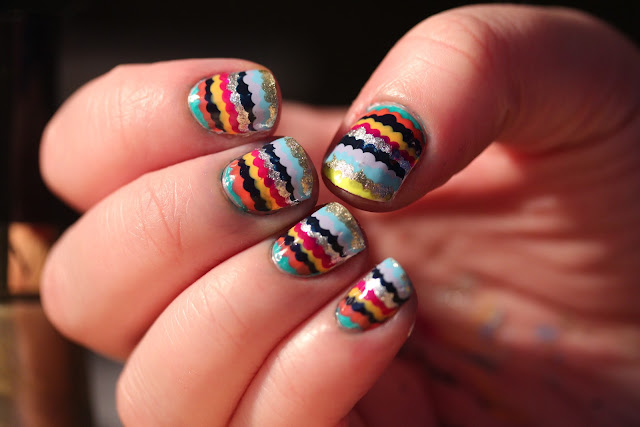 The Verdict:  I like this technique, especially since it gave me another way to look at dotting tools which is always a bonus.  If I had to do this again I'd spread out the dots more and make sure my polishes were opaque as there is some show-through on the lighter colours.