February 19, 2012
Every couple of weeks or so, a friend of mine and I make the comparatively epic journey to Sally's in northern Toronto.  The first few times we went it was awesome as they're the one place I know of that sells Orly and Finger Paints.  However, the past few times we've been my opinion of them has fallen drastically because 1) they don't see a problem selling an two entire cases of Finger Paints Special Effects to one person and 2) never getting anything new.  So, to spite them, I went to the Rexall nearby and bought all the on-sale polishes!  Notable in the polishes I picked up was the following, Sally Hansen Complete Salon Manicure in Thinking of Blue (urgh, pun-tacular).

I've always been a fan of the Complete Salon Manicures as I like the brush and the application is always simple.  Thinking of Blue was no exception, it applied nicely in two coats.  It's a really pretty blueberry creme, too.  As I can't leave manicures along, I just had to give my nails red tips, as I love the colour combo.  Looking through my stash, I couldn't go past A England Perceval - a stunning, rich, metallic red.  I have this one all ready to be reviewed with pics so check back soon for that one. 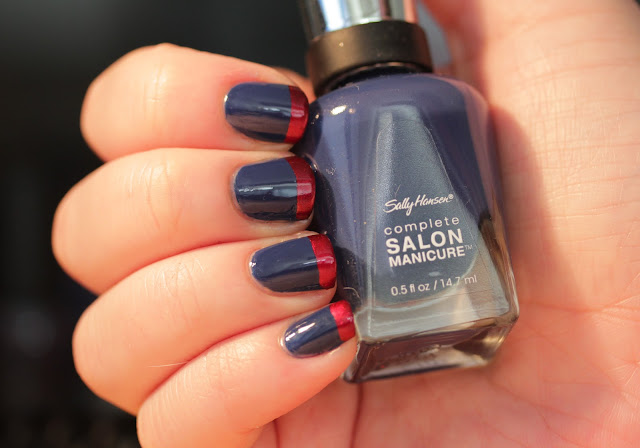 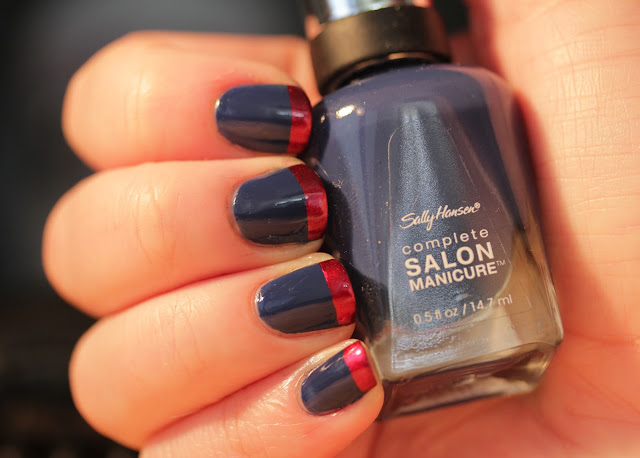 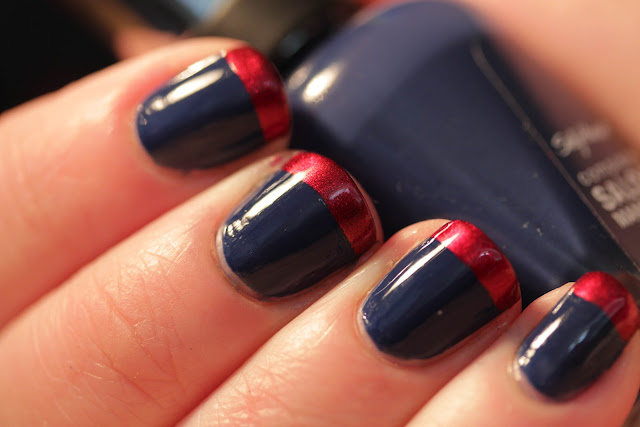 Don't you love how rich both these colours are?  I especially love Perceval, it's so rich and is opaque in just about one coat. 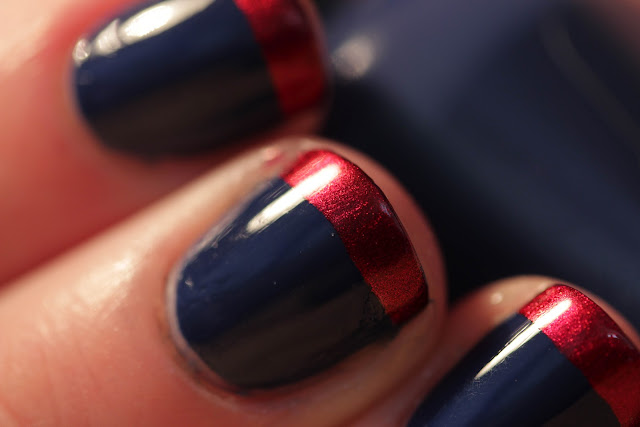 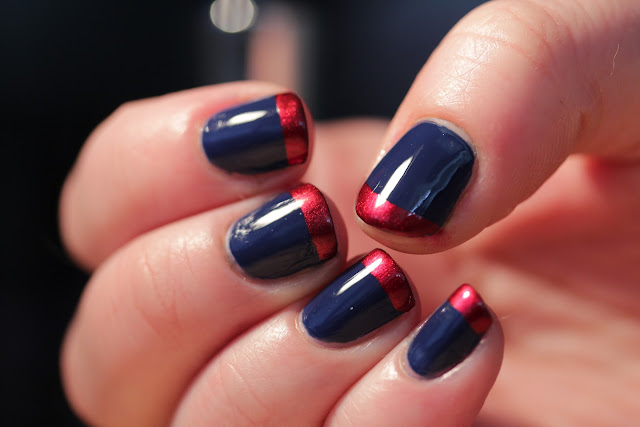 The Verdict:  I'll be reviewing Perceval in a separate post so I'm just going to sum up Thinking of Blue for now.  It's such a pretty colour, applies really well and you can usually find the Complete Salon Manicure polishes for about $5 in various drug stores.  A winner in my book.