Experiments with My New Pinking Shears

February 20, 2012
If you've read even a couple of my posts you might have noticed that I have trouble leaving a plain colour be.  Stamps, taping, dots, you name it and I wanna try it.  Given I had some time on my hands over the weekend I decided to hit the arts/craft shop to see what I could find that I could conceivably stick on my nails.  Did I ever hit the jackpot with a pinking shear set with FIVE interchangeable blades.  I was a bit miffed at first when I realised they were safety scissors but with enough speed and tension they cut through tape nicely.  The problem was what then to do with them! SQUAAARES!

First up, I want to talk a little about my base colour, OPI Russian Navy.  I don't want to just gloss over this as it's a really pretty purple/navy with tiny, tiny orange and blue shimmer particles.  I did have a few issues with the application as the blue tends to bleed everywhere when you try to clean it up but whatcha gunna do.   Take a look at the fourth picture down, see if you don't think it's worth it for that hidden colour shimmer.  This is two coats. 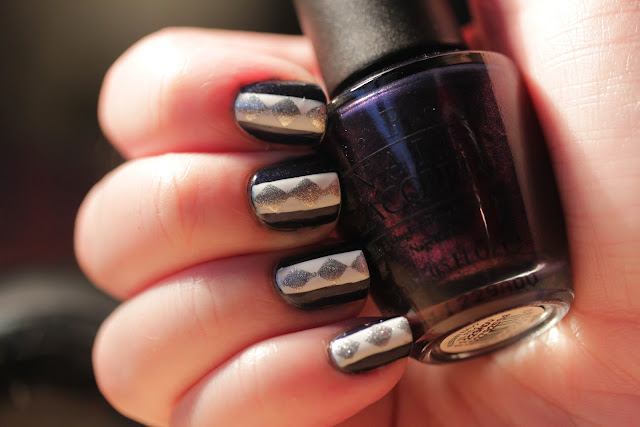 Having added the base colour, I kiiinda decided to wing it.  Here's a breakdown of the steps I used: 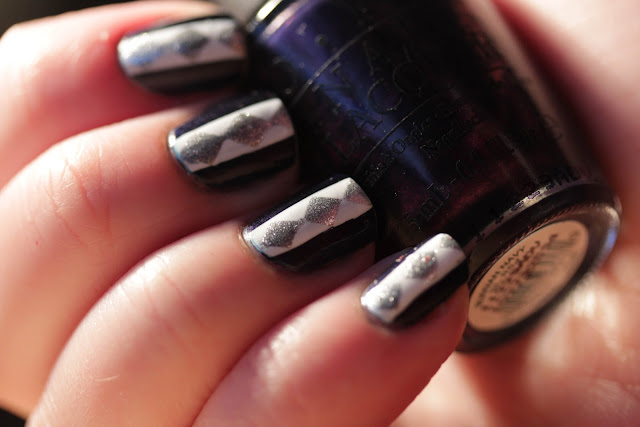 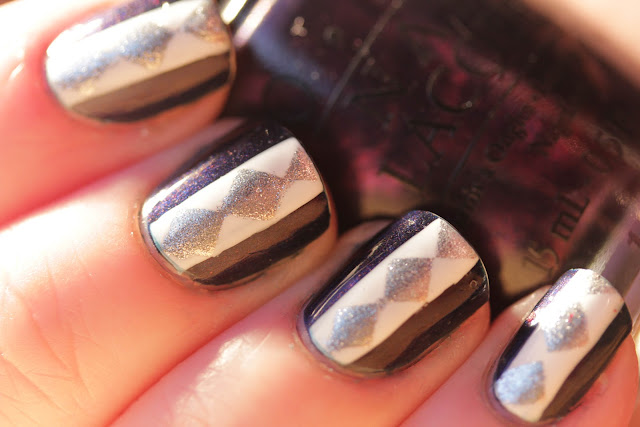 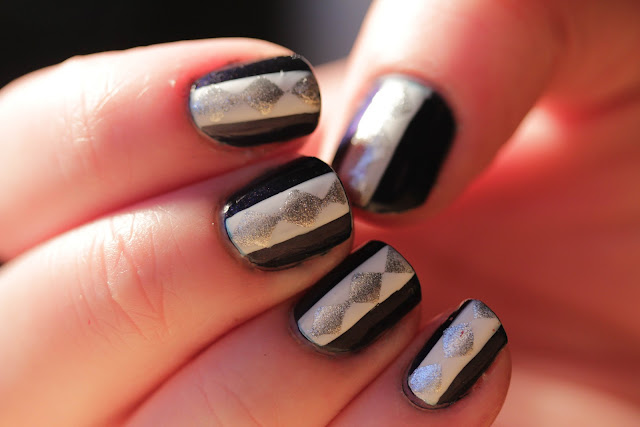 The Verdict:  Russian Navy is a nice purple-navy.  The shimmer adds points, the clean up takes them away. There are others out there that do much the same that are cheaper like Sally Hansen Complete Salon Manicure Navy Baby, a constant favourite of mine.  The pinking shears, however, and their five different blades, I loooove.  Brace yourselves, you've going to be seeing more of this.  I love how this came out :)