September 26, 2012
I went on a bit of a Zoya rampage the other day.  Trade Secrets is my main source, living in Canada, and I've been trying to avoid it lately as I'm trying to be a proper adult and not spend all my disposable income on polishes.  Anyway, I was there and magically five Zoyas came home with me and that's that.  Let's take a look at one of the standouts, Zoya Fei Fei.

I was particularly attracted to Fei Fei as there's so many different colours in would could have so easily been just another glass fleck polish.  On close up, there's blues, greens, yellows and greys that all come together in a shimmery blue-grey.  Because I can't just do a swatch, it seems, I thought I'd throw in a half-moon.  I recently found my binder reinforcement labels and used them on top of Rimmel Black satin to create the moons.  One coat of Fei Fei was enough, surprisingly. 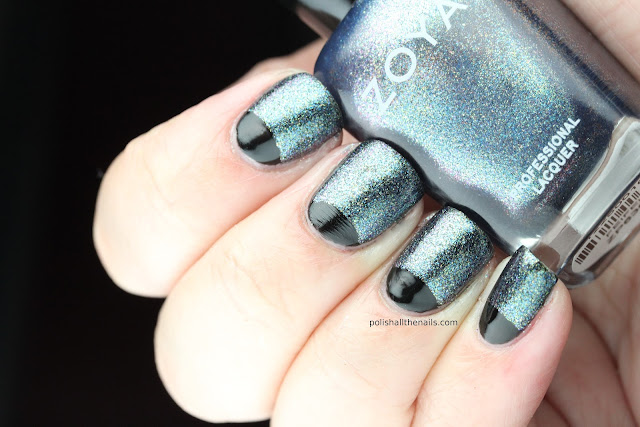 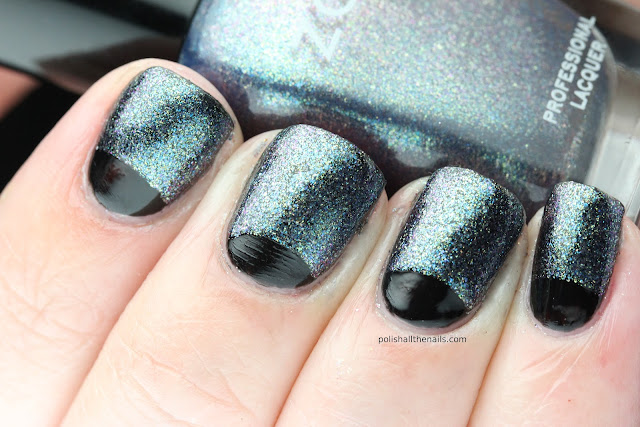 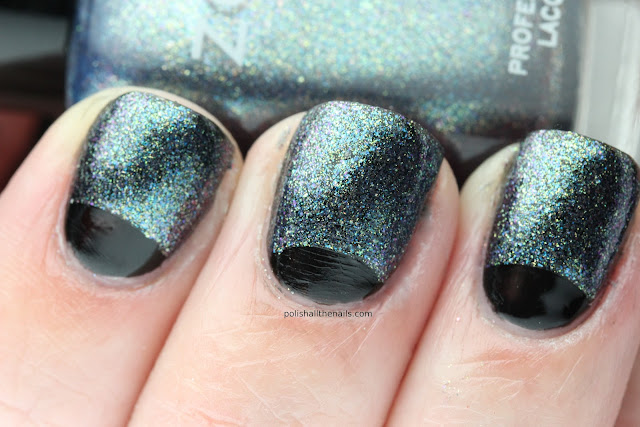 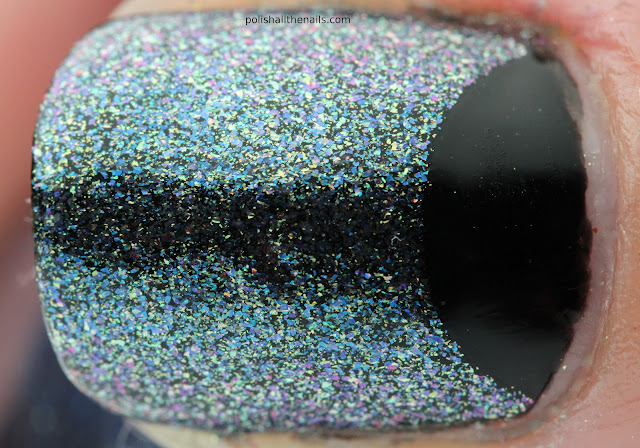 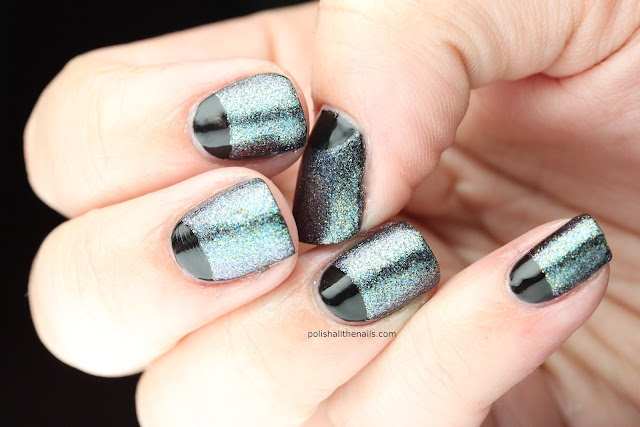 The Verdict:  Pretty!  And half moons.