Review: China Glaze It's a Trap-eze vs. Whirled Away

December 14, 2012
It should come as no surprise I like the glitters in the China Glaze Cirque Du Soleil: Worlds Away collection. I've always liked the rainbow glitters and matte glitters so there's no way I could have resisted Whirled Away and It's a Trap-eze.  I wanted to show how versatile they could be so I thought I'd try them both over China Glaze Purple Panic.  Yes.

Let's take a look at the two, to see what we're dealing with: 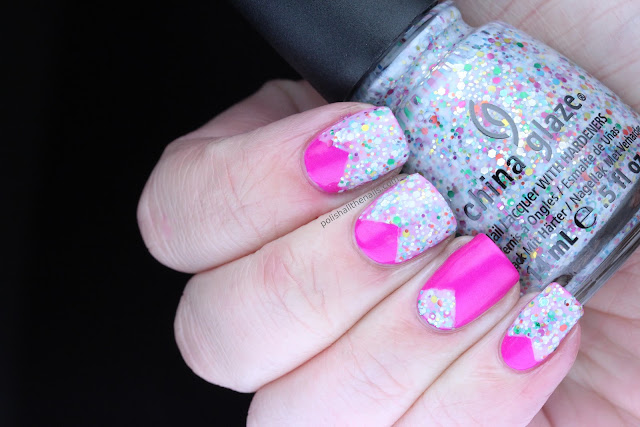 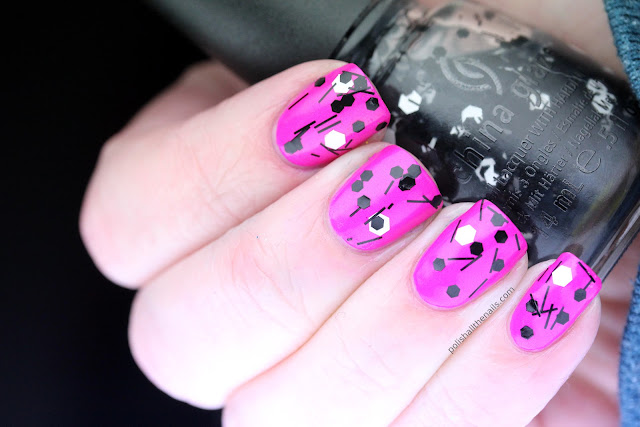 To start, let's do It's A Trap-eze.  I can't believe how much I love this polish.  There's just so much rainbow glitter, in a nice white creme base.  My favourite thing about it thought is that it layers well over other colours.   Here, I started with two coats of Purple Panic then taped taped off the triangles, followed by a thick, single coat of the white glitter.  I'm really impressed at how easily it applied.  I've had a lot of polishes before not behave themselves when they have to be layered like this.  It's a Trap-eze applied really well with the glitter and base going on nice and smooth.  Look how well the pink peeks though without being overwhelming! 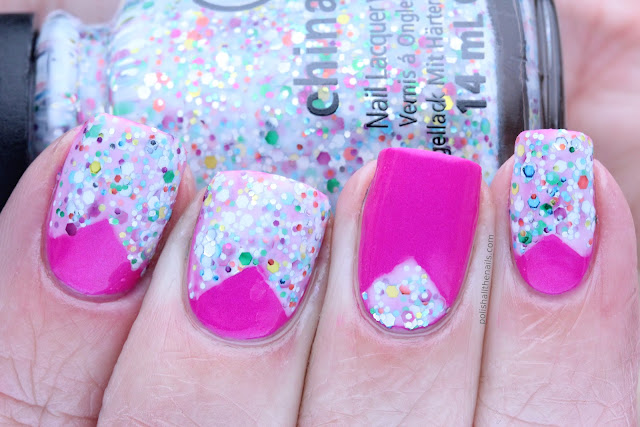 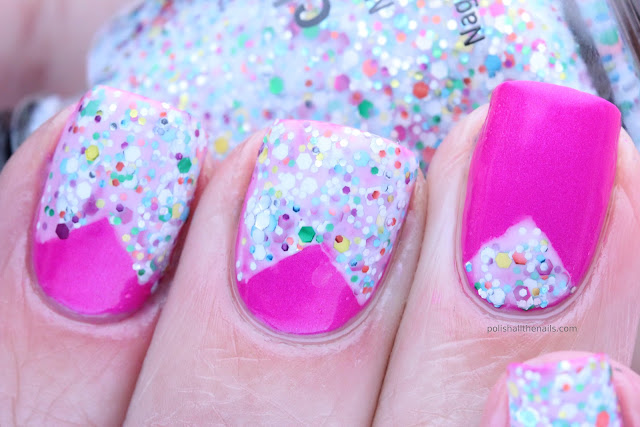 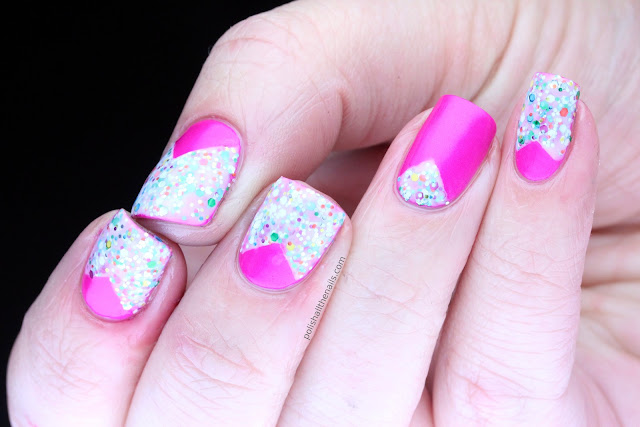 Next up, a completely different look for Purple Panic with Whirled Away, a clear polish with black and white matte hex glitter with black bars mixed in.  I have a lot of these kinds of polishes but love them every time.  It's interested that a commercial brand like China Glaze is getting into the matte glitters.  Really gotta wonder what Lynnderella would have to say about this!  Anyway, application of the glitter was decent, this is one coat.  I had to fish around for the white glitter a little but that's only because I wanted one on every nail.  No big deal.   By the way, please excuse the inconsistent photos coming up, this is what happens when I let my camera let the aperture and exposure itself :) 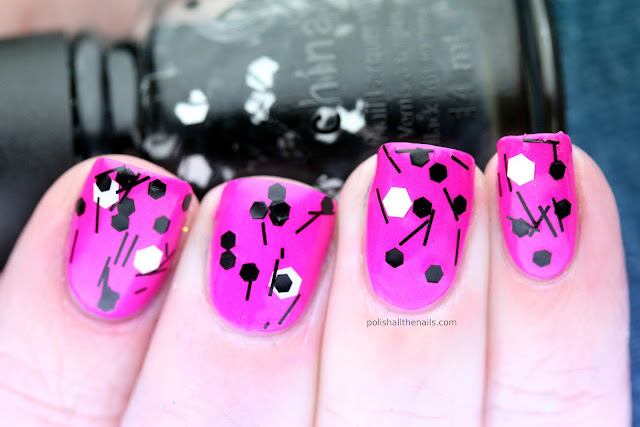 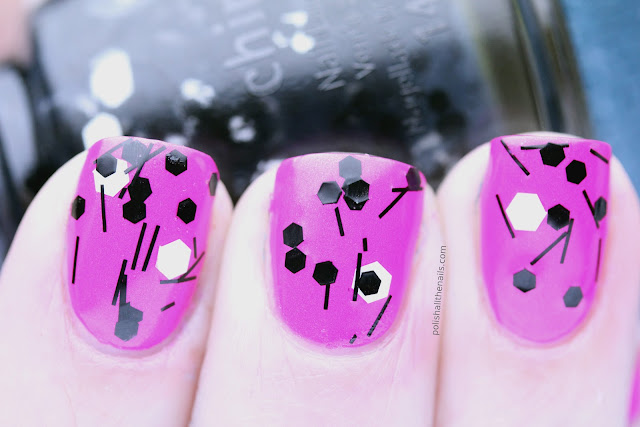 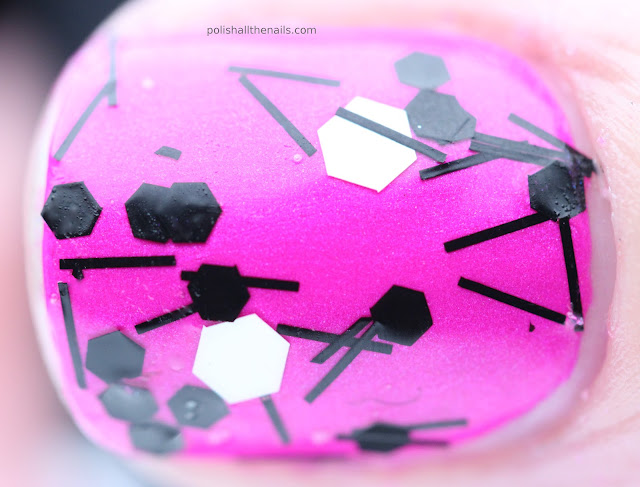 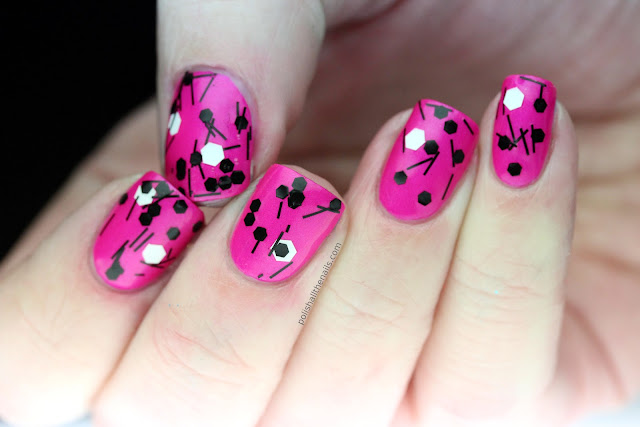 The Verdict:  Both really good polishes.  Really impressive for China Glaze, I have to say.  I hope they continue coming with more indie-style polishes, there can never be enough!