The Electric Mermaid Strikes Back!

October 29, 2013
Hi, not dead, just busy with Halloween party that was totally awesome, and then my computer making burning smells.  Still not sure what's doing that.... Anyway, I have something unprecedented to show you today - a third version of the same mani!  This one is particularly special to me as it was my first post to really take off and is still my second highest viewed post of all time.  I'm talking about my Electric Mermaid Nails, and Electric Mermaid Nails 2: The Mermaidening.  Let's take a look at the Electric Mermaid Strikes Back, shall we? 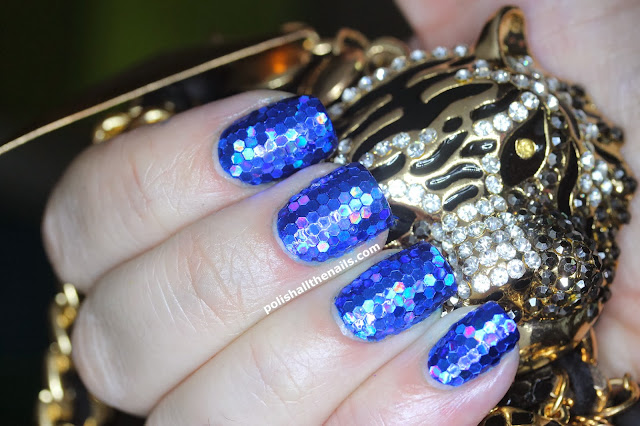 Nothing here has really changed - I'm doing the same three coats of Sally Hansen Co-bolt Blue for the base and the same cobalt blue holo glitter for the mosaic.  It's just a matter of starting in the middle at the cuticle and building a straight column which sets the spacing for the rest of the nail.  The best thing about having a base colour so close to the glitter colour is that you don't need to cut pieces to fit around the edges.  A couple coats of Seche Vite and you're done.  Keep in mind that with the glitter placed so close together, your top coat might go a bit...funny.  Hard to describe how but yeah.  If you space them out just a little, you'll get a smoother finish but not as much glitter so it's a bit of a trade-off. 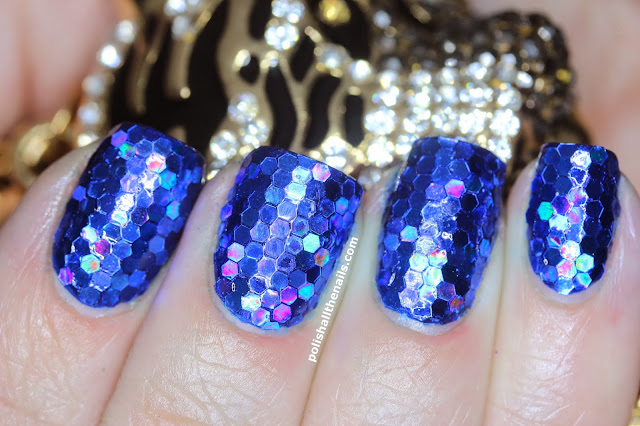 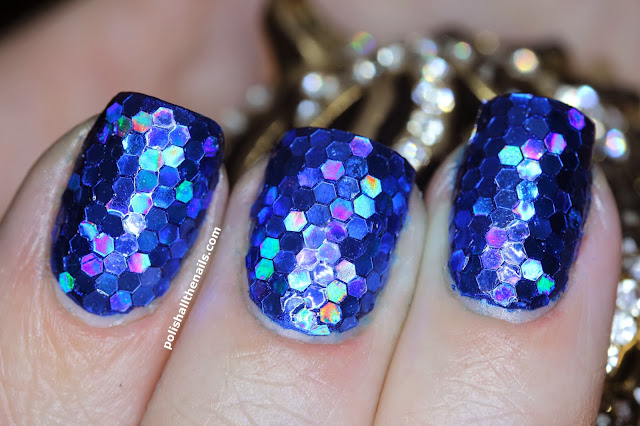 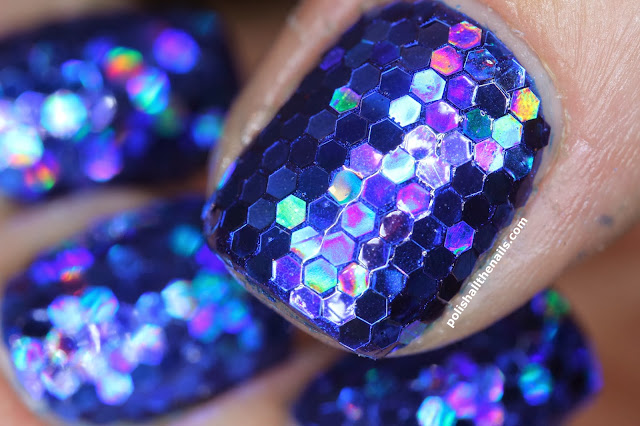 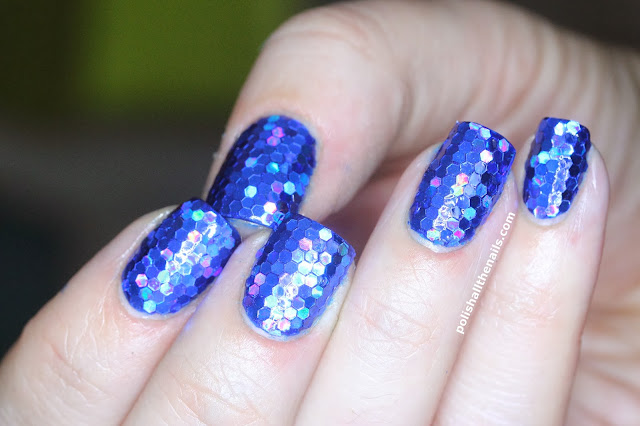 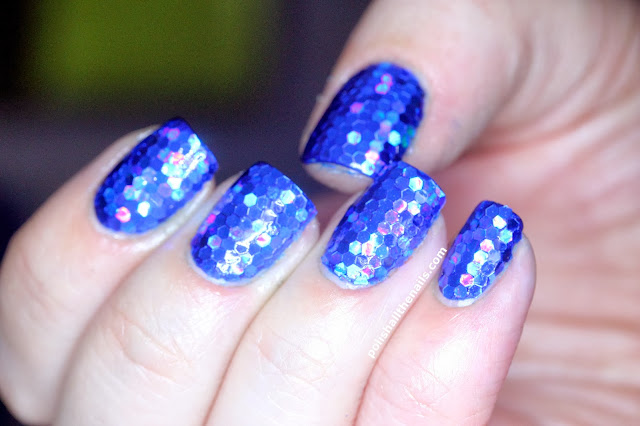 The Verdict:  I tried something different with my lighting, what do you think?  Turns out that turning off my lightbox and just using the ring flash gets this really stark kind of lighting.  It makes my skin look a little weird but makes the glitter stand out nicely.  I love this glitter so much, it's nice to use it again.  Sparkly!