April 20, 2014
OH MY GOD what a pain in the arse these nails were to do.  They don't look it but all the way along, pain, pain and suffering.  First I tried to do white with blue stripes but it looked weird.  Then I did this but the blue and white both bleed, but in different ways.  Then I didn't clean up right and had to spend ages photoshopping the white bits off my fingers.  Just urgh.  Don't even get me started on the anchors.  I've spent like hours on this for no reason, all because I like anchors and stripes.  URGGHGHFGHGHGHGHG.  Just squint when you look at these, ok?  Looks more like how I want it then. 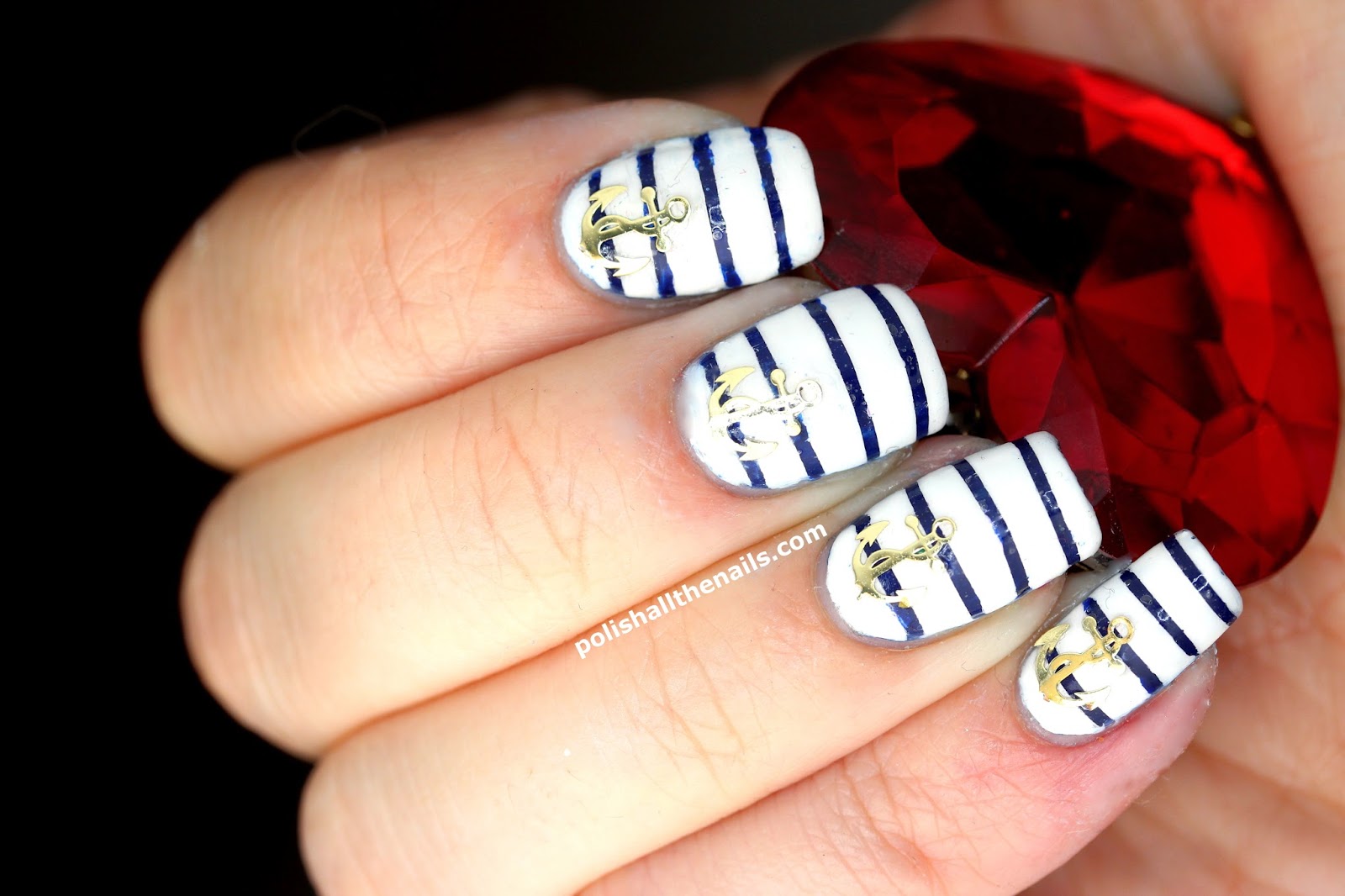 Alrighty so it's the law to have stripes with anchors and I really desperately wanted to use my anchors because they're part of my recent China mail and look at them, they look so cool.  HOWEVER.  These bastards will literally cut you.  If they are not completely buried in top coat or glue, they will start to flake off and those edges will slice your fingers a bit.  Ridiculous, right?  Worth but way to be dramatic, nail art "stickers".  Anyway, this is about a million coats of first OPI Umpires Come Out at Night followed by a white polish from Revlon Neon Nail Art Duo.  I used a thin brush a bunch to clean up the stripes around the edges.  Using liberal amounts of top coat, I then stuck the anchors on.  You seriously can't use enough coats of this.  Bury them.  Oh and I'm still recommending them despite the cuts because LOOK ANCHORS.  Urgh, this is not a coherent post, too bad :) 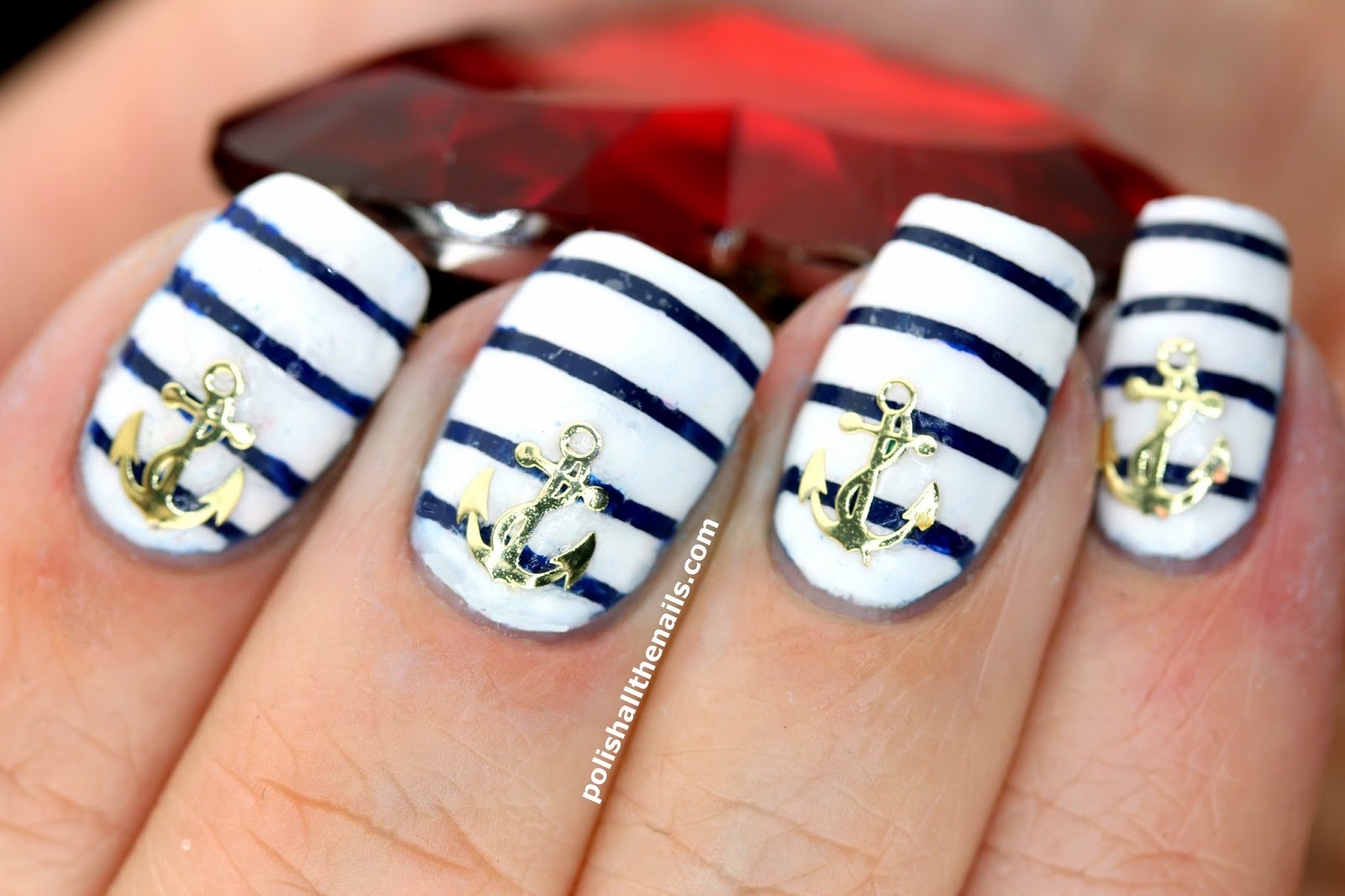 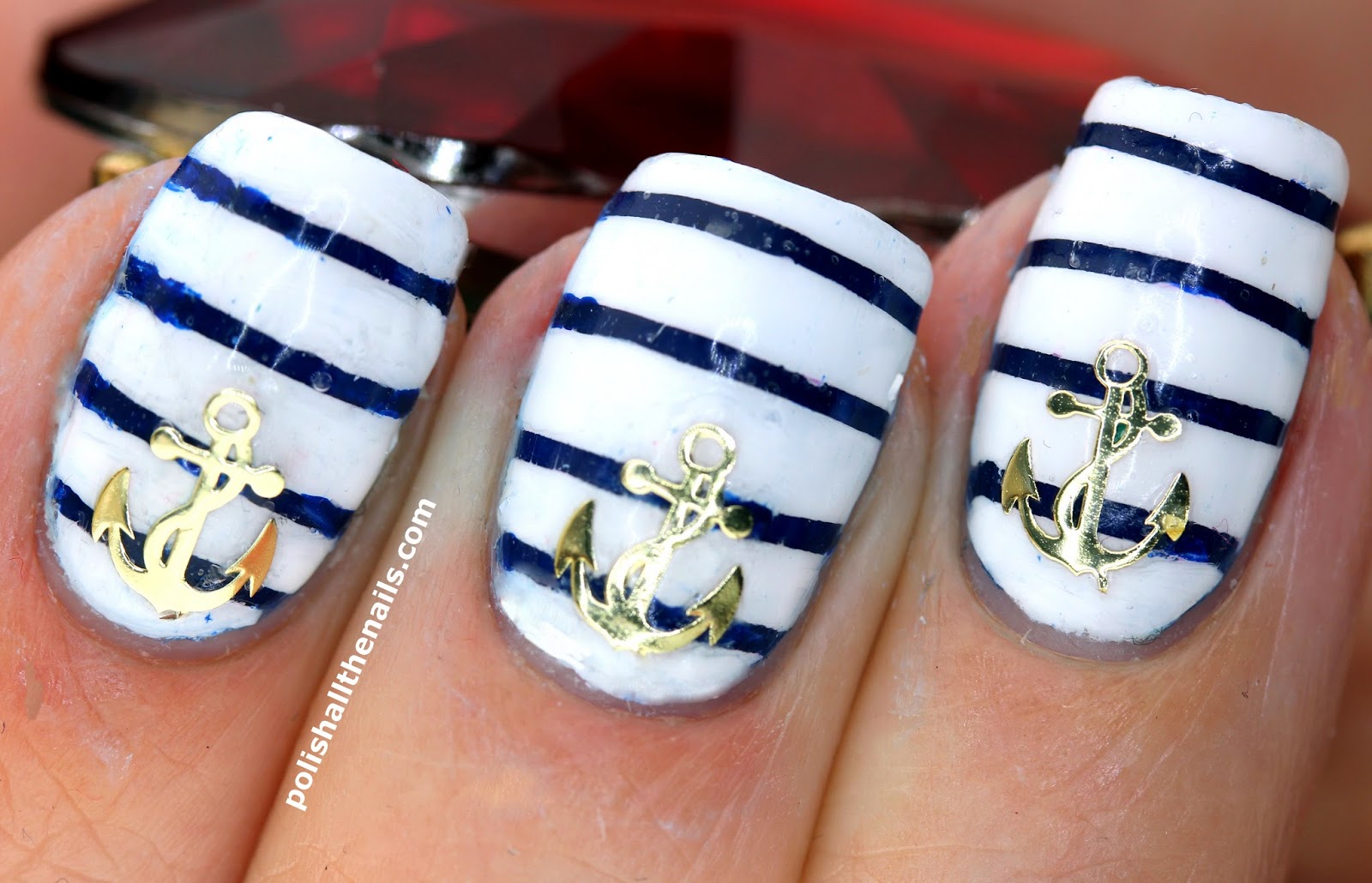 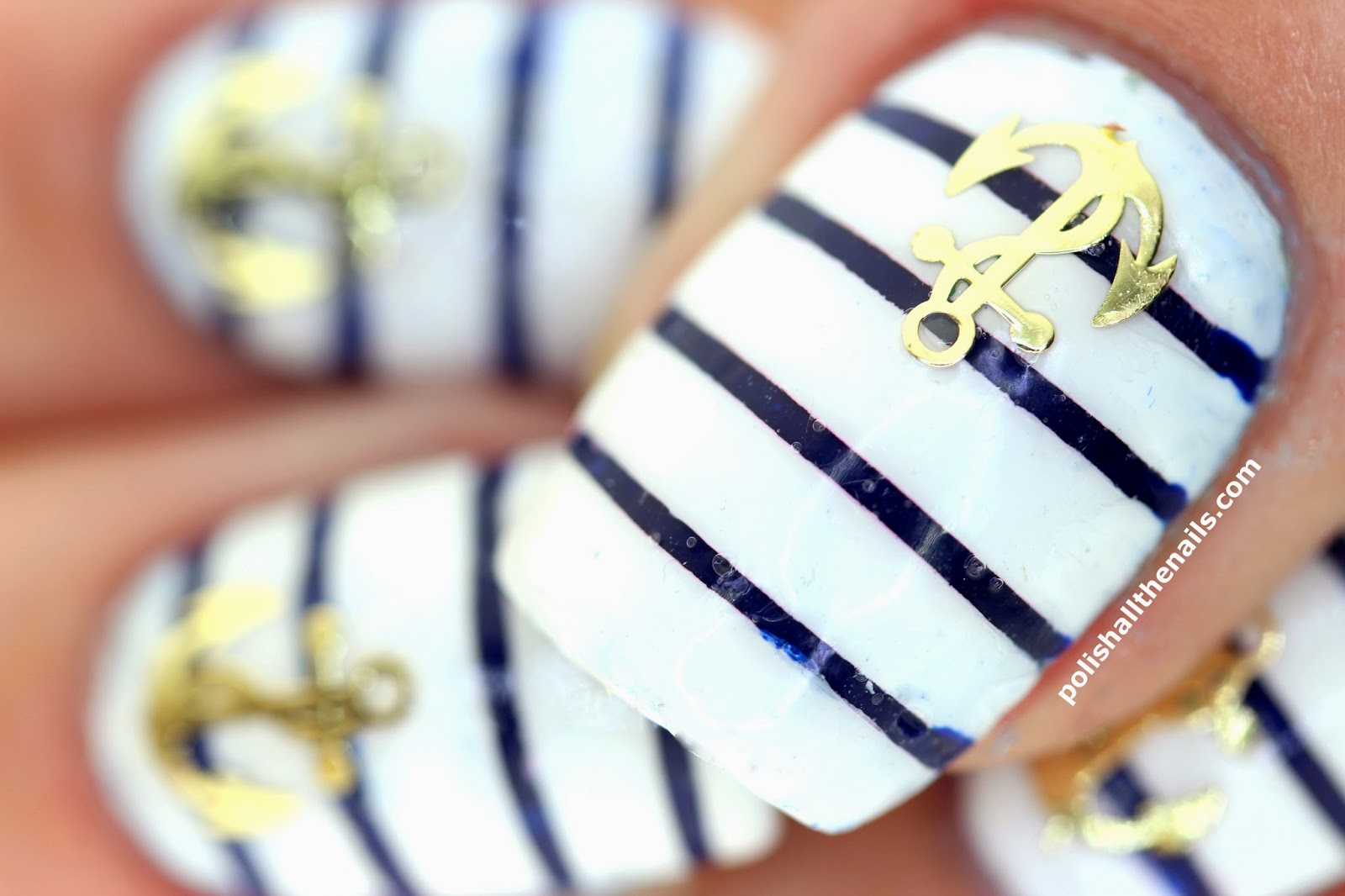 The Verdict: If I squint this is what I wanted.  Crisp white with crisp stripes and those awesome shiny gold anchors.  If I can ignore the execution, that is.  These are it, if you're wondering.  Alipress is my new obsession, you can spent so much time on that site, it's crazy.  And ultimately expensive.  Eh.