July 24, 2012
I've been working on something rather special of late.  I'm nearly ready for the reveal and I'm excited for you to see it.  It's been so time-consuming, however, that I've been left with only enough time to throw together one mani, and a relatively simple one a that.  Said simple mani has to involve glitter though, as my project has been heavily glitter involved and that's as far as my brain gets.  As a hint, my project has so much glitter in it that my personal trainer was making fun of me for having so much glitter on my face.  There's glitter on the cat, on my bf, EVERYWHERE but omg, so sparkly.

Anyway, on to the mani itself.  Base colour here is Urban Outfitters Smush, a lovely minty blue-green creme.  The colour's particularly hard to describe though.  The pictures do it justice, but it just doesn't appear properly on wikipedia's colour list.  It's one of those colours that looks great with pale skin tones so it works for me.  Application was good, two coats is all you need.  Once it was dry, I used my normal technique to appear the glitter dots.  The trick with this particularly large glitter, though, is so press down all the way around the pieces to make sure it's stuck down.  If you don't, an edge will protrude through the top coat and I am physically unable to stop myself from picking it off.  If you take your time, it's usually not too bad. 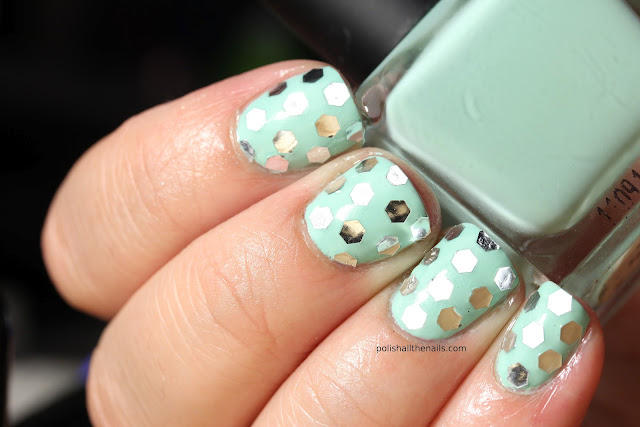 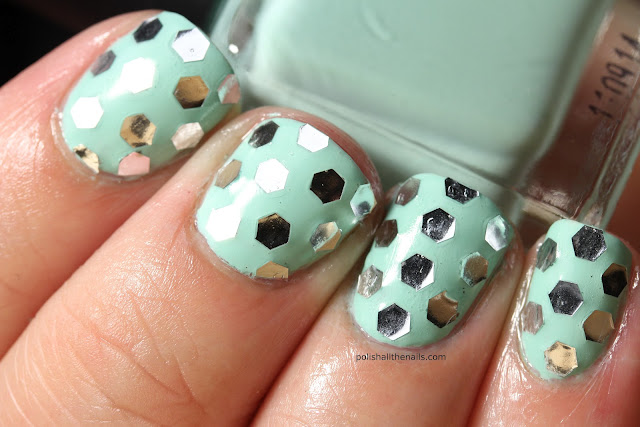 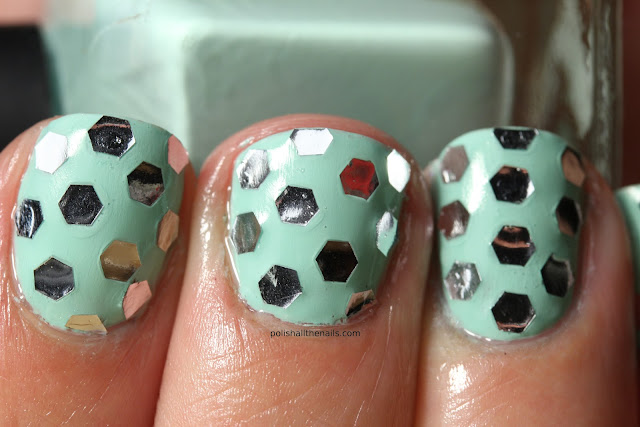 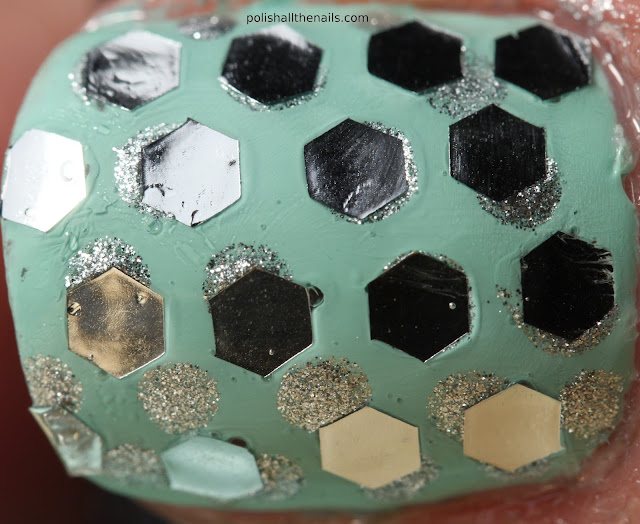 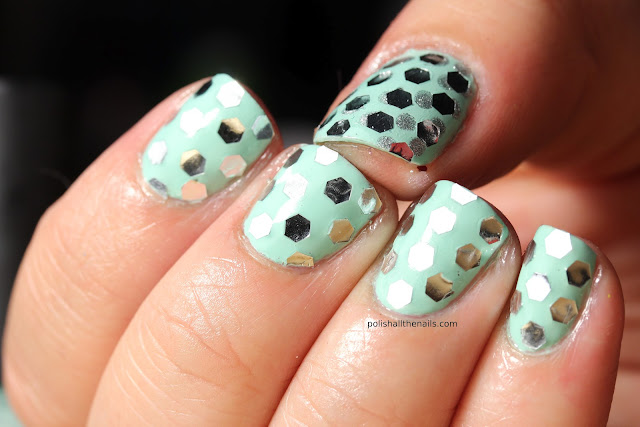 The Verdict: I really like how this came out.  The mint is a great colour, the glitter is stuck down well, despite how big the pieces are, and it's super light-catchy, which is always good.