May 11, 2012
It's tricky, being a nail blogger and having to deal with flying 22 hours from Toronto to Melbourne.  Not so much the flight - I have resources to deal with that.  It's more about how I'm going to go more than a day without doing my nails.  I hate it when they chip as I end up picking it all off and that's ever a good look.  Instead, I decided to go with my most reliable Sally Hansen Salon Effects, Misbehaved, the fishnet stocking print.

Using my normal application technique, I whacked these on.  There's something really durable about this particular pattern.  I've worn these for five actual days before and not wanted to claw it off so victory there.  I also like the pattern, nothing too obvious and in your face, just patterned and non-chipping. 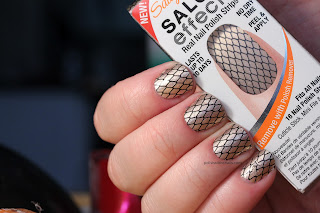 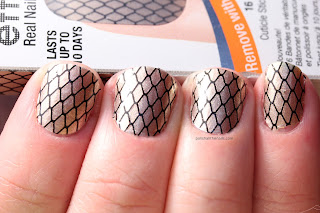 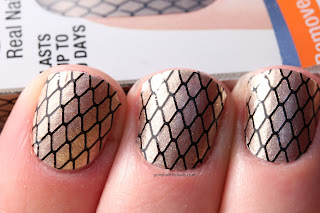 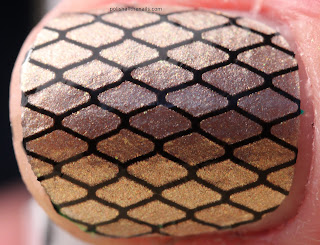 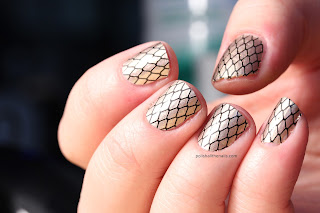 The Verdict:  Always a good one this one.

So, I might be a bit flakey with posts over the next few days but it's only because I'm literally either in the air or at my parent's house and their SATELLITE INTERNET isn't 100%.  I'll be featuring a lot of guest posts (thanks to everyone that sent them in, I got them all!) so keep your face pointed in this blogs direction, it's about to get guest-posty