June 12, 2012
Last night, I decided that I might just have to try something different.  I've been doing a lot of glitter gradients, swatches of indie polishes as well as my trusty glitter mosaics but haven't really played with tape much.  Given I have a fresh bottle of Seche Vite and just found my Scotch Tape, why not give it a go?

The thing that's always stopped my taping attempts in the past has always been impatience.  I wouldn't wait long enough before applying the tape which would then either pull up the base colour or I'd be too scared to stick it down full and the top colour would bleed.  This time I was determined for success.  First up, two coats of American Apparel Sunshine State, the egg yolk yellow.  I then waited.  Then waited five minutes more.  Next, sticking the tape to my palm first, I laid the tape near my cuticles and added a thick coat of Urban Outfitters Bandeau.  It's such a fantastic purple, and has a really interesting rubber effect.  It's not the best choice for the one coat here but oh well.  Finally, using another small piece so as not to go near the purple, I added Urban Outfitters Hottub to the tips.  I love this colour so much.  It's so bright, with a subtle gold shimmer, it's amazing. 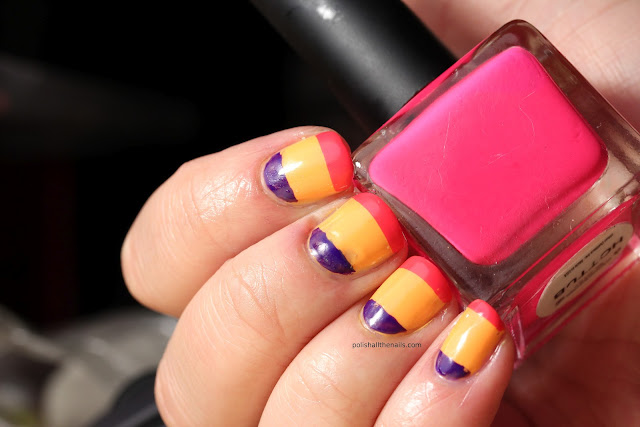 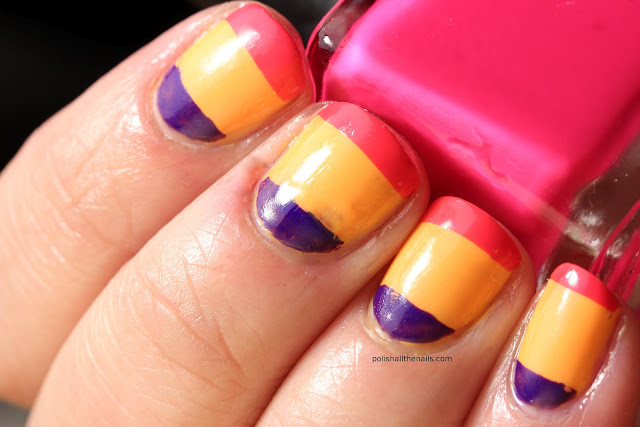 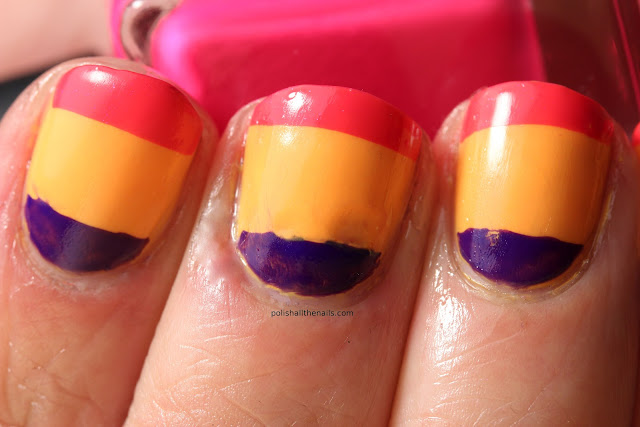 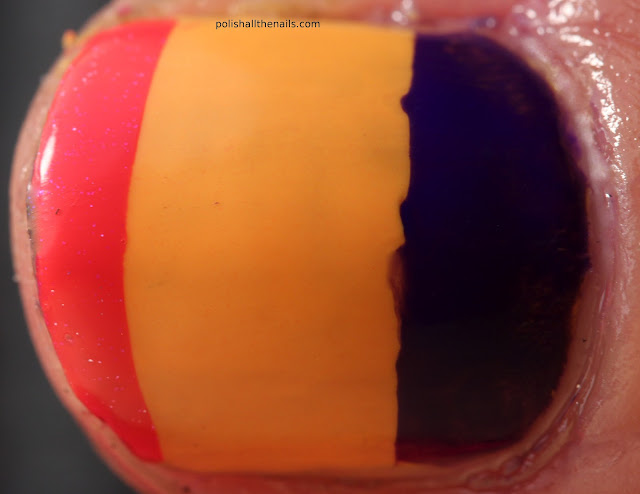 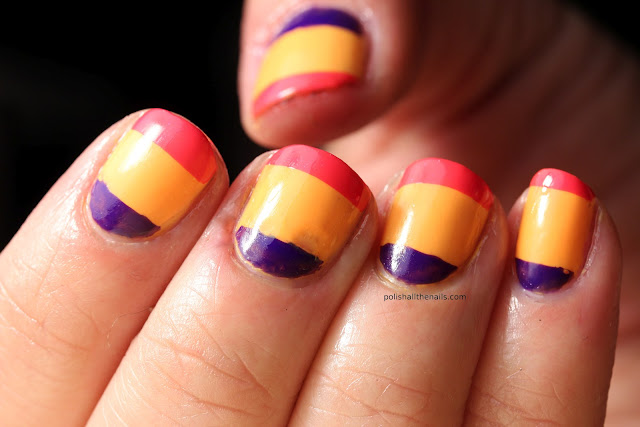 The Verdict: I love the colours here - so bright and summery - but I wish I'd changed up the stripe widths so there was more purple and less yellow.  Next time!