June 14, 2012
For today's nails, I actually had to fit a theme, of all things!  Every year, the advertising half of our company throws a massive themed party and this year, it's superheroes and villains.  Because I'm not the most organised person in the world, I went to get my costume from the only costume place nearby, the day before the party.  I was so tempted to go for an evil queen costume that was actually produced for an opera, it was that elaborate but an floor length red cape stole my heart.  I, then, am going as Super Developer!  Never a defect or a bug exists that I can't fix!  Never a cat video that will go un-shown!  So, I needed superhero nails!

First up, the same cloud design I used here.  Sally Hansen Smooth and Perfect in Air makes an excellent base for clouds.  After three coats, I created the clouds using Rimmel French White Tip Liner, dotting on to create the clouds.  I should have followed my instinct and used purple for the writing but instead, I used American Apparel in Downtown LA for the writing.  The hero herself, that's just a mixture of polishes :) 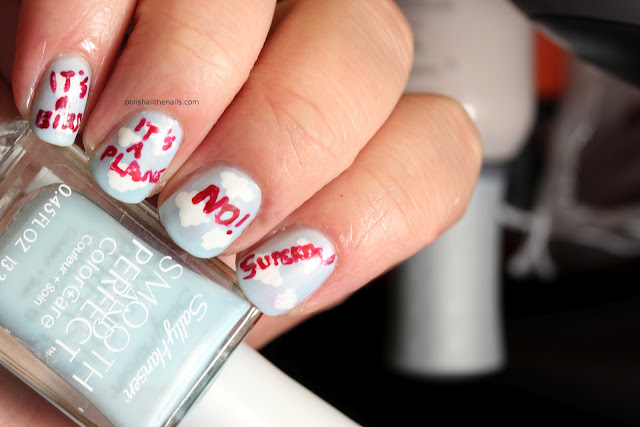 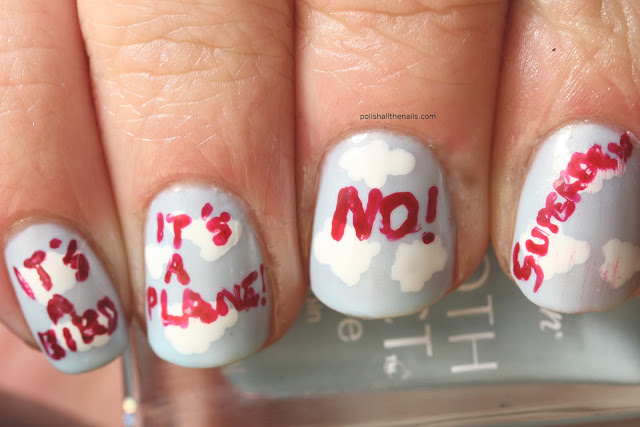 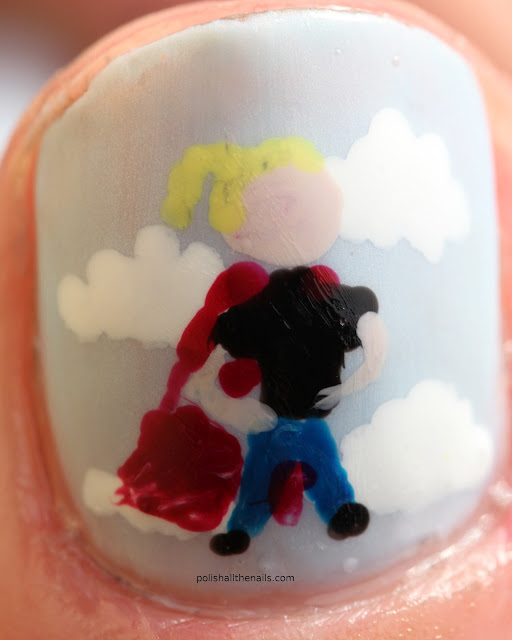 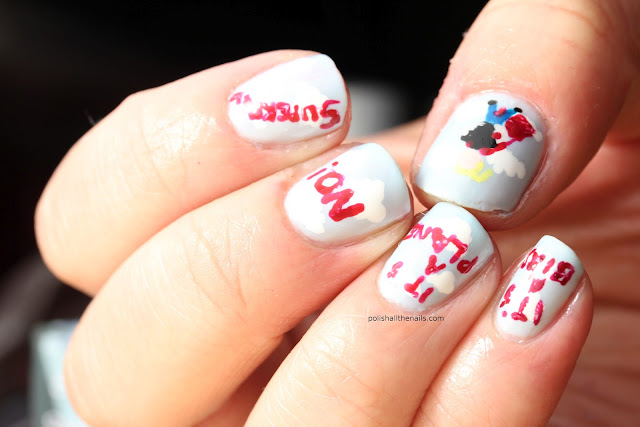 The Verdict: Yay superhero nails!  I kinda want to do more heroes now, I really like how she came out :)