July 18, 2013
I'm getting back to routine now I'm setting into my new job.  A new activity appears to be spending large amounts of time on a weekend day spending a lot of time doing the most crazy nails I can think of.  I've had this square black glitter for a little while now and wanted to see what it would look like over a horizontal rainbow gradient.  So that then. 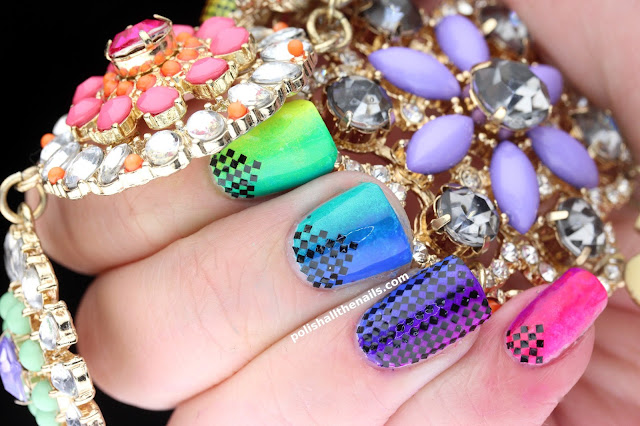 I've done this style of gradient before and I should have used a lighter purple, like I did last time.  Anyway, same process, starting off with two coats of OPI My Boyfriend Scales Walls.  Taking a small piece of makeup sponge, I then painted on stripes of my twelve different colours, using the same polish on the edges of each contiguous nail, to make it blend better.  I'm going off memory here, but the pattern goes something like this, starting from red on my thumb: Floss Gloss Fastlane, Urban Outfitters Tiny Shorts, UO Ringo -> Ringo, China Glaze I'm With the Lifeguard, CG Turned Up Turquoise -> Turned Up Turquoise, American Apparel Neon Blue, UO Blue Velvet -> Blue Velvet, UO Bandeau, Zoya Charisma -> Charisma, UO Hottub and Revlon Pink Lingerie.  Can't remember SQL for my job but I can remember the names of 12 polishes I used a week ago >.<.  Anyway, once that was done I went to work with the black square glitter.  I used the usual trick here, doing a line down the middle then building out either side. Omg this is so much text, you know the drill with glitter by now. 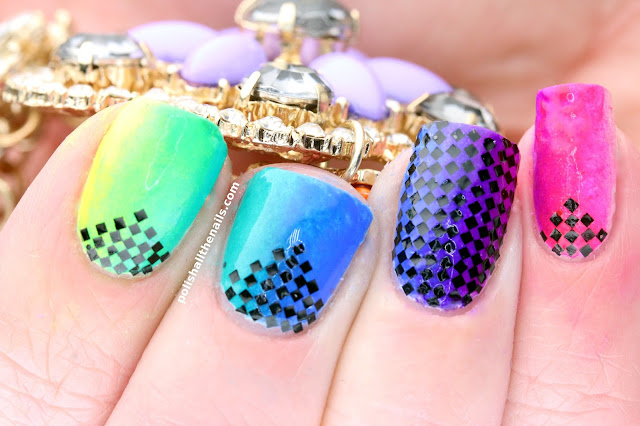 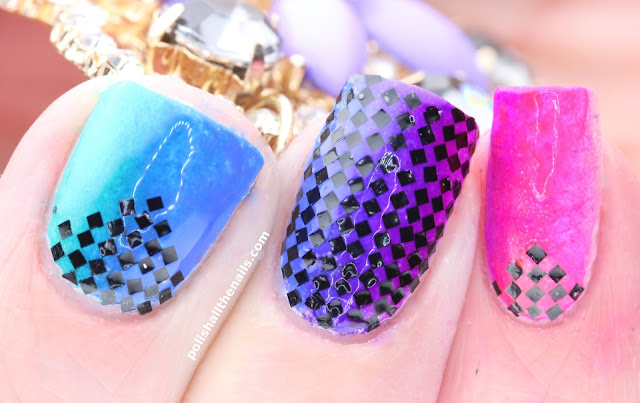 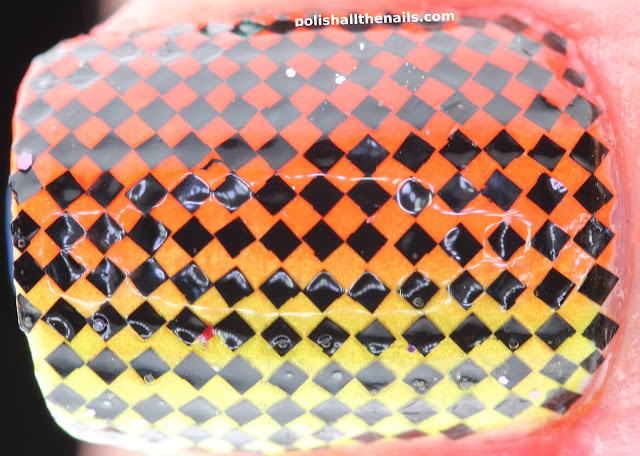 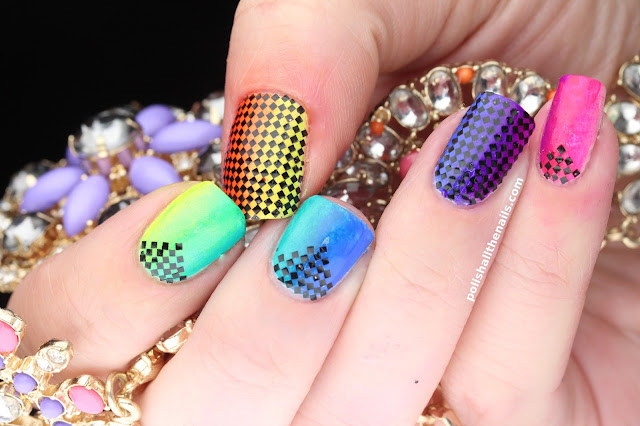 The Verdict: I'm sad that my purple was too dark on my ring finger to really see all the glitter in there.  It too so long!  And you can't even really see it in person!  Sigh.  I love this kind of gradient though, it looks like what I want duochromes to look like, if that's a thing.  And I love square glitter too.  So yay?