Sometimes Subtle is Too Subtle

September 03, 2013
You might notice I've been a little light on the posts lately.  I have a good reason!  Recently I was contacted by an agency in New York that wanted me to help them make content for Revlon's new Tumblr!  Of course I was going to say yes.  My first entry went up last week and I'm quite proud of it.  As a side note, I wouldn't totally hate it if you liked it on Tumblr, because I like winning, even if it isn't a competition.  THIS WILL BE THE ONLY TIME I ASK THIS, I SWEAR.  Anyway, that hasn't been leaving me a ton of time to do complicated things so it's down to whatever strikes me at the time.  In this case it was an attempt at a black-on-black texture thing with Ozotic 623. 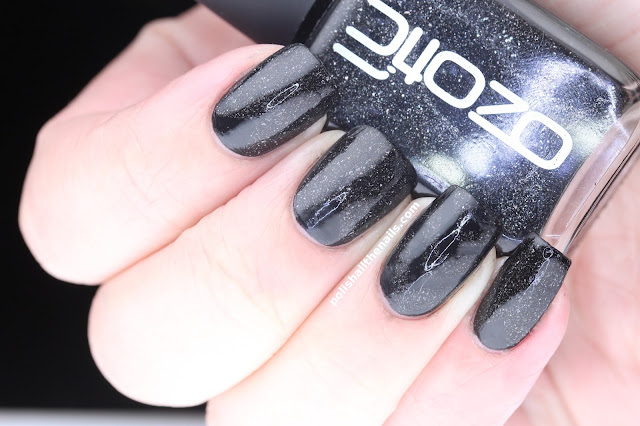 You can kinda see what I was getting at here.  I started with two coats of Rimmel Black Satin and once it was dry I cracked out my zig-zag decals and added a coat of 623 to my thumb and ring fingers.  The other three nails got tape for a triangle half-moon.  I love the texture in 623, it looks like granite, which is totally cool with me.  It just doesn't really show up over black.  Which makes sense because it's black too... oh well.  I could tell there was something other than just black going on here, which is what counts. 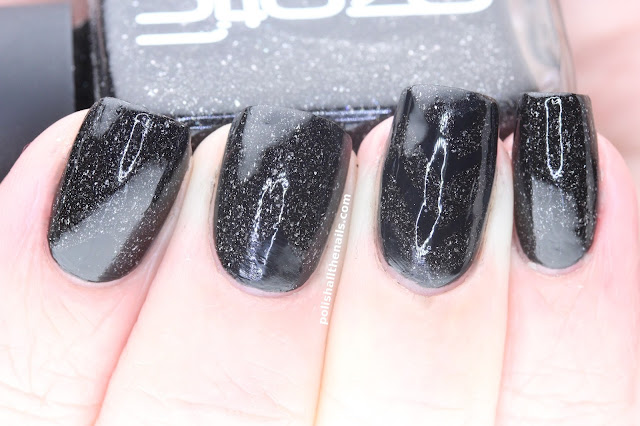 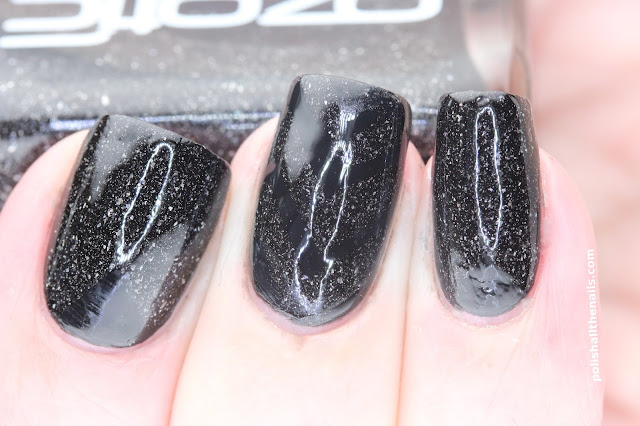 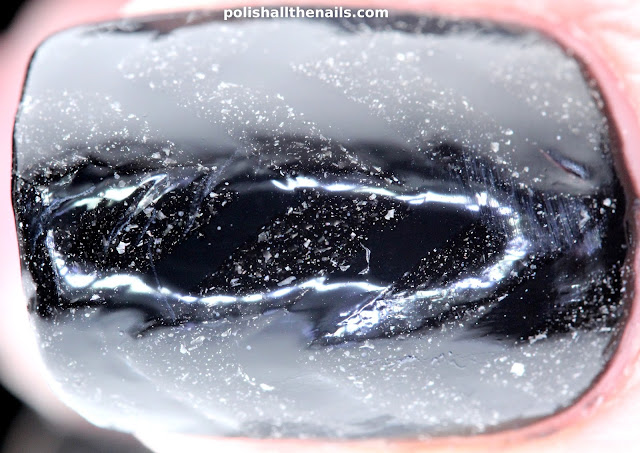 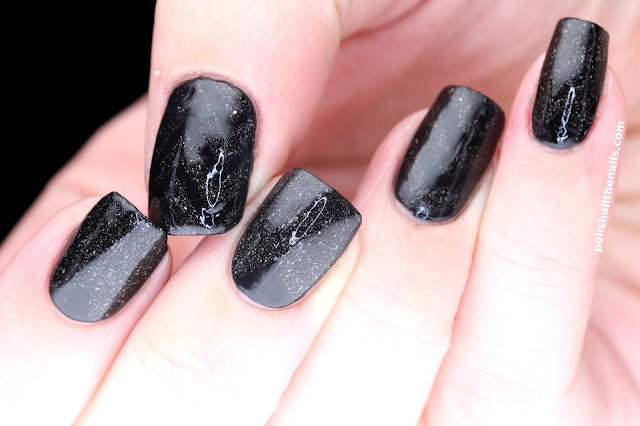 The Verdict: Always love Ozotic polishes, they're either ridiculously holographic or interesting in the texture.  And I really like the decals from Sticky Nails.  I get bored with just one colour of polish so I like to throw in a bit of zig-zags in there.  Just remember to stick it to your palm first, kids, otherwise you'll have a bad time.  Tumblr! Words.

Nail decals were sent to me for my honest review.  I really like them :)