Tried for Girly, Got Grungy with Color Club Halo Hues

Sometimes things done turn out how you planned.  I've been doing a lot of glitter lately so when I sat down to do a mani that wasn't glitter, I decided to follow suit with jessuhhkuh on Instagram and do a girly, soft rainbow mani with Color Club Halo Hues polishes.  I did that but instead of being flowery and soft it came out really grundy.  Turns out that's ok too! 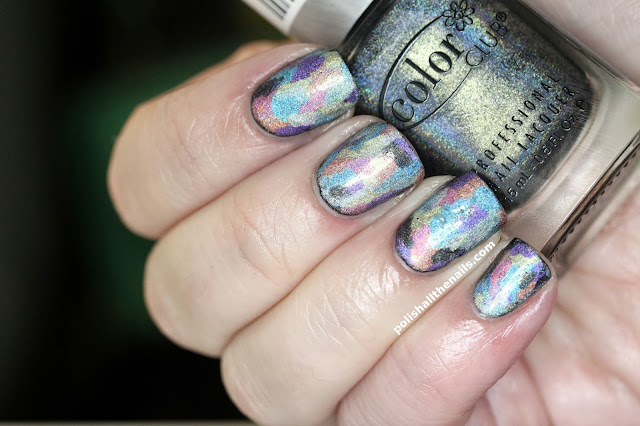 My mistake here was using a black base.  I'm not really sure why I did that because I know that the Halo Hues polishes are opaque and really don't need a base colour to be holoy.  After applying two coats of Rimmel Black Satin I blobbed a small amout of a polish on to a piece of paper and used a small brush to apply a couple splotches onto each nail.  I kept going with each of the 2013 collection colours until the black was covered.  I added a little of the silver from last year for good measure.  This would have been ok had I not been over zealous in my cleaning and let so much black show around the  cuticle.  It was late so I just topped it with a top coat and called it a day. 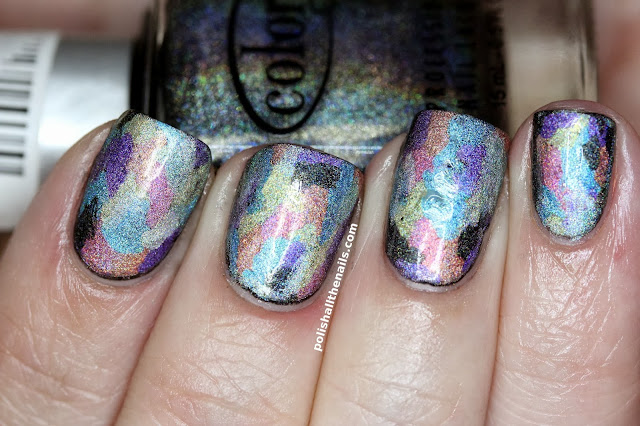 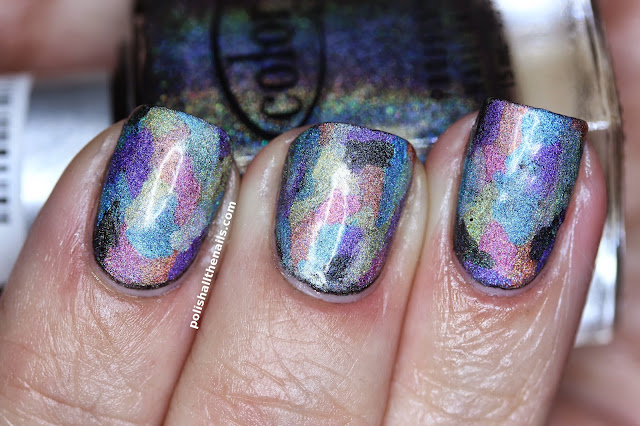 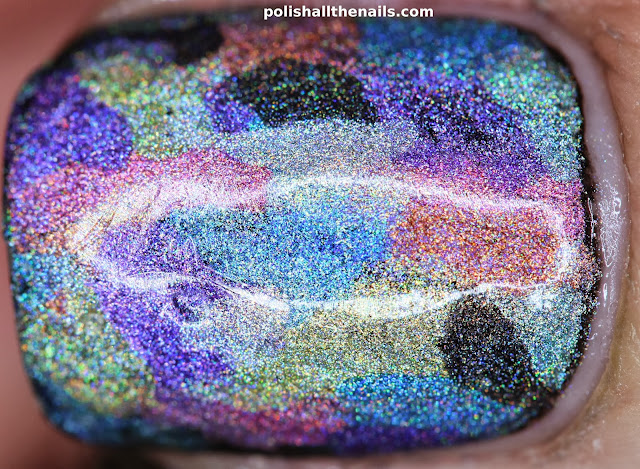 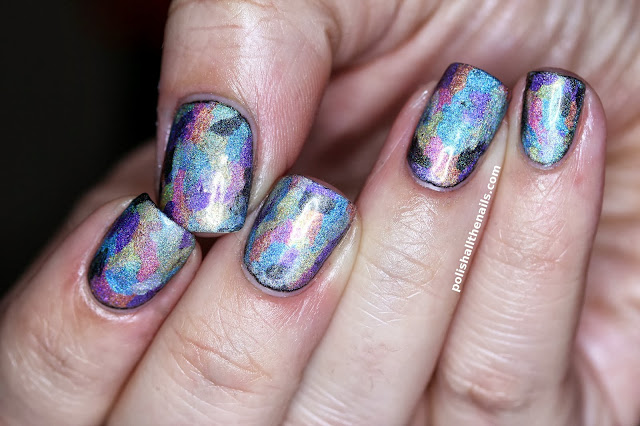 The Verdict: This wasn't what I was aiming for but it looks kinda cool and is still super holoy so I'm cool with it.  And I found a way of making some of the holo show in my pictures which I'm also digging.  Turns out if I turn my lightbox off and just use my ring flash, I get this grungy style picture and holo.  So win!