January 31, 2012
As I talked about yesterday, I got a lovely couple of packages in the mail from the Etsy store Lacquistry.  I was drawn to these polishes as they all seemed to feature enormous pieces of glitter that I just had to see for myself.  Last night I tried out the first one, Winter No. 1.

Winter No. 1 is a beautiful blue, wintery glitter bomb.  If it exists as a glitter in blue or silver, odds are it's in here.  Take a look at some of these pictures, it's just ridiculous! 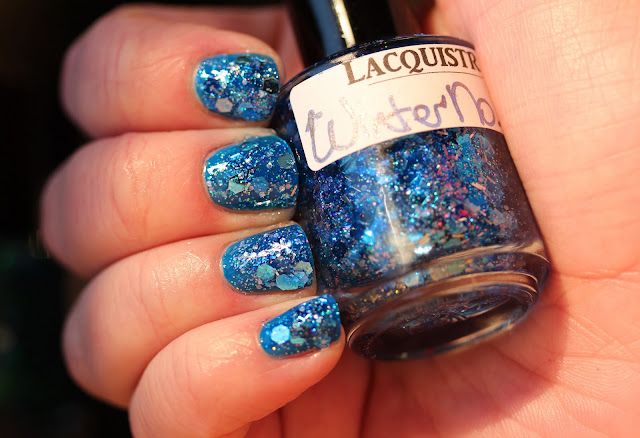 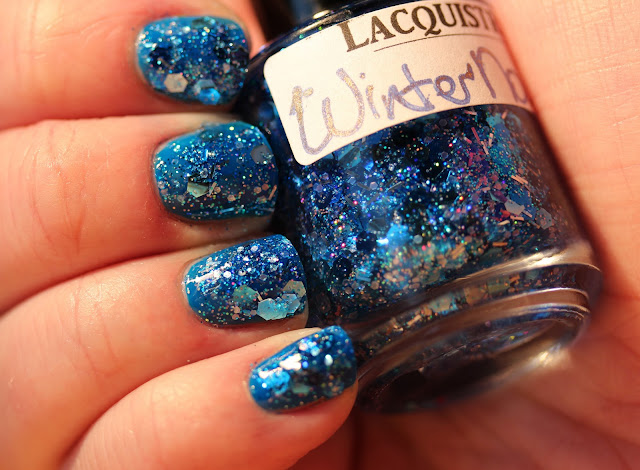 As with all large sized glitters, application was a little tricky.  I started out with a blue base from Nina Ultra Pro in Blu Blaze.  This was the first time I've used this brand and I was really unhappy with it.  Streaky, cuticle-dragging, randomly matte-drying, just not nice.  It was late though so I left it on.  I'm not even going to show the bottle, urgh.  Moving on to the glitter itself, it wasn't too bad to apply.  You have to position the pieces of glitter quite carefully but there was enough going on that you didn't have to be too careful.  What you see here is two coats, with a coat of Seche Vite. 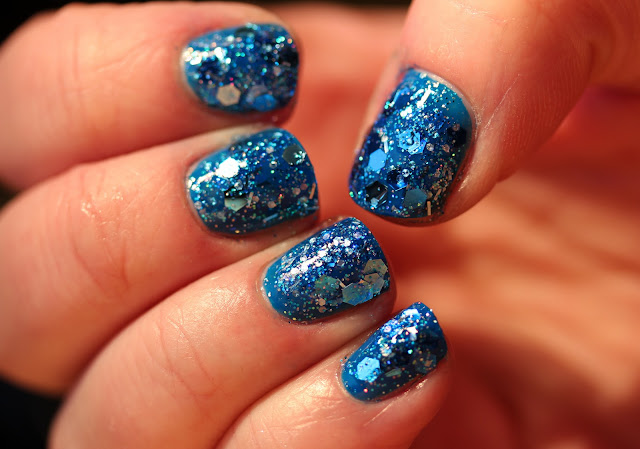 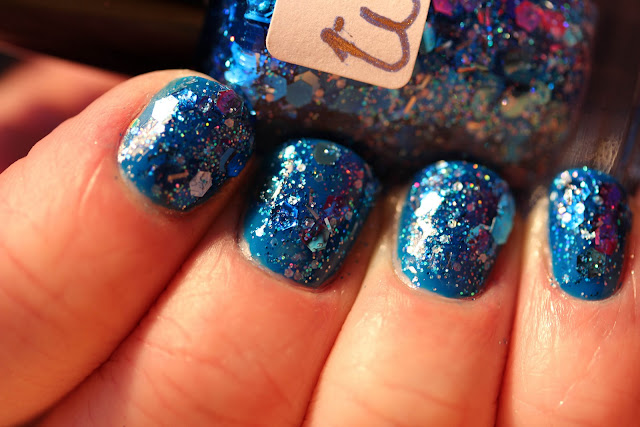 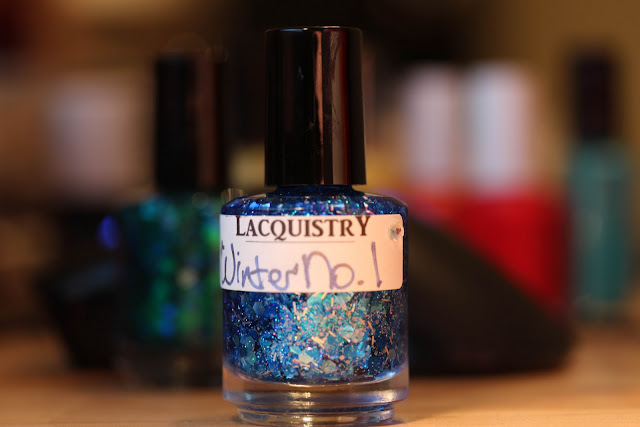 The Verdict:  I like this polish as it's something different.  I don't know if it was the way I applied it but I found it chipped reaaaaally fast.  It ended up being really thick which was probably the reason way but still a shame.  It's also rough to the touch but again, what are you going to do with such big glitter.  I absolutely loved the gigantic glitter though.  I'd definitely wear it again, super sparkly!