January 28, 2012
Wandering through Trade Secrets the other day, a particular Zoya leapt out and screamed "BUY ME! I'm light grey with so much glitter!" Ok so maybe polishes don't talk but if this one did, that's what it would say.

Anyway, let's talk about Zoya Luna, a light grey polish with probably more glitter than polish.  Super sparkly, I just had to have it.  Trying it out the other night though, I was kiiiiiinda disappointed.  The application was ok and what you see here is two coats.  Can you see what the texture looks like though? 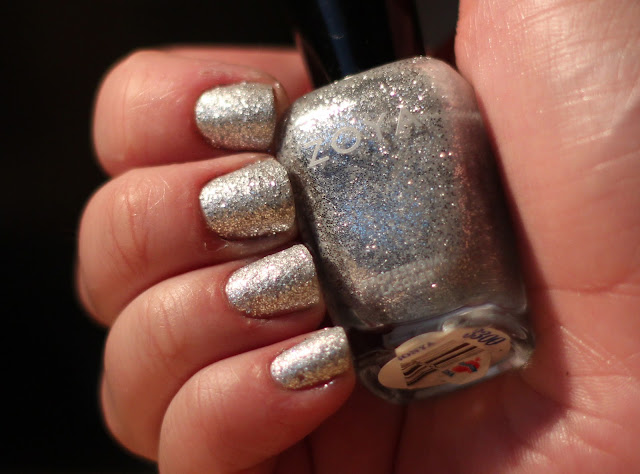 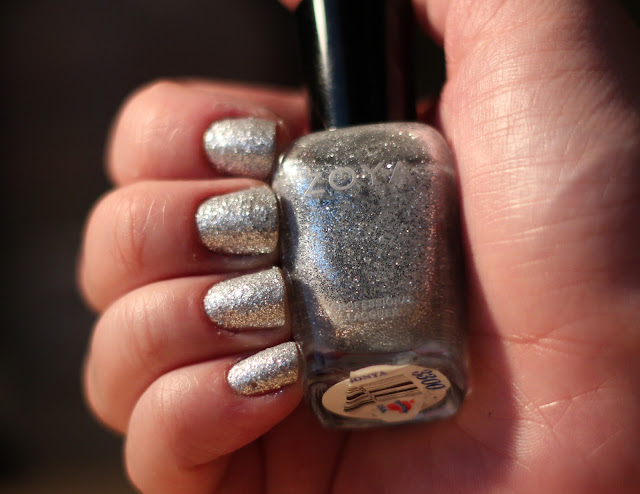 These two pictures above are what it looks like with TWO coats of Seche Vite over the top.  It just sucks up two coats and just looks rough.  Adding more probably would have helped but I'm not sure it's worth the time.

What else is there to do then?  Add stripes! 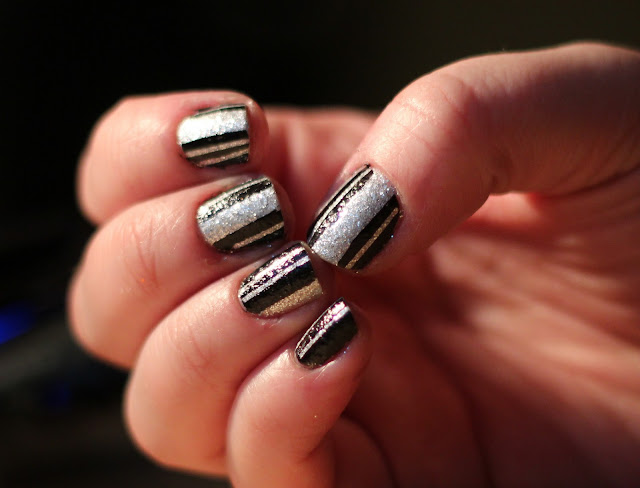 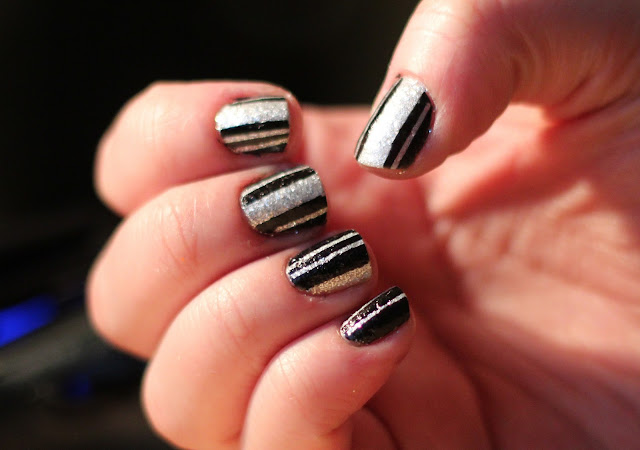 I'm really happy with how the stripes came out.  This was done using thin strips of Scotch tape and striping tape.  Alternating the two of them randomly creates - I think - a really interesting effect. 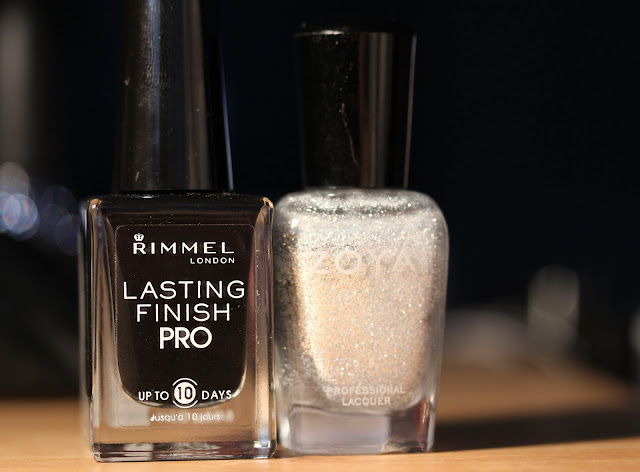 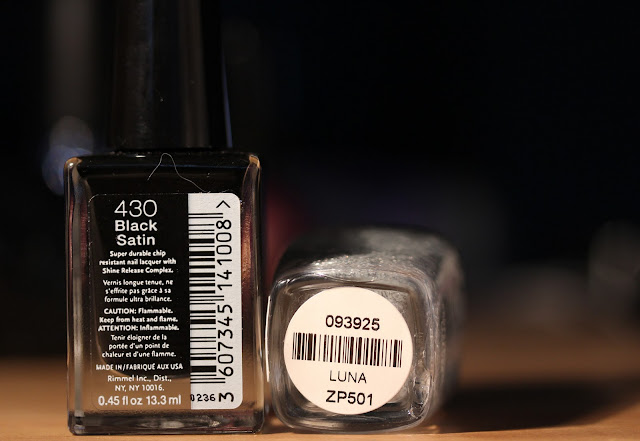 The verdict: Zoya Luna is ok.  The rough texture when you're done and how it sucks up all moisture is not something I'm fond of.  I don't have anything else like it though, which is why it makes me sad.  Rimmel Black Satin, on the other hand, is my favourite black polish to work with.  It's really shiny and really opaque, really handy for nail art.

Bonus Tip:  If you want to do stripes with tape, don't do the usual trick of sticking the tape to your hand first.  It won't adhere to the nail well enough and the polish will seep through.  If you add a top coat first like Seche Vite then you won't have to worry about it wrecking the bottom colour.