January 22, 2012
As part of my mega haul yesterday, I finally bit the bullet and picked up two high-end polishes: Illamasqua Phallic (tee-hee) and Dior Perfecto.  I've now tried out both and I'm kinda on the fence about both of them. Given that they were $16 and $24 respectively (and I do have a hard time believing I paid that much for one bottle of nail polish) you'd hope they'd have some magical qualities.  They're both nice, both somewhat unique but I'm not sure I'll get many more from this line.

Moving on, let's talk about Phallic.  If I can stop giggling at the name.  Phallic is a very dark blue, almost black, shot through with royal blue and purple shimmer.  Application was easy, as you'd hope, with two coats getting to opacity.  What you see in these picture is two coats, a coat of Seche Vite, then another coat of Phallic and one more of Seche Vite.  I added the extra layer after a few hours as I wanted to bring it to a really glossy finish.  One thing I did note was that the smell was almost non-existent, a real surprise.  I'm used to the fumes by now but I hardly noticed anything with this one.  Once applied, the shimmer is harder to see than in the bottle which was a real disappointment.  Don't get me wrong, it's still there and gives the blue a real depth, I was just expecting something stronger.  What you do see is different to a lot of the other dark blue shimmer polishes; it's more of a micro-micro glitter than a shimmer.

The verdict?  Yeah, I'd buy this one again as it appeared to wear well and the odour was low.  I am partial to blues too. Check out the pictures for yourself. 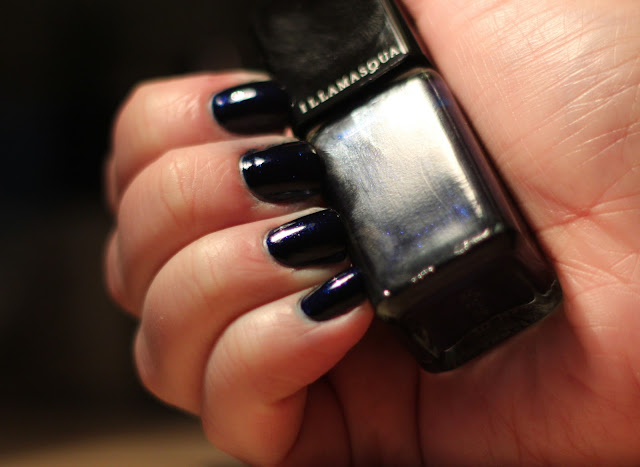 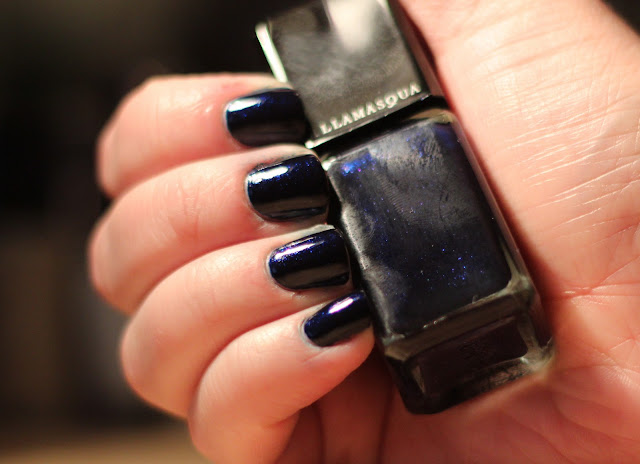 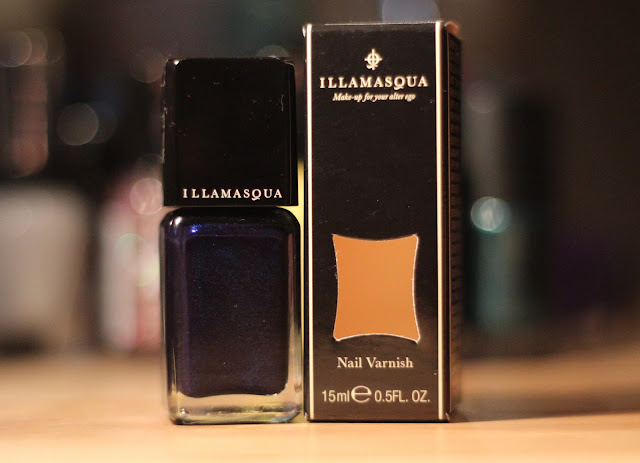