January 27, 2013
Urgh, today is just not a good day for nails.  Not only did I cut myself twice on the cheese shaver (in addition to the two other times I've done it) but both cuts were on my photo hand.  Acetone + fresh cuts = owies.  To top it off, the design I had in my head for Australia day didn't work out that well and I feel like I've cheated if my glitter doesn't line up properly.  I can't even re-do it cos I can't face the acetone again!  So we're all just going to have to deal with less-than-amazing Australia day nails.

I thought about doing Australian flags but it felt too hard so instead, the call of the wild Australian: Aussie, aussie, aussie! Oy, oy, oy!  Believe it or not I've heard it in bars all over the world.  To start, I applied two coats of the greenest green I have, Revlon Posh.  Then, using my usual technique, I slapped the glitter on.  I couldn't work out which way round the pieces were supposed to go to sit together properly so I cheated and spaced them out a bit.  I used a gold Sharpie on my thumb but it smeared under the top coat, so I left out the super close up today. 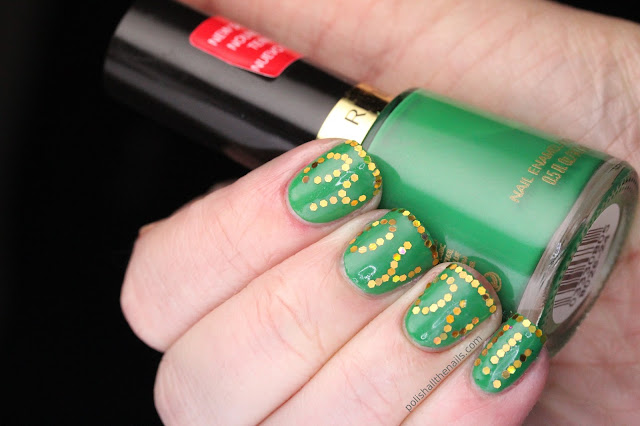 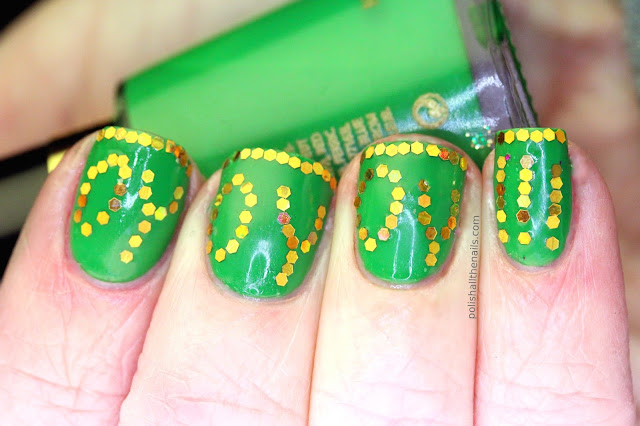 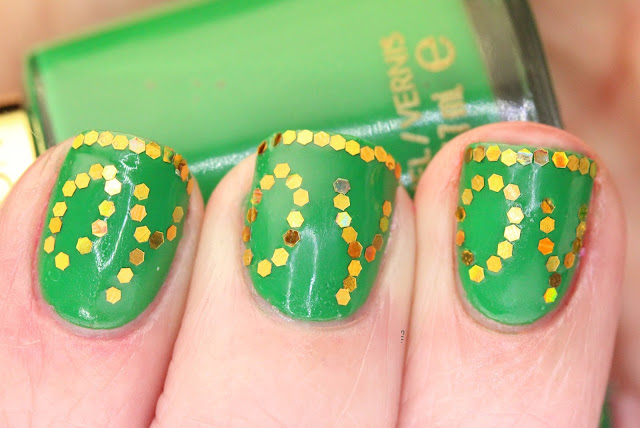 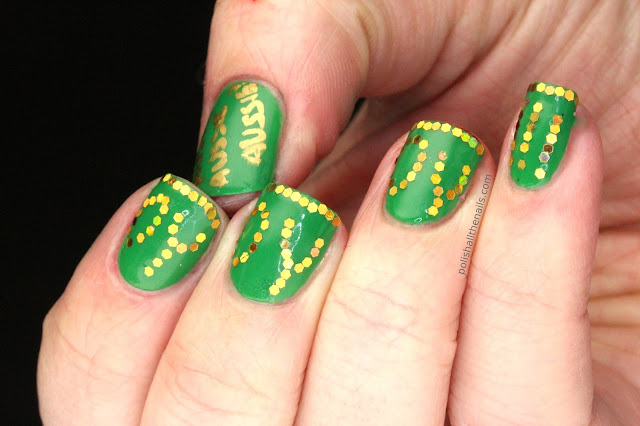 The Verdict:  Urgh, I hate everything about this, including the white balance and exposure on the photos.  And my hand hurts.  Blerg.  Happy Australia Day everyone.  I'll be less complainy tomorrow.