January 18, 2013
One of my more popular posts were the rainbow glitter zig-zag nails I did a few months ago.  It's good, but every time I look at it, all I can see is how uneven some of the glitter is.  It was annoying me so I decided to recreate it, BUT THIS TIME BETTER.

Although it doesn't make much of a different, I started this manicure with two coats of Sally Hansen Navy Baby instead of my usual black.  Gotta mix it up sometimes, you know? Then, starting with my thumb, I added the glitter using my usual process.  Unlike my original version, I did four pieces of glitter before changing directions, made it a lot neater.  After my thumb and ring finger I was starting to go a little cross-eyed so I spaced the glitter out a bit for my remaining fingers.  I like it though, makes the two accent nails stand out more.  It's fun to see the different patterns contrast against each other.  Anyway, if you're wanting to do this, make sure you have the glitter rotated so there's a pointy bit at the top, not a flat bit.  Makes for good zig-zags.  Man, so sleepy today, forgive me if this isn't a 100% sense-making. 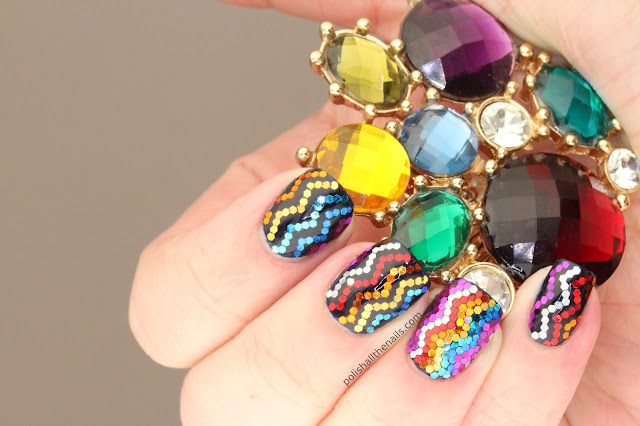 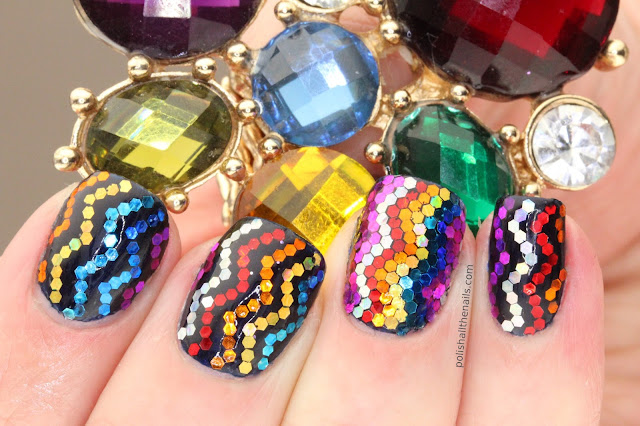 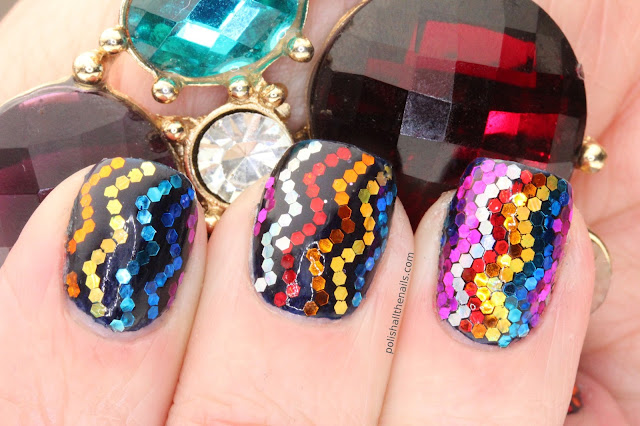 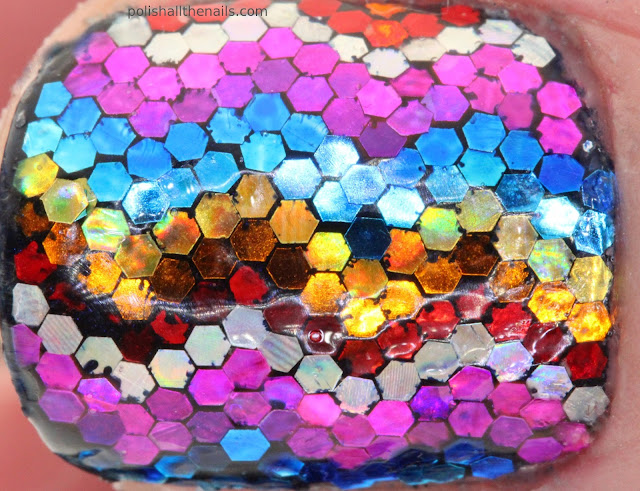 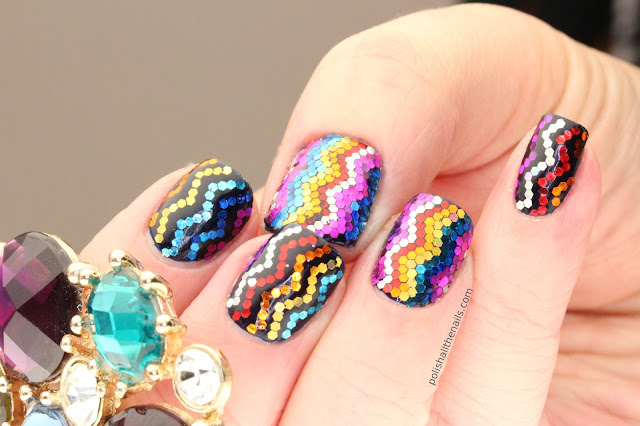 The Verdict:  Ahh, nice, even rainbow zig-zags at last.  I also got to feature one of my many giant rings.  I had a thing a while back for giant rings - I even created the subreddit /r/largerings - and it's good to hold something other than a polish bottle from time to time.  Yay sparklies!