January 25, 2013
Comparing photos from earlier this week to now, it's pretty obvious that I got acrylic nails.  I'm ok with it, it means my nails are all nice and even and I don't have to deal with having two broken nails on my photo hand.  The universe's reward for said fake nails?  Finding a polish I've longed for for ages in the salon, OPI Absolutely Alice!

Absolutely Alice is a super awesome blue and gold micro-glitter from all the way back in 2010.  I've longed for it for so long and there it was, just sitting on the rack of polishes to choose from.  Turns out it's super easy to just ask if you can buy one of said polishes and to bargain them down cos it's been used.  I know it's a little gross but I wanted it, dammit!  It was really full and hardly used so mine.  Anyway, I didn't want to waste three coats of it so I started with two coats of Orly Sweet Peacock, the sparkly blue foil.  Absolutely Alice has a really great consistency, it's nearly opaque in one coat on it's own. 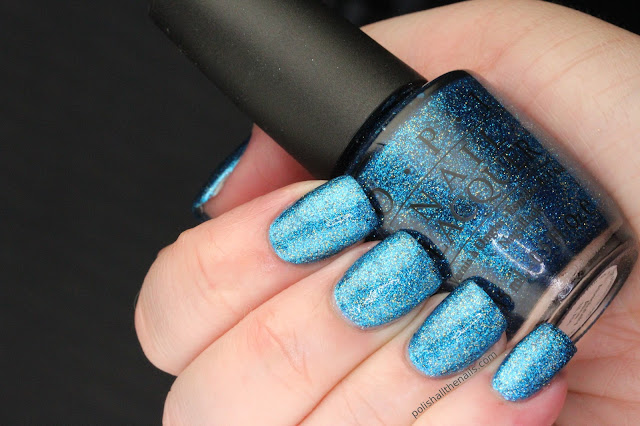 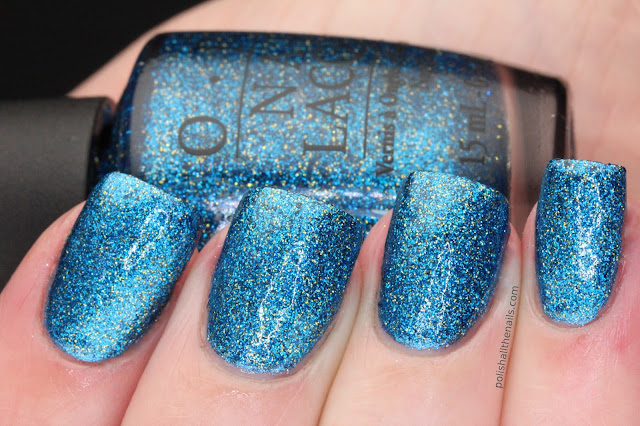 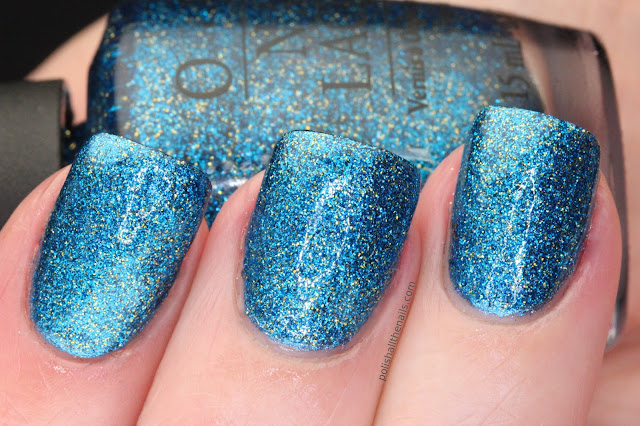 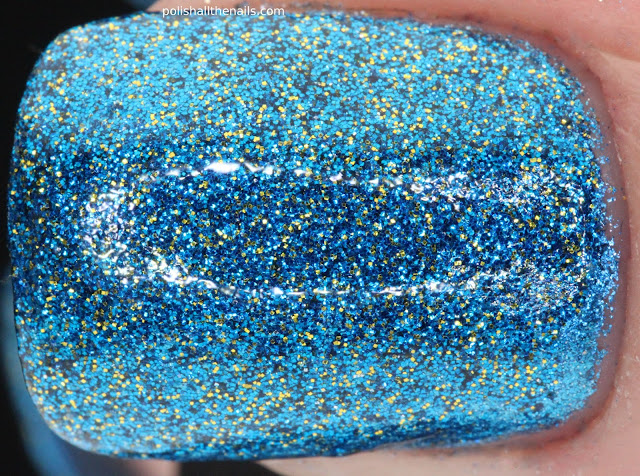 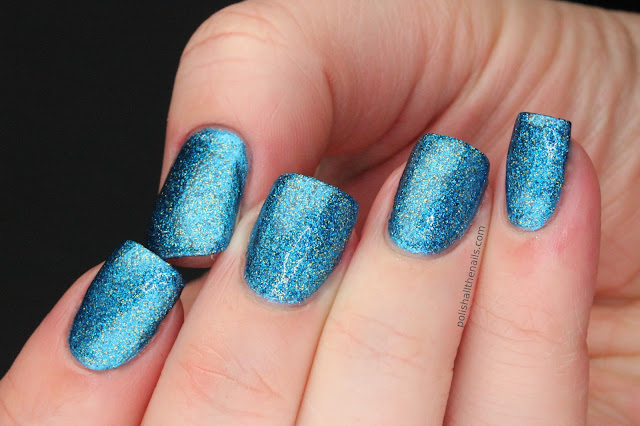 The Verdict:  I love this polish, I'm so happy to have rescued it from the salon round the corner.  So what are you going to do next time you get a manicure?  Look at the shelves - look for China Glazes with silver lids, polishes you don't immediately recognise, anything that stands out from the rest.  Don't let them hurry you and don't be afraid to haggle.  Or check your photo for the price on ebay.  If it's over $30 then buy, but keep that poker face!