January 09, 2013
I finally decided to jump aboard the glow-in-the-dark train that's been tootling around lately.  Sure, it's a gimmick but who doesn't like glow-in-the-dark stuff?  I recently came across two new American Apparel polishes - Moon and Neptune - and just had to find the right way to use them.

To start, I applied three coats of Orly Dayglow, my go-to white polish.  These two polishes are quite sheer so I wanted to give them the best shot possible with a white base.  Next, I applied two coats of the white glower, Moon and the blue, Neptune, to alternating fingers.  Application was fine with both these polishes, not to mention interesting to look at the polish itself on the brush.  The glowing particles almost look velvety, never seen that before.  Once done with the two coats, I added the black glitter.  I wanted some kind of pattern for the glow test, what better than large hex glitter.  I used my usual technique and it didn't take much time at all to get the pattern on. 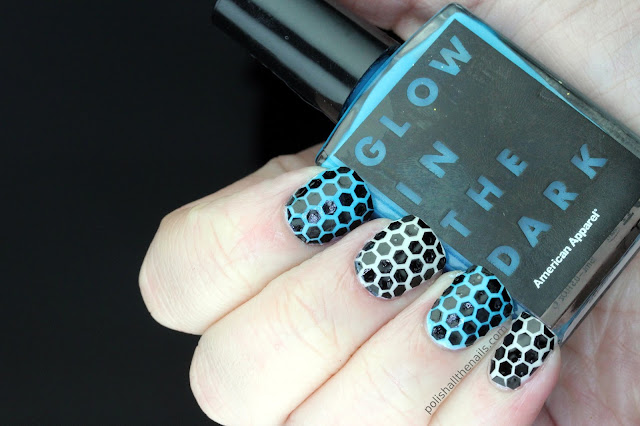 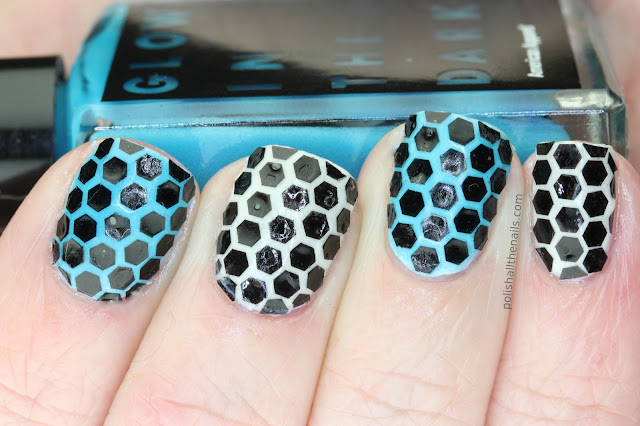 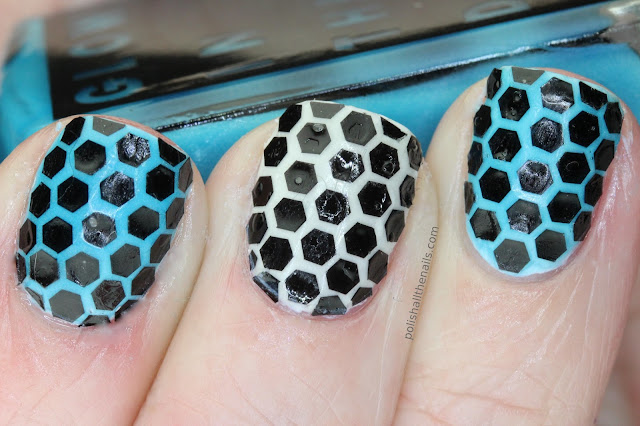 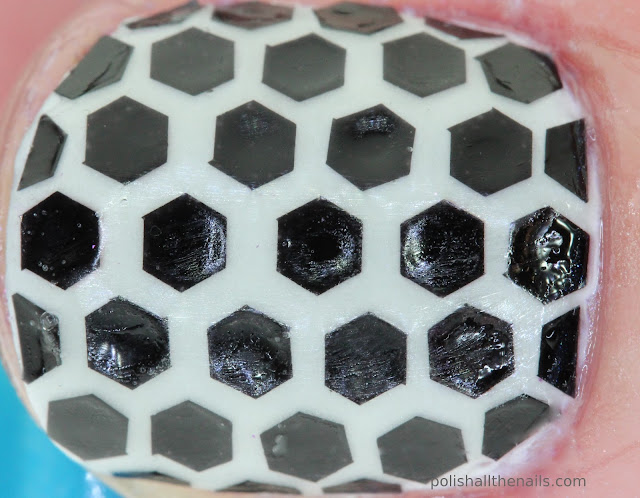 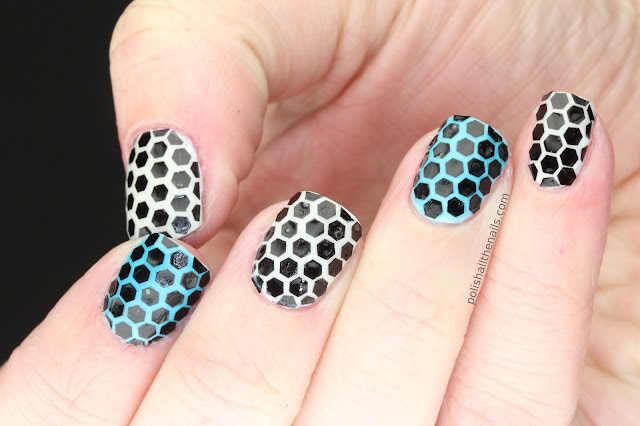 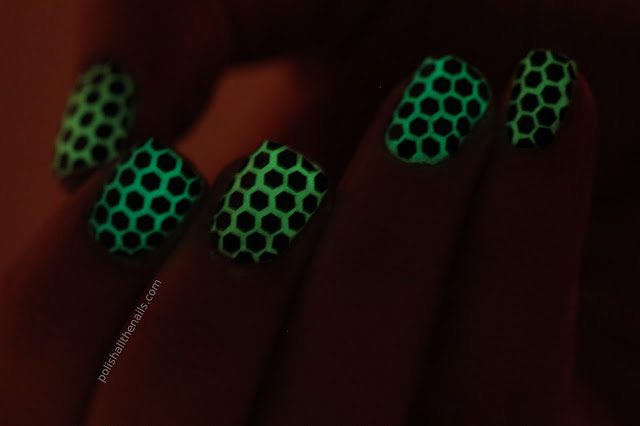 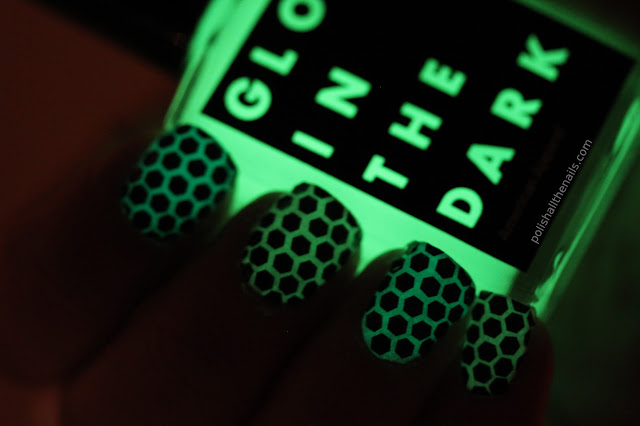 Ta-da!  Glowing!  This was after charging my fingers under a lamp for half a minute - so glowing!

The Verdict:  I like these polishes.  They'll always have to go over a base but they glow brightly enough for me and don't do something silly like take forever to dry.  Will certainly keep me entertained when I go to bed!  Yep, that's a thing.