Review: China Glaze Strawberry Fields + How to Ruin a Mani in One Easy Step

February 01, 2012
I've been waiting to try China Glaze Strawberry Fields for a while now and finally got a hold of it yesterday. Looking at the bottle I was struck by an idea: this would look fantastic with the black shredded glitter I got in the mail on Monday!  Apparently not, as you'll see a bit further on.  First up, Strawberry Fields is a nice warm pink with gold shimmer that stands out nice and strong in direct light.  Application was decent but this is a surprisingly sheer polish.  This is three coats and you can see the horrible stains on my nails through the pink.  If I were to wear it again, I'd add a layer of white first. Despite that, it's really pretty on, a nice summery colour. 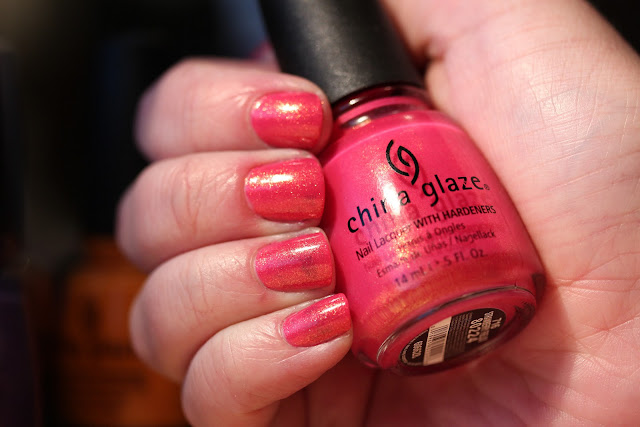 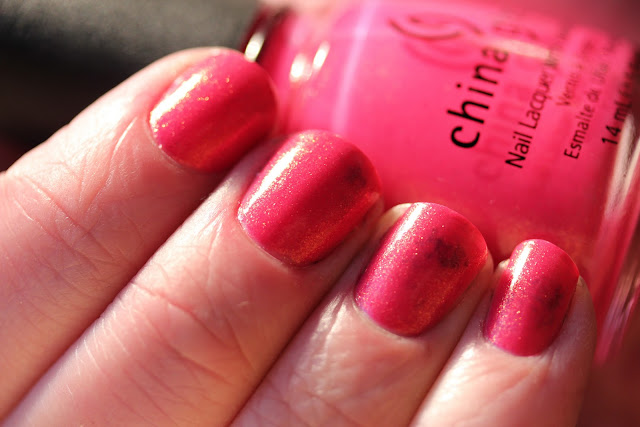 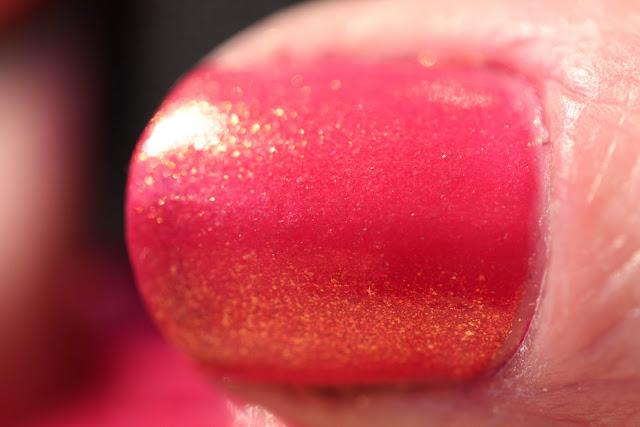 This is where I should have stopped.  This is nice, pretty, I could have added some stamps, anything but what I did next.  One quick coat of Lacquistry Shredded went over the top of that pretty pink and look: 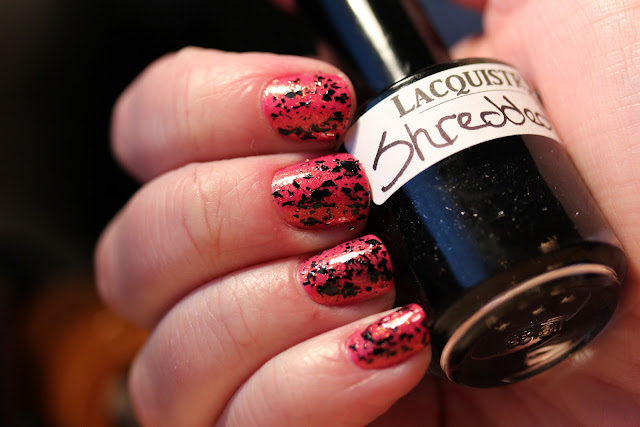 I don't know why I thought these would go together.  I have nothing against the black itself, it's a really interesting effect that would look great over white or silver, anything but a nice pink.  And so that's how you ruin an otherwise nice mani in one easy step :( 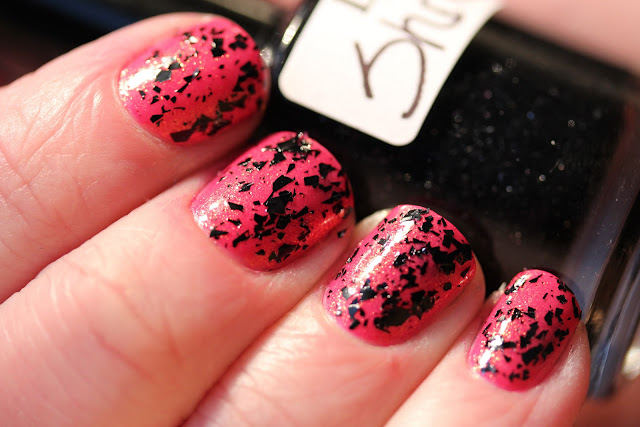 The Verdict:  Love Strawberry Fields and Lacquistry Shredded, just NOT TOGETHER.  Both dried fast and are good but even the bottles aren't allowed to be anywhere near each other!