February 02, 2012
When trying out American Apparel California Trooper earlier I had an idea that it might look good with some geometric shapes.  Turns out it does!  I was so interested by one of the polishes I used for the shapes - Revlon Royal - that I just had to try it out on its own.  Man do I love this colour.

Revlon Royal is one of the richest blues I've seen.  A true, beautiful royal blue.  It's more on the jelly side for the consistency which is interesting given how densely pigmented this polish is.  Application was nice but it did need three coats to get the opacity I'm comfortable with.  Once on though, it's so shiny, so rich, I love it. 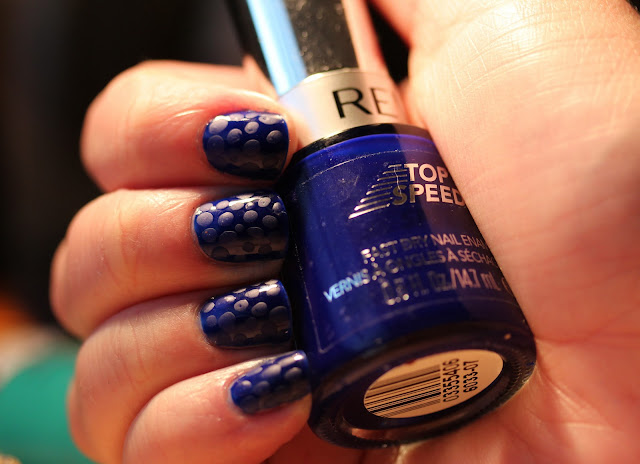 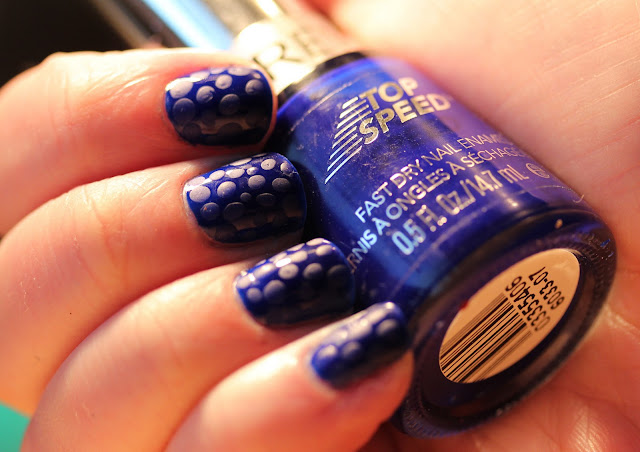 My other plan for this one was to finally swatch Deborah Lippman Across the Universe but when it came it it I couldn't bear to cover up the colour.  Instead I used a trick I've tried before - using a dotting tool and a matte top coat to create subtle polka dots!  It came out really well while still showing the rich blue. 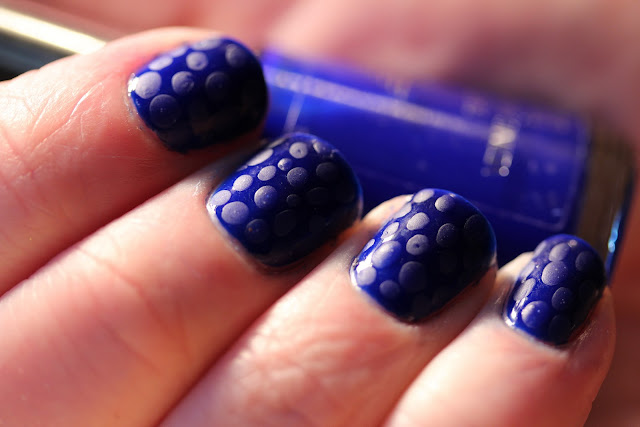 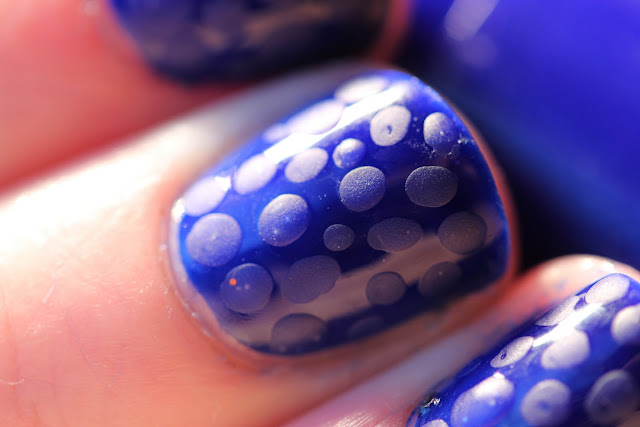 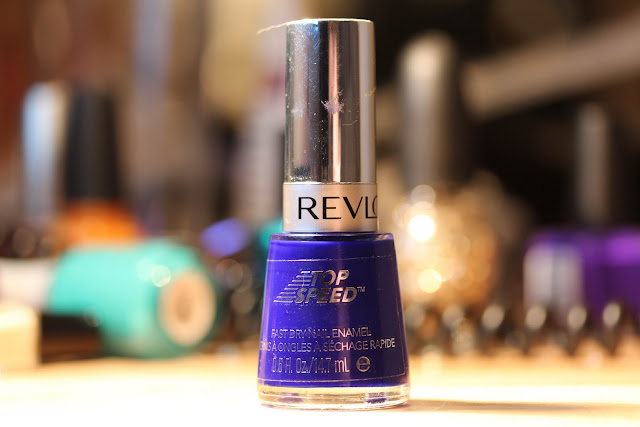 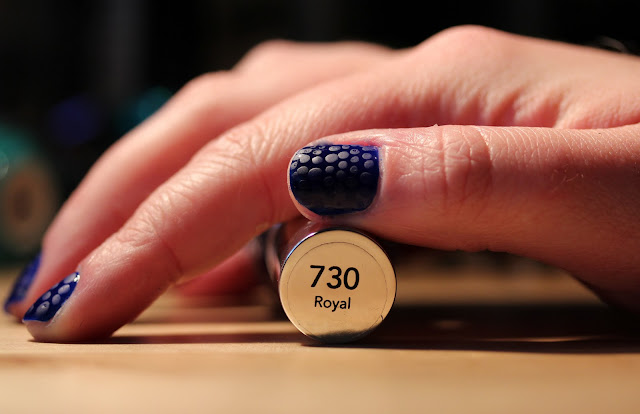 The Verdict: I'm going to have to start to be more strict on polishes as it won't mean much if I praise every polish to the sky but man, do I love this colour.  It's just really shiny, really rich, easy to apply, I can't help it! Next time I'll be harsher, promise.