Who Says You Can't Combine Magnetic Polish and Tape?

February 24, 2012
I've been blogging for almost two months now and have posted over a hundred posts, which is quite a lot of different manis.  One polish type I haven't tried in this time are magnetic polishes as I've always found them a little uninspiring.  Sure, they create interesting patterns but it's a bit gimmicky.  As a last ditch effort, I thought I'd try experimenting with taping, see if I couldn't create something a bit different.  Hot damn, does it ever create an awesome look!

First up, I wanted to find a good, bright complement to Nails Inc Trafalgar Sqaure, a charcoal grey magnetic polish.  I think one of the things making me less enthused about magnetics are that they all come in such boring, dark colours.  Hence my choice of another American Apparel polish, Neon Orange.  This polish I was surprisingly impressed with as I've had a lot of issues with neons being really sheer of late.  This one was actually opaque in two coats and is a nice, sunny yellow-orange.

Next, I cut tiny, narrow triangles of tape, making sure to first press the whole piece against my palm to lessen the stickiness.  I say this as I didn't do this one the first nail, my middle finger, and look how messed up it is.  Oh well, live and learn.  Then, I added a quick coat of Trafalgar Square on top of the tape and used the magnet.  Once done, remove the tape and voila!  I love effect, the little waves between the orange, came out so well. 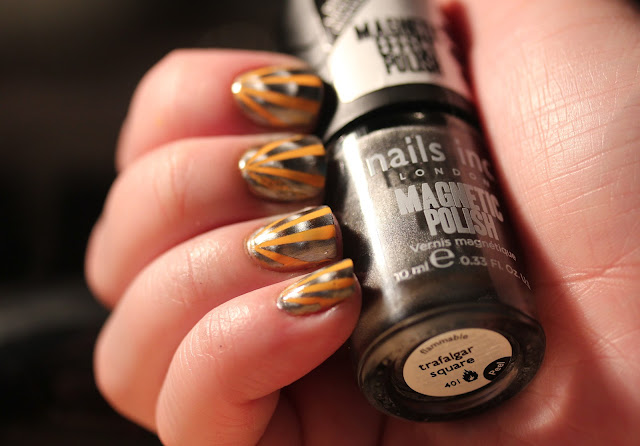 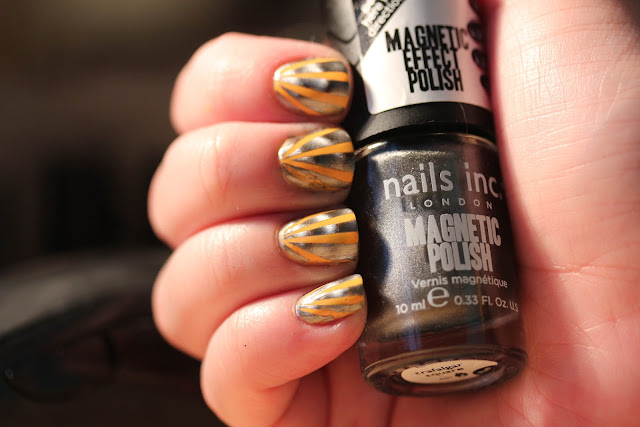 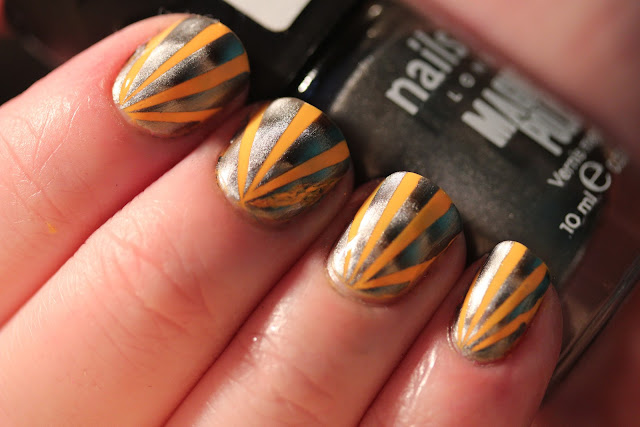 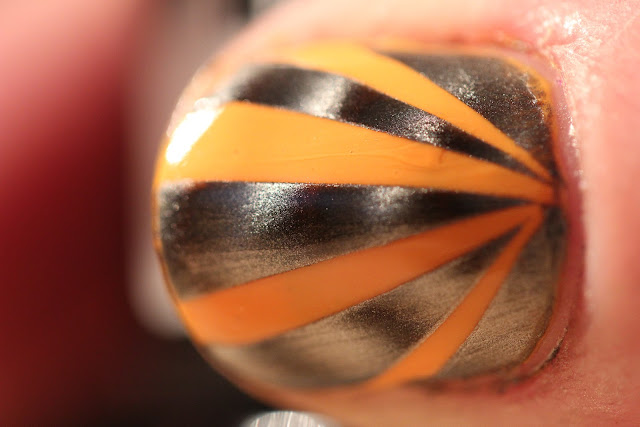 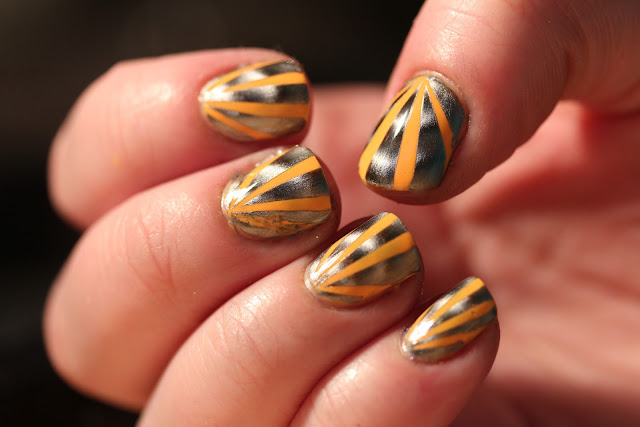 The Verdict:  I still think magnetic polishes are a gimmick and certainly not worth the ~$15 I paid for this one when they first came out.  However, when combined with different colours and textures they have merit.  Trafalgar Square applied and reacted to the magnet well but if I were to get any now it would probably be the new China Glazes.
American Apparel Neon Orange is a really nicely applying, bright polish.  More opaque than most neons, it's a pretty colour, worth having.