February 21, 2012
It's been a little while since I first got my latest shipment of Nerd Lacquer polishes in the mail and I just wouldn't be doing them justice without finishing the reviews started here.  On a side note, I managed to get a bunch more when the Nerd Lacquer Etsy store was open so super excited to try more!  I love chunky, different glitters and the two we'll be looking at today, Crunchy Frog and Outed by a Robot, are no exception.

First up, Crunchy Frog, a name I simultaneously love and hate, a brown shimmery polish packed to the gills with silver and green glitter in medium hexes, small hexes and SQUARES.  Have I mentioned how much I like square glitter?  Surely it has to be easier to make then hexagons.  You just don't see it!  Anyway, application was decent for this polish, the photos below are three coats you could probably get away with two.  I prefer not to use a base colour for polishes like this as I have problems with it showing around the cuticles.  I'd rather suck it up and just wait for a third coat to dry. 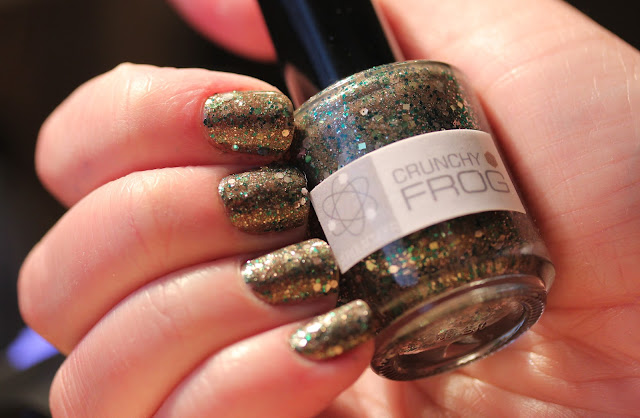 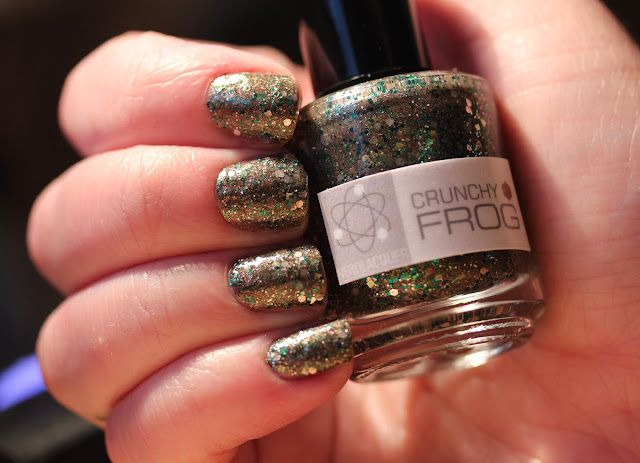 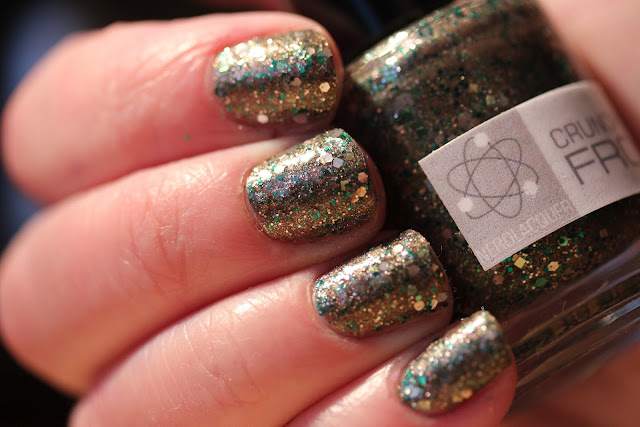 Dammit, I love this one more when I look at the close up.  Glitter mish-mashes are the best.  It just doesn't look like anything else I own and that's just about my favourite quality in a polish. 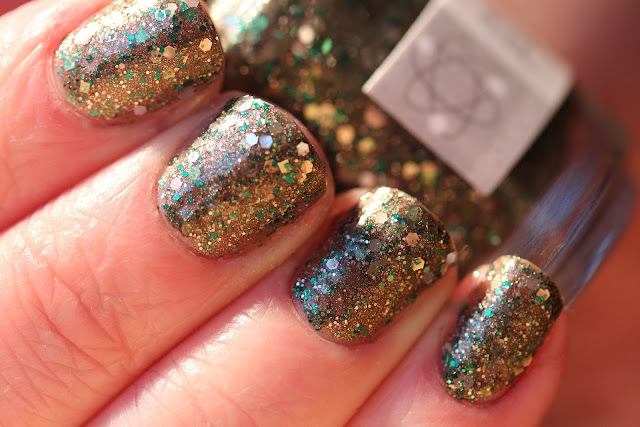 The Verdict:  There's a reason this one has made it to wider manufacturing.  The brown, green, silver combo and the dinky name make this one a winner.  It for sure won't be for everyone but I like it.

Next up, Outed by a Robot, a frostly pale blue shimmer with tiny silver and blue glitter combined with larger silver hexes.  While this is a pretty colour, it just doesn't have the pop that Hyperspace Bypass or Crunchy Frog has.  It's very sheer and I had some issues getting the silver hexes to stand out.  Looking at it, this is one I should have tried over a bright blue base or used in a glitter gradient. 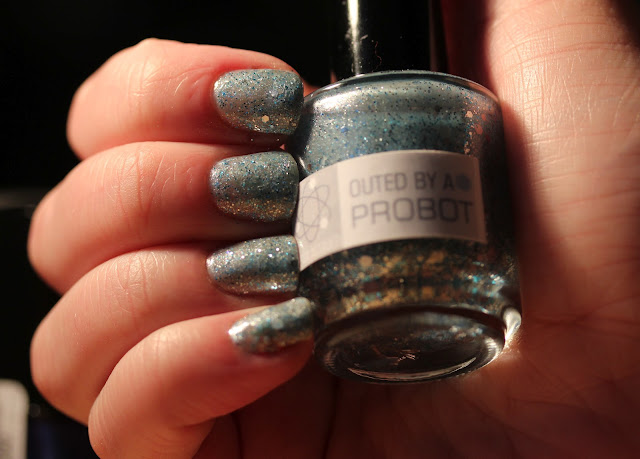 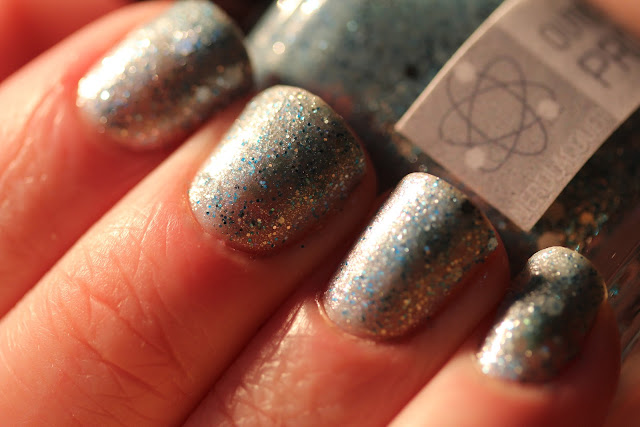 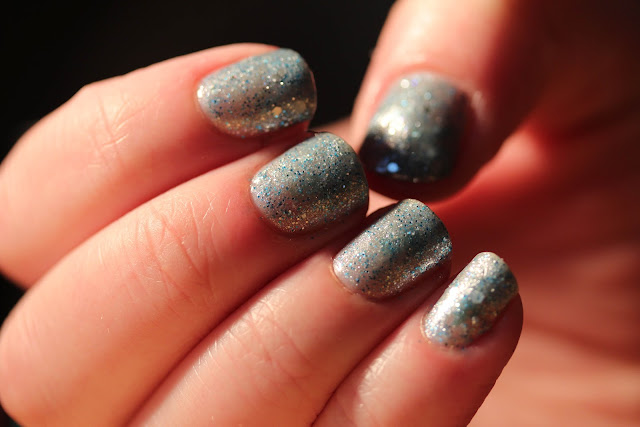 The Verdict:  You could probably have your pale blue + large glitter fix satiated with other polishes, especially given how hard these are to get a hold of at the moment.  I mean, application is fine, it's pretty but where's the eyeball punching?

If you're interested, you can find three other reviews of Nerd Lacquers from a few weeks ago here.