Review: Orly Androgynie is Such as Disappointment

February 14, 2012
I've talked a little in the past about how much I like an unusual polish - something other than just your usual colours or glitters.  When I saw Androgynie from Orly floating around the tubes, I knew I had to have it.  Colourful glitter in a black base? Sign me up!  Given it was part of the holidays collections, it wasn't easy to come by, making it all the more appealing for me - I always want more the things I can't have.  The bottle finally arrived the other day and yay, it looks awesome in the bottle!  Imagine my disappointment when it is BORING on the nails.

First up, let's look at the application.  Being a non-creme base, it took three coats to build up opacity, which is fine.  What I wasn't ready for was how the glitter a) was a pain to get out and b) just disappeared.  I really liked the black-blue-purple look you see in the bottle but it just doesn't do it on.  SO disappointed. 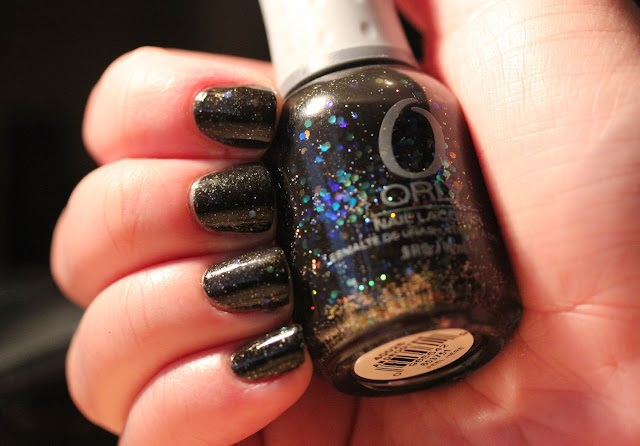 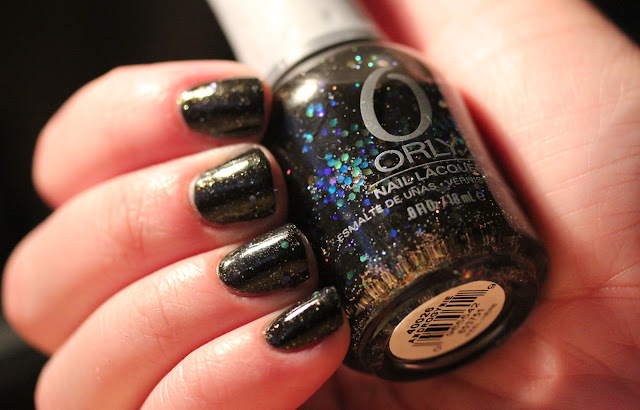 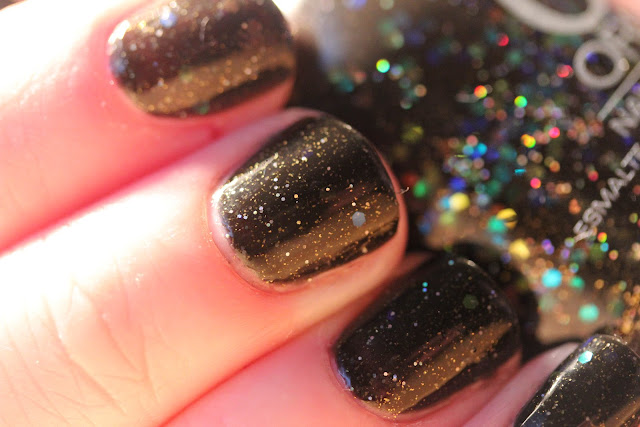 Isn't this just totally uninspiring?  This would probably be better as one coat over black but I always feel polishes should be judged on their own if possible. 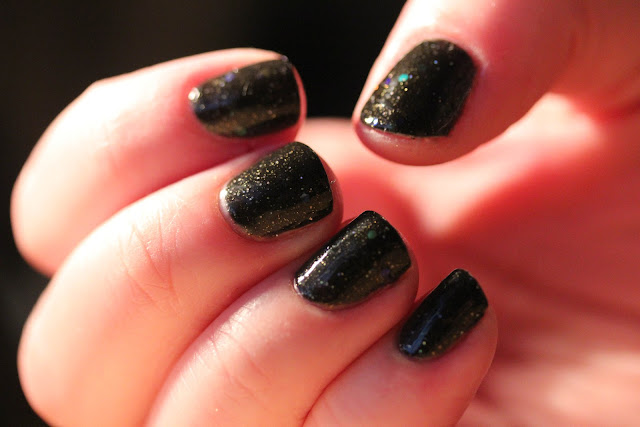 I was getting sad as I was taking these pictures as it was just so bland and boring.  You know what did improve matters?  MOAR GLITTERRR.  One coat of China Glaze Snow Globe and things are suddenly a lot more interesting! 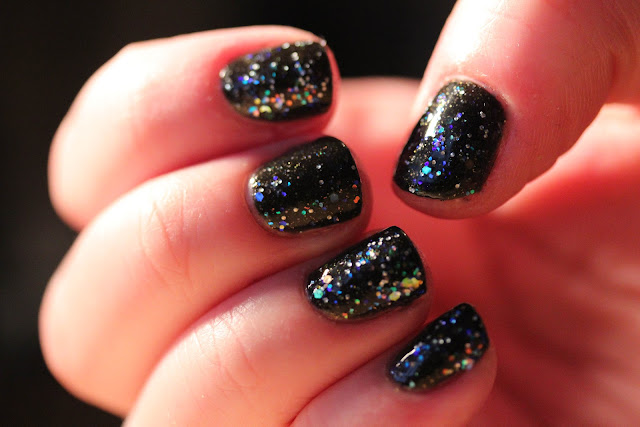 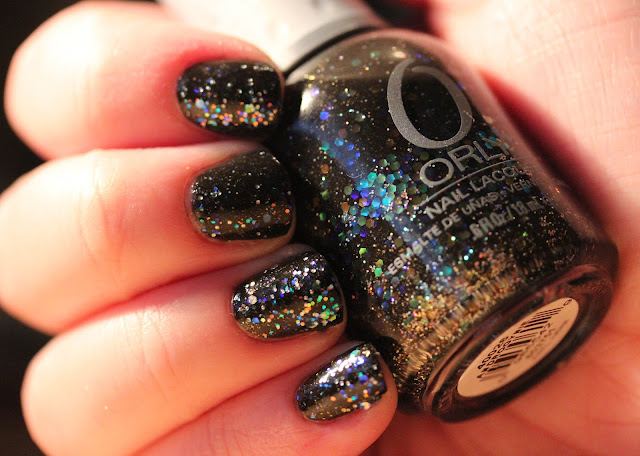 The Verdict:  Dammit, I'm so disappointed about Androgynie.  How could such an interesting polish in the bottle be so boring on?  Luckily most manicures can be saved by just adding more glitter, hooray!  As I'm typing this I added another coat for the lolz and NOW it's sparkly and I can go to bed :)