February 08, 2012
As I've mentioned before, one of the things that got me into nail art was Sally Hansen Salon Effect Nail Strips.  They came in a range of colours and patterns and I've probably tried them all since they came out.  I liked that they didn't need drying time and actually seemed to stay on my nails, once applied properly.  When I saw the Sephora version called Trend Tips a while back, I had to take the bullet for you girls and try them out!

First of all, take a look at the following pictures of SE629 Feathers, abstract renderings of coloured feathers on a silver background.   What you see here is one of the two sets of strips applied as per my tutorial, here.  Just like the Salon Effects, they come in two sets of eight strips.  My first complaint is that they both come in the one packet which means they stand a good chance of drying out.  I sealed it back up after taking one out, I'll see how it goes.
Packaging Points:  Sephora:  0 v Sally Hansen: 1 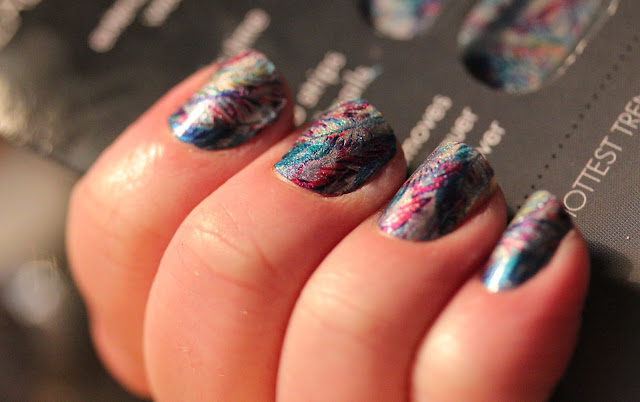 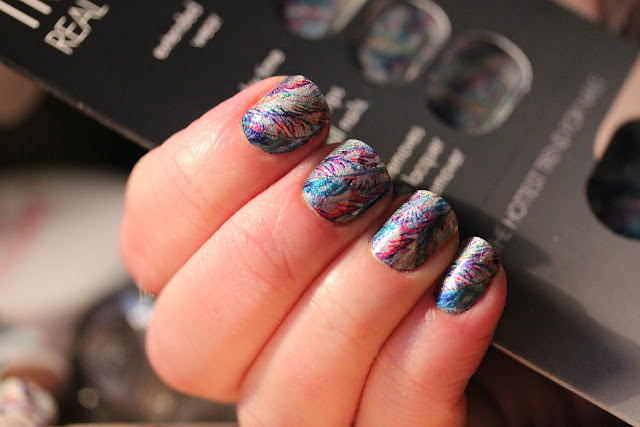 As you can see, they applied well.  I'd almost say better than the Salon Effects as it seemed as though the strips were thinner and more flexible.  I did find, however, that they weren't as good a fit for my nails as the Sally Hansen version.  You can see here on my ring finger that there's a bit of a gap on the side of my nail.  The others just seemed to be that better shaped. Another problem is that these don't come with the nail file or orange stick and I couldn't find either when applying these.  I had to trim off the edges with scissors which left some uneven. 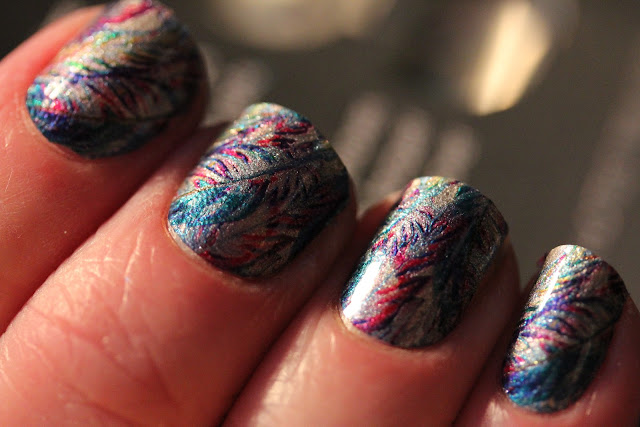 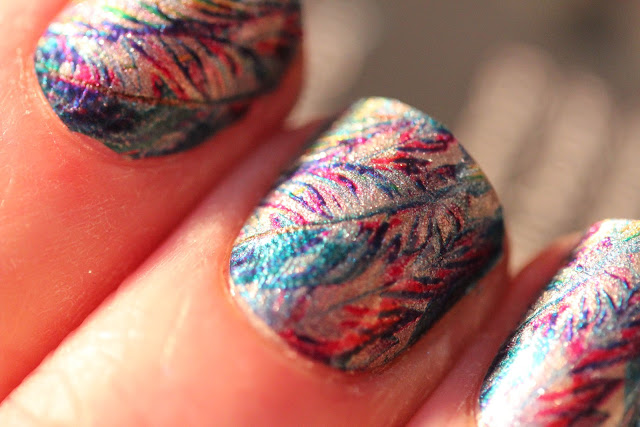 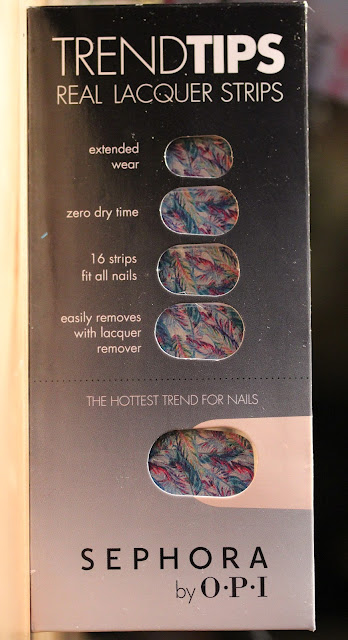 The last picture here is the next day, even after I washed my hair.  No signs of wear and they feel well and truly stuck on.  No different to Sally though.
Wear:  Sephora: 1 v. Sally: 1 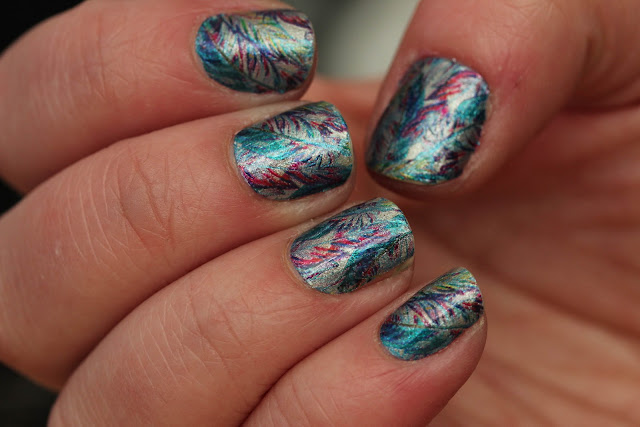 The Verdict:  These applied nicely, maybe even better than some of the Sally Hansen's (some apply better than others.  A general rule is to avoid any with a white background as they tend to wear worse).  I also really like the pattern.  However, these were $14 CAD compared to ~$8 for the Salon Effects.  They're not that much nicer and I think I'll stick to the Sallys.  If there's a pattern you're in love with from Sephora though, you won't be wasting your money.
Price Points:  Sephora: 0 v. Sally: 1