Experiments With My New Massive Glitter

March 13, 2012
It's been quite obvious lately that I've been having something of a fling with glitter.  I love it in polish but I love it more when I can take a toothpick and really put all the glitter where I like it.  I received a new set of glitter in the mail yesterday and I've been experimenting with it, as you could imagine.  There are three pots in there that are filled with MASSIVE hex pieces that are just crying out to be used.  However, being so big they're a pain in the ass to get to stick down!  No matter how wet the polish is I stick it to or how many base coats I add, I keep on getting pieces sticking up.  Which is why this mani didn't last too long.

First up, let's take a look at a third incantation of Orly I've found around lately, this time called Color Blast in a bright red jelly with sparse glass flecks in Ignite.  Application was decent for this polish but I should have used a base coat.  If you don't have bright green stains on your nails, you won't need a base colour, don't worry.  Next, I took a toothpick and added in the silver pieces.  They're so big I couldn't really settle on a proper placements which is why some are a little uneven.  In between I added the gold glitter, cos, why not. The overall effect is nice and sparkly but I think I can do better.  I had luck with using the huge pieces to cover my whole nail (see here) but didn't have time to photograph it properly. Might have to try again tomorrow. 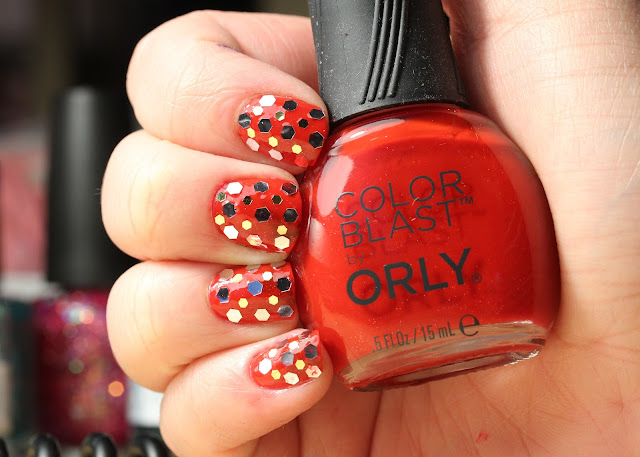 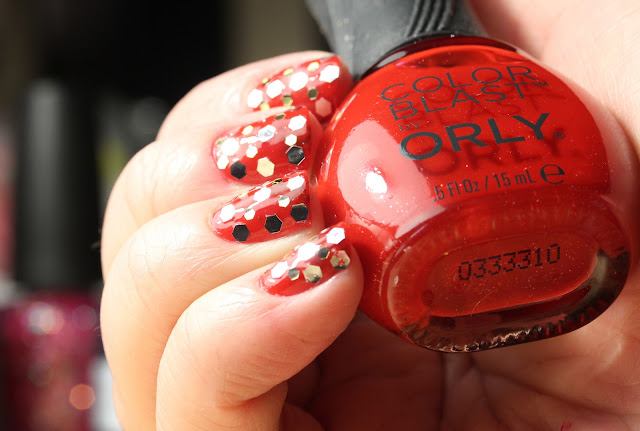 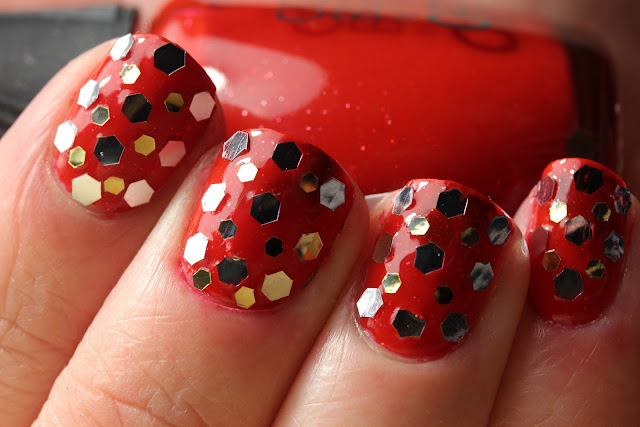 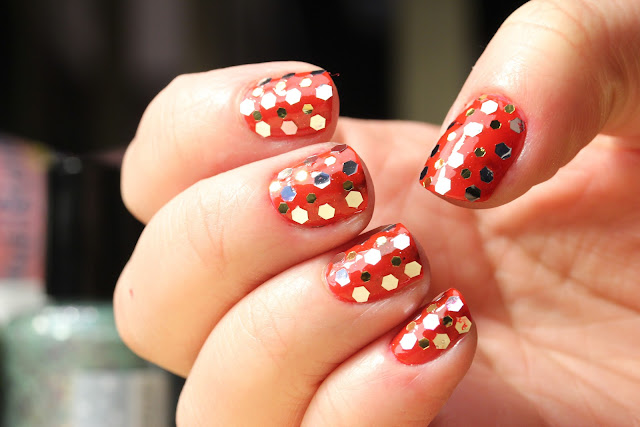 The Verdict:  I like the red but it's nothing that perhaps hasn't been done better with China Glaze Ruby Pumps or the like.  Red's are such a pain to clean up too.  I like the glitter here but it doesn't stick properly and it's bugging me.  Live and learn :)