March 14, 2012
I hope you aren't sick of my hand-placed glitter yet because I have quite the doozy to show you tonight.  I got a set of 12 glitters in the mail the other day and I've been experimenting with covering my entire nail in glitter, especially since hexes tessellate so nicely.  I tried something with the largest glitter yesterday over lunch but the pieces were too big and didn't sit flat enough for me.  Armed with slightly smaller glitter and more time, I tried for FULL COVERAGE NAIL ARMOUR.

The glitter pots I ordered came in four different sizes, which is a little annoying if you want to work with multiple colours.  The most complementary in the same size were a fuchsia and silver so starting with three coats (for maximum stickiness) of my trusty Sally Hansen Hard as Nails Celeb City, I used an orange stick to stick the glitter on.  I found that the best adhesion came when the polish was wet and the glitter was pressed flat to the nail.  I had much less glitter sticking up, which bugs me endlessly.  One day it will be perfect!  Oh and I couldn't decide on a pattern, hence the different lines. 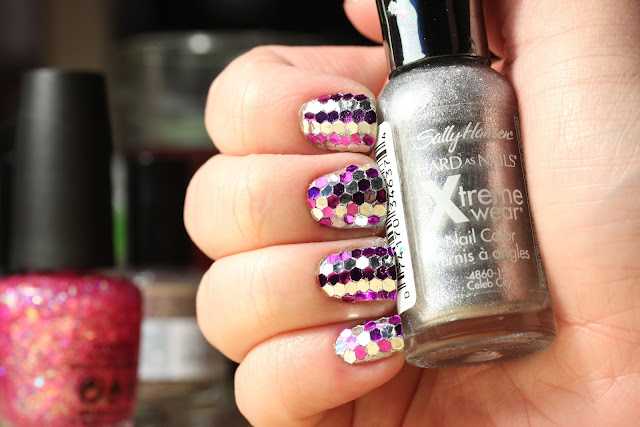 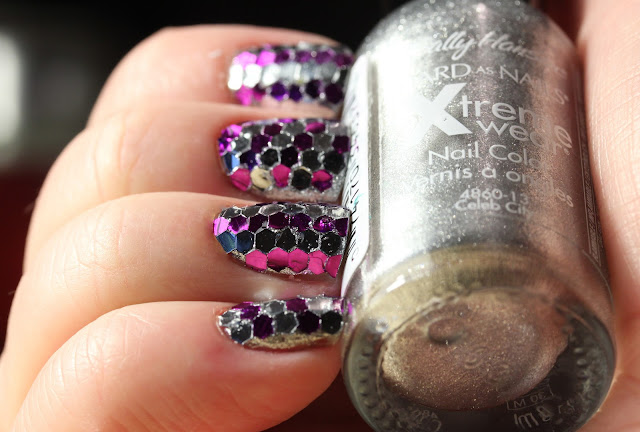 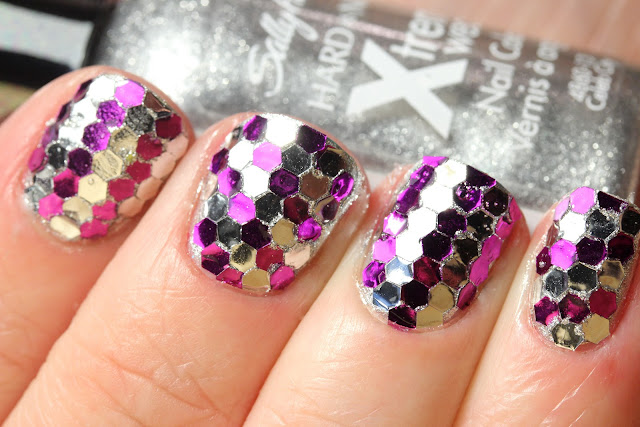 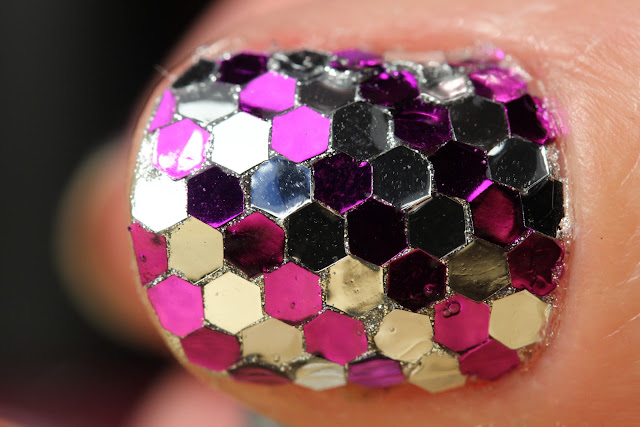 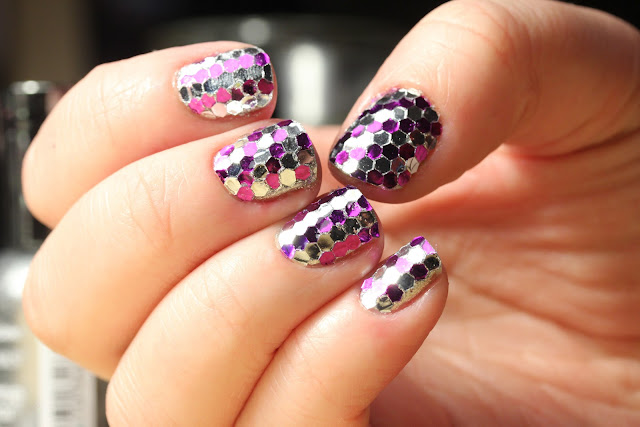 The Verdict:  This glitter size was a lot better than the giant stuff I used last time but it's still...not...perfect.  I'm going to have to try this one more time, I WILL GET ALL THE GLITTER FLAT.  That being said, as much as I hate the word, these were so incredibly "blingy" that it made me happy.  Being such a large surface the light just pings off the glitter, it's awesome.