March 29, 2012
I find that a night, when I do my nails, I'll play around with a couple of different techniques to varying levels of success.  Take last night for example.  I had my heart set on a black and holo snakeskin stamping thing but I kept not waiting long enough for everything to dry and it just wasn't right.  Of course, by the time I gave up, it was laaate so I did what I do every time I run out of time - indie swatches!  There's always so much glitter in Nerd Lacquers, Lacquistry polishes and so on that I can bang one out quickly.   Which brings me, finally, to Nerd Lacquer Cyance Friction!

Cyance Friction is just the most gorgeous shade of turquoise and packed with all types of copper and aqua glitter, topped off with a pink sheen, just like Entirely Unlike Tea.  Application was really nice, I only needed two coats to be happy with the opacity.  As an extra touch, and to keep it with the stone roots, I added a matte top coat.  Such a pretty colour and looks really interesting matte. 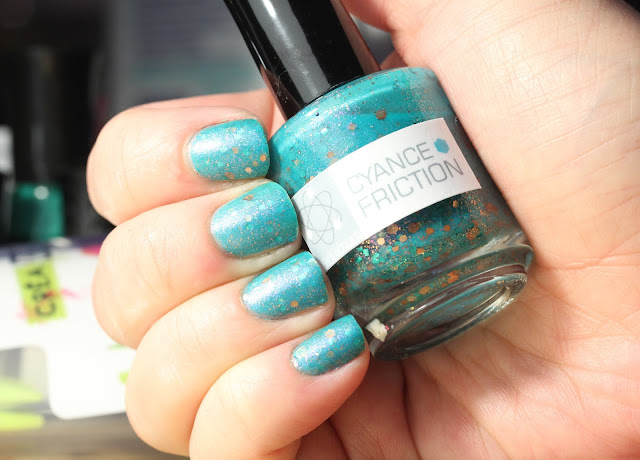 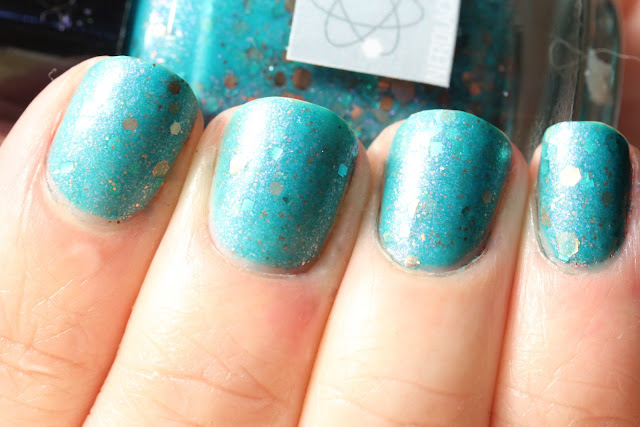 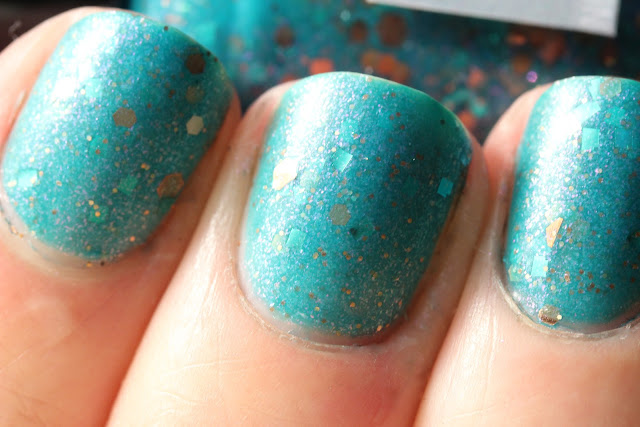 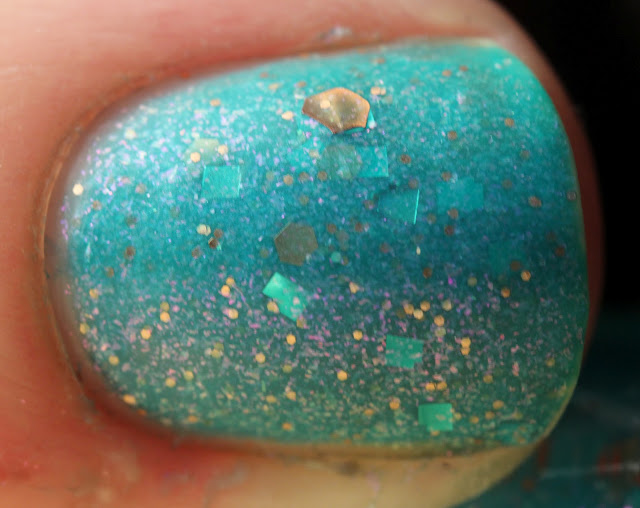 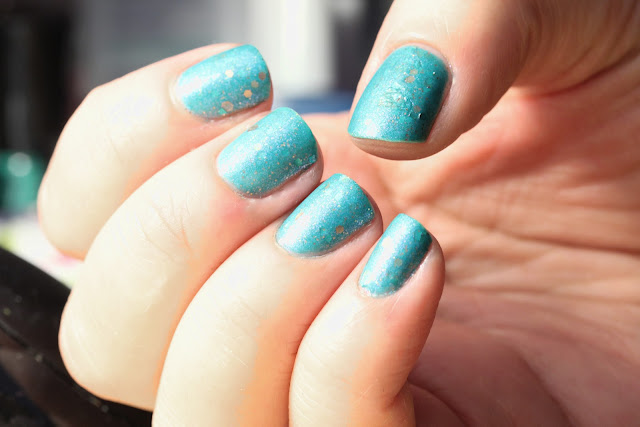 The Verdict:  Nerd Lacquers never disappoint and Cyance Friction is no exception.  I don't think I have any other turquoise polishes, so winner for me!