March 28, 2012
Ok, so as I've been often reminding you, I'm running a giveaway at the moment.  One of the ways to enter is to suggest an type of mani to do and I've been doing my best to work through them.  I'm totallllllly not bribing you guys for ideas, that's tooooooootally not something I'd do :D.  Anyway, a technique that's been suggested a couple of times that I haven't tried yet is dry marbling, or pin marbling.  As I'm not one to put a lot of thought into things, I grabbed four neon colours and went to town!

First up, I retrieved four of my favourite neons, American Apparel Neon Yellow, Neon Orange, Neon Red and Neon Purple.  Then, after adding a base coat, I slapped on a thick stripe of each colour and used a pin to drag patterns through all the stripes.  Be warned, this goes EVERYWHERE, hence the less-than-stellar cleanup.  However, the effect is actually pretty cool!  Neons work well as if all else fails, at least it's colourful! 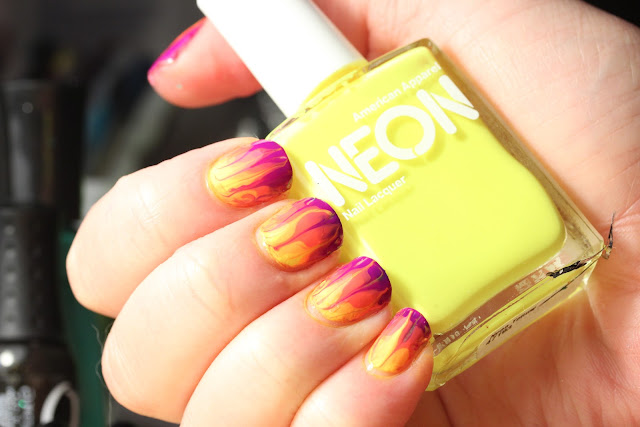 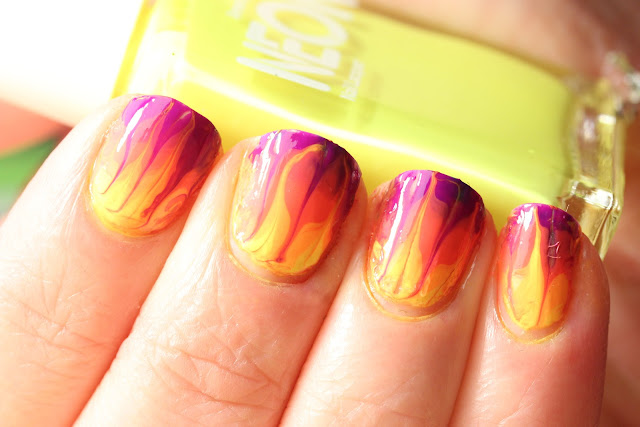 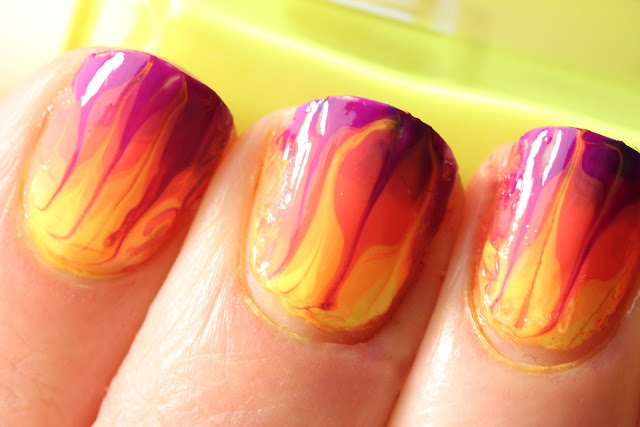 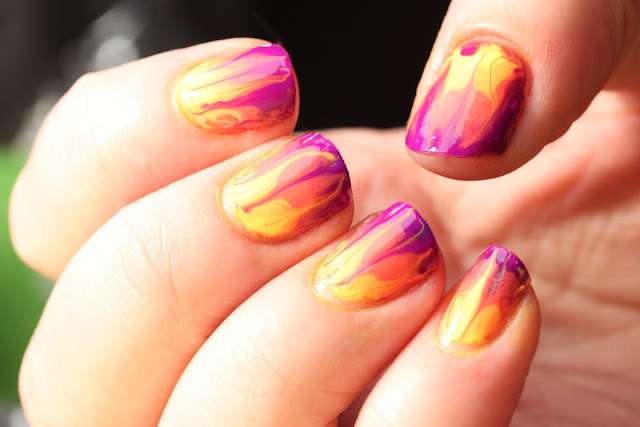 The Verdict:  I think I'll have to do this one again.  I might try either taping off my nails or adding Vaseline around my cuticles, try and stop the flooding for a neater result.  Shame neons are such a pain in the ass to photograph but yay colours!