March 10, 2012
I'm afraid I've been at the glitter again people!  I really do have a thing for placing glitter by hand at the moment, mostly because I find the repetition relaxing.  Probably shouldn't have started this one as late as I did last night but whatcha gunna do.  As for the design, I wanted to try doing stripes with glitter, especially since my rainbow glitter stripes were good but let down by the curved glitter.  So last night I decided to try a different style using Milani Silver from the Jewel FX collection.

First up, I just want to say how awesome Rimmel Black Satin is for a black.  It's so super easy to apply, opaque in two coats and for some reason I can always paint really neatly with the brush.  It's my far my favourite black.  Using the same technique I've been using recently, once the black was tacky I tipped a little puddle of the silver glitter and picked out each piece.  Go with little blobs as you don't want to waste any by it drying out.  I kinda wish I left it at that but then, using my loose small hex glitter, I added another stripe of glitter next to each silver, using alternating red and blue.  It's pretty but it came out looking so Amerciany and I really didn't mean to.  One day I'll learn. 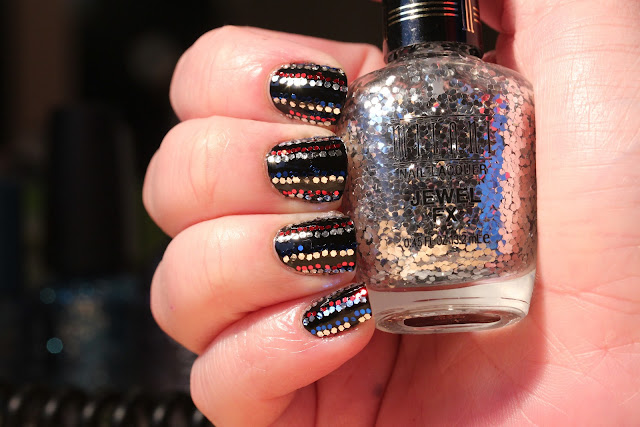 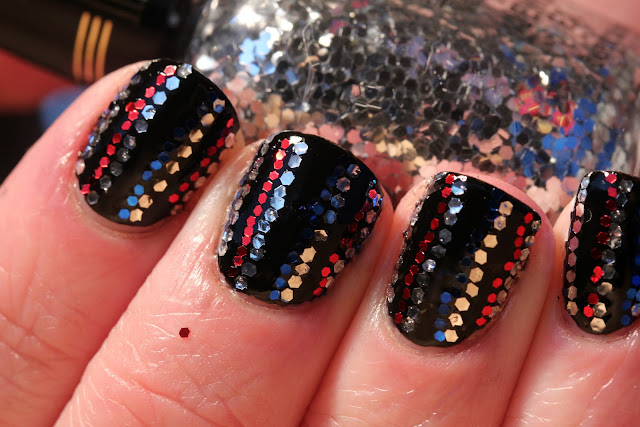 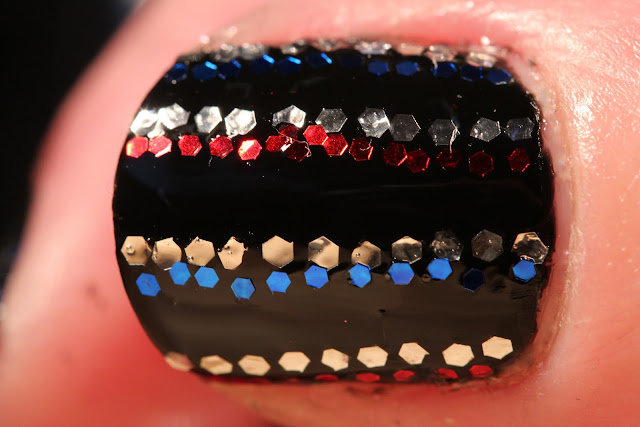 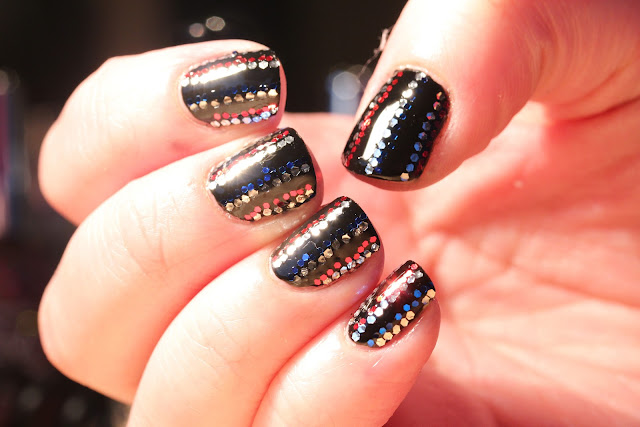 The Verdict: Love the silver, hate the red, white and blue.  On it's own, the silver glitter looked like pretty pin stripes.  If I'd just stuck to red or blue, not both...sigh.  At least with so much top coat I practically have a sun flare off my nails in my last picture which makes me happy.  I love doing these manis :)